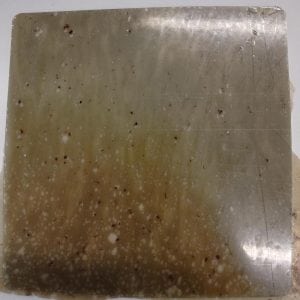 Sheet obtained from marine plastics to test their recyclability.

Spanish fishermen have pulled a sample of nearly 1,800 pounds of marine litter from the ocean. Now, researchers are working to see what kinds of products the recovered material could be recycled into.

The work is part of the European project called REPESCAPLAS, which involves studying the composition of marine litter, analyzing its toxicity to marine life and finding new plastics recycling end markets for it.

Spanish plastics technology center AIMPLAS recently authored a paper for Plastics Recycling Update, providing an update on the project. In it, AIMPLAS researchers Eva Verdejo Andrés and Sonia Albein Urios note that PE and PET were extracted from the marine litter mix, processed and analyzed for recycling potential.

One of the project’s goals is to communicate to the plastics sector the possibility of marine litter recycling, they wrote.