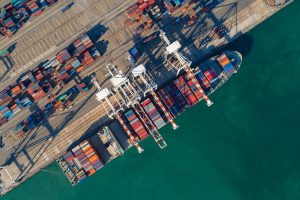 Officials in China have announced an enforcement campaign to implement the country’s new import restrictions.

Dubbed Blue Sky 2018, the action will run from March through December, according to China’s General Administration of Customs. It will focus on preventing the import of recovered materials named in the country’s ban on certain recyclables, which took effect Jan. 1, as well as cracking down on falsified import documents. According to authorities, a common practice has been for smugglers to circumvent import regulations by illegally using another company’s import license.

Blue Sky 2018 follows a smuggling enforcement action of the same name in 2017. Customs inspectors across the country carried out a handful of coordinated actions throughout the year, including in November and December.

The campaign is related to National Sword, a wider smuggling crackdown launched in February 2017 targeting a variety of materials. “National Sword” has come to be used in the West as a catch-all term for China’s recyclables import restrictions. In a statement to Resource Recycling, Harry Lee of the China Scrap Plastics Association (CSPA) described Blue Sky as “further development of Green Fence and National Sword” in the crackdown on illegal scrap imports.

According to state news outlet Xinhua, last year’s Blue Sky actions led to the seizure of 866,800 metric tons of solid waste and hundreds of arrests. An online translation of a Chinese customs report explains that the campaign targeted importers who smuggled plastic, mainly through the use of purchased licenses, and then resold the material to domestic unlicensed factories and workshops for processing.

This year, the action is focused as much on the banned recyclables as it is on import permit fraud. According to a news release from the General Administration of Customs, the enforcement is a way to implement the new import policies. A translation of the release was provided by CSPA.

Meanwhile, China has issued seven rounds of import permits this year, and the trend continues to show sharply reduced plastic volumes. The most recent batch, issued Feb. 23, approved imports of 2,207 metric tons of scrap plastics. Overall, 26,509 metric tons have been approved so far in 2018.