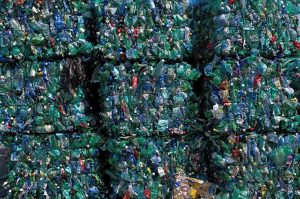 The value of recovered HDPE and PET packaging is flat as the new year begins.

Plastics reclaimers have submitted price bids for bales generated on the East Coast that are similar to those paid in late 2017.

High-density PE containers are moving for 32 cents to 33 cents per pound (truckload quantity picked up). This is down very slightly from December’s price. In comparison, the top HDPE bottle price in 2017 was about 37 cents per pound, and the lowest was 25 cents.

For PET, January’s opening price of about 14 cents per pound merely continues the pricing of late 2017. PET bale producers were paid a high of 17 cents per pound last year, with the low being about 11 cents.