In My Opinion: Consider the benefits of oxo-biodegradables 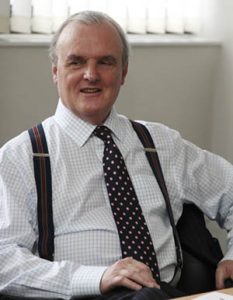 Recyclers depend for their survival on demand for plastic products made with their recyclate, but plastic is under attack from environmentalists, and line after line – and sometimes whole factories – are closing.

Plastic is attacked because it will lie or float around for decades if it gets into the open environment, and thousands of tons are getting into the oceans despite the efforts of governments and NGOs. Bag bans and taxes, and incentives to reduce and recycle, are not enough.

However, plastics factories can now defend themselves from these attacks by combining oxo-biodegradable plastic (OBP) technology with plastic recyclate, using their existing machinery and workforce, at little or no extra cost. Their products will not then lie or float around for decades.

The big concern at present is about microplastics in the oceans, most of which come from conventional plastic items (whether recycled or virgin) that have embrittled and become fragments of plastic.

While plastic waste in the environment can be reduced by suitable policies, the only way to prevent plastic fragments getting into the environment entirely is to ban all plastics, which is clearly disproportionate and not practicable. Nobody doubts that all plastics (OBP, crop-based and conventional) will fragment as they degrade, but OBP has been designed to convert rapidly in the open environment at the end of its useful life into low-molecular-weight materials that are no longer pieces of plastic.

Similarly, nobody doubts that the length of time that this process takes will depend on conditions in the particular place. It will take longer if (rarely) OBP is not exposed to any sunlight, but exposure to sunlight is not essential. Equally, nobody doubts that under the same conditions in the open environment OBP will become biodegradable much more quickly than conventional or crop-based plastic.

We are aware some recyclers worry that because the additives in OBP aid biodegradation of plastics in the environment, they’ll also compromise the long-term integrity of goods when plastics containing the additives are recycled into new products. The Institute of Scrap Recycling Industries (who have not consulted with us) wrote an op-ed suggesting oxo-biodegradable technologies may damage the quality of recyclate. A group of stakeholders has recently also voiced concerns about these materials.

It is vital to distinguish between the two main biodegradable plastic technologies and not tar them both with the same brush.

OBP is made from polymers such as PE and PP and contains a catalyst (which is not a heavy metal). It is designed according to ASTM D6954 or BS8472 to degrade and then biodegrade in the open environment in months rather than decades.

It is essential to understand that oxo-biodegradable plastics do not just fragment. It is not just the plastic that breaks up – it is the molecular structure within the plastic. This has now been accepted by Eunomia consultants, who were appointed by the European Commission to advise them on oxo-biodegradable plastic. OBP products rapidly convert at the end of their useful life into materials with a low molecular weight that are no longer plastics and have become a food source for naturally occurring bacteria and fungi.

Because of the concerns of recyclers, extensive tests were done by Roediger Laboratories of Stellenbosch, South Africa. They concluded that “plastic products made with OBP technology may be recycled without any significant detriment to the newly formed recycled products,” and further tests by the Transfercenter fur Kunsststofftechnic Gmbh (TCKT) laboratory in Austria came to the same conclusion, regardless of whether the new products are short-life or long-life products. The reports are published on the Oxo-biodegradable Plastics Association (OPA) website at biodeg.org/recycling.

By contrast, compostable plastic (also known as bio-based, or bioplastic) made from a blend of oil-based and starch-based materials/crops, is tested according to ASTM D6400 or EN13432 to biodegrade in the special conditions found in industrial composting or anaerobic digestion units.

The recycling reports on the OPA’s website also conclude that this “compostable” type of plastic could not be safely recycled with conventional plastic. In fact, there have been several stories in the trade press recently about recyclate from Southern European countries causing defects and ruptures in new film. When you read a little further, you discover that the defects are caused by substances used in the manufacture of “bio-based” plastics, made from starch, polylactide (PLA) and polybutylene adipate terephthalate (PBAT).

This is a problem for recyclers that will get worse, because governments in France, Italy, Spain and now Greece have been persuaded by the manufacturers of these “bio-based” plastics to prefer their products, even though they are not designed to biodegrade in the open environment. If recyclers want to campaign against biodegradable plastic, they need to focus on the threat to their industry from “bioplastics.”

Conventional plastics and OBP are made from a byproduct of oil refining, so the same amount of oil would be extracted from the ground even if plastic did not exist. There is no need to switch to expensive crop-based alternatives, which consume land and water resources as well as fossil fuels, and have many serious limitations.

Governments in the UK and Europe must stop dithering and make it mandatory for all short-life products made from PE or PP to be made with OBP technology. This has already been done in Saudi Arabia, the UAE and other countries in Asia and Africa, and soon in Latin America. These countries don’t want to leave plastic waste in the environment as a problem for future generations, and they understand that OBP offers an “insurance policy” if all else fails.

The OPA has worked with Eunomia Consultants and the European Commission, and has compiled a 459-page technical dossier proving that oxo-biodegradable plastics do convert rapidly into biodegradable materials in the open environment, that the material is consumed by microorganisms on land and sea, and that if it gets collected during its useful life OBP can be safely recycled with ordinary plastics without the need for separation.

Despite all this, recyclers have been reluctant to engage with the OPA. It is high time that misinformation and mistrust was replaced with pragmatism, sound science and cooperation. We’re ready when they are. The sad fact is that the lack of engagement between the recyclers and the OPA is having a detrimental effect on the plastics industry, on the recyclers themselves, and on the environment, too.

Frankly, we need to talk.

Michael Stephen is chairman of the Oxo-biodegradable Plastics Association.