Why US industry is backing SE Asia recycling infrastructure 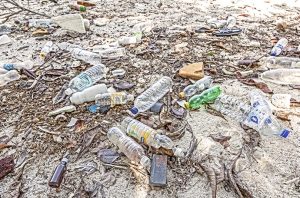 Organizations raising $150 million to prevent ocean plastics in Southeast Asia say the region will present challenges wholly different from those in the U.S. Two groups recently offered new details on the goals and logistics of the effort.

Announced Oct. 4, the project will raise money to fund waste management and recycling solutions in the region, which contributes greatly to the global ocean plastics problem. Supporting the effort are the Ocean Conservancy, Trash Free Seas Alliance and Closed Loop Partners, which will manage funding for the project.

In looking at Southeast Asia, Closed Loop Partners described a gap between what’s currently possible on the ground, the investment opportunities, and expertise and knowledge about waste management infrastructure.

“That’s what we bring to the table, is an understanding of those systems, but there’s a lot of things we don’t know firsthand,” said Rob Kaplan, managing director of Closed Loop Partners. “The local context, culture, behavior change elements – it’s not going to be as simple as rolling out carts. It’s significantly more complicated.”

Some major names are behind the dollar commitment. The Trash Free Seas Alliance is made up of 28 nonprofit and for-profit organizations. Five members of the group have already pledged money to the effort: PepsiCo, 3M, Procter & Gamble, the American Chemistry Council (ACC) and the World Plastics Council.

Closed Loop Partners, which has invested millions into recycling infrastructure in the U.S., increased its interest in addressing ocean plastics about a year ago. Its investors were putting more and more emphasis on global waste management issues, and the organization began talking with its advisory board about the possibility of using its funding model to help develop recycling infrastructure in emerging markets. The move came as public awareness of ocean plastics as a global environmental problem grew.

“Five years ago, it was barely on the national agenda,” Kaplan said. “Today it’s on the global agenda, at the G8, the U.N., everywhere.”

In the U.S., the Closed Loop Fund has focused on funding projects in the collection, sortation, processing and end-market development arenas. It’s too early to say specifically which types of projects the Southeast Asia fund will finance, but so far the partners anticipate a similar strategy, said Bridget Croke, Closed Loop Partners’ head of external affairs.

“Our hypothesis today is that we will likely invest across the whole value chain like we are in North America, because there are solutions that are needed across that,” Croke said.

That being said, Closed Loop Partners knows that Southeast Asia presents a different challenge. For instance, in the U.S. there’s a regulatory framework in place that helps back many U.S. programs as they develop. Additionally, landfill tipping fees limit lower-cost alternative options.

But in an emerging economy in which residents have dumped trash in waterways for generations, introducing recycling – let alone charging for the service – is a much different proposition, Kaplan said.

The recognition of local conditions is something ACC liked about Closed Loop Partners’ approach to the project, said Steve Russell, vice president of plastics at the ACC.

“One of the things that’s really attractive to us about the way Closed Loop Partners is approaching this is they are crystal clear that whatever we fund needs to be respective of local conditions and to respond to the local needs, rather than our preconceived idea of what might be needed,” Russell said.

Nearly half of the plastic that flows into the ocean every year comes from five countries: China, Indonesia, Philippines, Thailand and Vietnam. Russell said he expects the initial investments to be in Indonesia and the Philippines. That’s because those countries’ leaders have identified the issues as national priorities, and they’ve expressed a desire in different ways to partner with NGOs and the private sector, Russell said.

But the specifics of how disbursement will work and how the fund is organized are still in development.

“We’re not sure exactly the appropriate structure for this kind of entity,” Kaplan said. He explained the organizers don’t necessarily want to prescribe those decisions at this stage, because much of the logistics will depend on where the projects are. Some of the uncertainty is due to the fact there haven’t been similar projects on this scale in the past.

There’s also not a good sense of how to deploy capital to this region, Kaplan said, but that’s because there hasn’t been capital available to deploy.

Russell said the first phase of the project involves establishing the funding mechanism and conducting scoping and validation exercises in the target countries. He expects that work will be completed next year. The plan is to fully capitalize the fund within three years.

As is the case with the Closed Loop Fund’s operations in the U.S., the money will help catalyze further investment but isn’t intended to pay the whole bill. That’s one of the things ACC liked when it examined the business plan developed by Closed Loop Partners, he said.

“Catalytic investment is money that’s designed to unlock the participation of people who otherwise might not invest,” he said.

Beyond specifically addressing Southeast Asia, one of Closed Loop Partners’ goals, particularly with the first phase of the project, is to create a sort of playbook for how to apply this funding model in different markets.