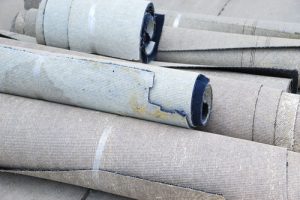 A California bill mandating that carpet stewards achieve a 24 percent recycling rate continues to advance in the legislature. Meanwhile, carpet makers are sticking with their beleaguered stewardship group, instead of submitting alternative collection and recycling plans.

In its 2016 program report, CARE said it has “set mechanisms in motion to ensure continuous and meaningful improvement today and well into the future.” The first quarter of 2017 showed a 16 percent recycled output, CARE noted.

The situation has caught the attention of state lawmakers.

The authors of Assembly Bill 1158 cited the use of consumer fees as one of the justifications for their bill. The legislation requires a carpet stewardship plan to achieve a 24 percent recycling rate for post-consumer carpet by 2020. It also puts limits on how CARE can use the consumer fees, prohibiting their expenditure for legal fees, for example.

The bill establishes an advisory committee and paves the way for minimum-recycled-content standards in state agency carpet procurements.

AB 1158 was approved by the State Assembly on May 30 in a 73-2 vote, and it is now under consideration in the Senate.

Meanwhile, as part of its enforcement efforts, CalRecycle gave carpet manufacturers until Aug. 15 to indicate whether they wanted to continue their membership in CARE or submit alternative carpet recycling plans.

A handful of manufacturers have indicated they’re out of business or will otherwise stop selling carpet in California. But all of those that responded by deadline and plan to continue selling carpet in the state indicated they will stick with CARE, according to CalRecycle. Their responses were obtained by Plastics Recycling Update via a public records request (other companies that had not been contacted by CalRecycle also submitted responses indicating they’ll continue their membership in CARE).

CARE is now working on a revised plan, which it must submit by an Oct. 19 deadline. A decision by CalRecycle would then be expected by the end of the year.