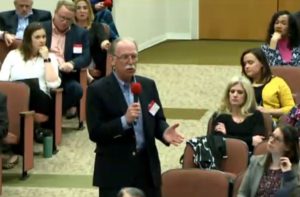 A stewardship group has pledged to submit a new carpet collection and recycling plan to California regulators, as state officials this week detailed their plans for bringing the hammer down.

The California Department of Resources Recycling and Recovery (CalRecycle) released a draft enforcement plan against carpet manufacturers, and department staff discussed the plan during a May 16 meeting.

Recycling carpet face fiber can yield post-consumer nylon, nylon 6,6, PET/PTT and PP. In some cases, the plastics can even be recycled back into new carpet. Compared to beverage containers, carpets are difficult to recover plastics from because they contain multiple materials bound together and are designed for durability and longevity.

For years, CalRecycle has said the collection and recycling plans submitted by the Carpet America Recovery Effort (CARE) on behalf of manufacturers have failed to meet state standards.

But this year, in particular, the nation’s first mandatory carpet stewardship program has been thrown into turmoil. In March, CalRecycle fined CARE millions of dollars, alleging past plans were insufficient. CARE has requested a hearing to contest the fines. In April, the CalRecycle director rejected CARE’s proposed 2017 stewardship plan. Under state law, manufacturers aren’t supposed to sell their carpet in the California market unless their products are covered by an approved stewardship plan. That’s why the department has now drafted an enforcement plan.

Instead of going after carpet wholesalers and retailers, as state law allows, CalRecycle is proposing to focus enforcement solely on manufacturers. The department has proposed requiring each manufacturer by Aug. 15 to indicate whether they want CARE to continue acting on their behalf, whether they want to join a different stewardship group or whether they will file their own plan. It has also proposed an Oct. 19 deadline to submit new plans.

Failures to respond to CalRecycle or submit new plans will mean fines for individual manufacturers. Under state law, CalRecycle can issue fines of up to $10,000 a day. CalRecycle will consider approving the final plan at a June 20 meeting.

Bob Peoples, executive director of CARE, told the CalRecycle staff during the May 16 meeting that he thinks the draft enforcement plan is a balanced and fair approach to an economically and technically challenging problem. After conferring with stakeholders, CARE will submit a new plan before the deadline, he said.

Nick Lapis of environmental advocacy group Californians Against Waste (CAW) said the draft enforcement plan is more than fair, given the number of notices the industry has received to date.

“I’m, frankly, not even sure you should be giving as much time as you’re giving under this plan,” he said. “You are being very generous in the time you’re giving here.”

Mark de Bie of CalRecycle responded that the agency’s first approach is to get people into compliance, turning to enforcement only when that fails.

“I’ll let my kids know that I’m being very generous here in this situation,” he said, “because I don’t get it at home.”