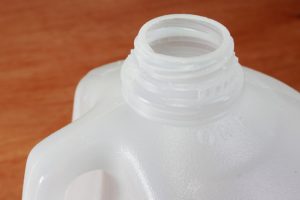 Canadian HDPE recovery offset decreased recycling of other resins in 2015, according to a recent report, giving overall plastic packaging recycling a net increase for the year.

The increase was also largely due to more processing of materials within Canada.

The report from Moore Recycling Associates, which recently changed its name to More Recycling, was completed for the Canadian Plastics Industry Association. It covers plastic packaging, a category that includes plastic bottles, non-bottle rigid plastics and flexible film packaging.

Overall plastic packaging collection hit at least 322 million kilograms (710 million pounds) in 2015, according to the report. The reported figures are couched as minimum volumes because the study is conducted as a voluntary survey that’s sent out to 500 North American companies.

This is the seventh year the study has been conducted.

Besides a net collection increase, the report shows the portion of plastic packaging that is processed in Canada is on the rise. Canadian reclaimers handled about 66 percent of overall plastic collected in the country, which equals about 470 million pounds. That’s a 9.7 million pound increase over 2014, a year marked by sharp declines in Canadian plastics processing.

Meanwhile, U.S. processing of Canadian collected plastic decreased slightly in 2015, but far less drastically than it did in 2014. Exports, meanwhile, increased just 313,000 pounds, substantially less than the 17.6 million pound uptick seen in 2014.

“This increase was due to increased domestic recycling of natural HDPE bottles in 2015, which continues the trend of the past few years,” the report stated.

Although the report shows PP collection decreasing to less than half its 2014 collection figure and non-bottle rigids on the rise, the researchers acknowledged that this is likely “due to a correction in the data for volumes of material previously reported as PP bottles that actually included a mix of bottle and non-bottle rigid plastic.”

The year 2015 was actually a fairly rough one for non-bottle rigids, the report explained, as “low resin prices at the end of 2015, and into 2016, hurt the growth of non-bottle rigid plastic recycling facilities in North America.”

PET bottle collection decreased by 6.6 million pounds to 242.5 million pounds. The PET figures came from a second survey of PET bottle reclaimers conducted by the Association of Plastic Recyclers (APR) and the National Association for PET Container Resources (NAPCOR).

Despite the PET decrease, the bottles continue to account for an important segment of the recovered plastic market, making up about a third of collected weight in 2015.

Plastic foam recovery in Canada experienced a slight increase to 6.4 million pounds, although the report indicated the response rate from foam companies is still too low to draw any definitive conclusions about trends.