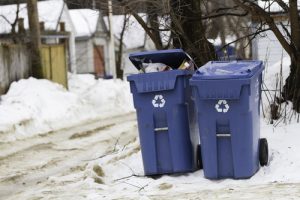 The Closed Loop Fund is nearly three years into its mission of funding recycling infrastructure across the U.S., and it has invested about a fifth of its hefty budget during that time.

More than $20 million has been injected into 11 projects at sorting and processing facilities and municipal collection programs since the fund launched. But that figure doesn’t tell the whole story. Part of the group’s goal when it funds a project is to attract co-investors, and its seed money has led to $50 million in co-investments, for a $70 million total impact.

“Our money is catalytic,” Bridget Croke, leader of external affairs at Closed Loop Fund, said in a recent webinar hosted by the National Recycling Coalition. “But that’s not enough, so our key thesis moving forward and from the get go is we want to unlock additional capital.”

Closed Loop Fund launched in 2014 as a collaborative investment program funded with $100 million by nine major companies. Its most recent investment was $2.2 million in funding to Minnesota-based Eureka Recycling.

The webinar offered a general update on Closed Loop statistics. The fund, which offers zero-interest and below-market-rate loans to spur recycling investments, has received 150 requests for funding. Through the 11 selected projects, roughly 110,000 tons of material have been diverted from landfill, Croke said, constituting more than 255,000 tons of greenhouse gas (GHG) emissions avoided. Those investments have reached nearly 1.2 million households, Croke said, and have resulted in $559,000 in direct economic benefit to municipalities.

Resource Recycling, sister publication to Plastics Recycling Update, has reported on many of the fund’s chosen projects. Croke explained projects were chosen based on their scalability as a case example for other communities, the amount of tonnage they divert from landfill, their ability to report the loan’s impact clearly and their capacity to pay back the loan.

“We feel like it’s important to have a payback on these loans, but also to make sure we are taking the risk so these programs can go on much faster than they would have,” Croke said.

The group recently announced it is seeking to invest in projects that increase polypropylene (PP) recovery, offering up to $5 million in loans for each chosen project.

“This is really inspired by us seeing there is a high-value material we’re not getting enough of in the market, and has a lot of opportunity to add value in the system,” Croke said.

Closed Loop Fund is also interested in investing in multi-family collection, Croke said, as it’s a challenge for communities and often brings down an urban area’s diversion rate. For now, the fund is most interested in communities that opt for single-stream recycling programs, which have received most of its investment dollars.

“We’re not myopically focused on single-stream, but we do think that’s the direction things are going, and it increases tonnage,” Croke said. 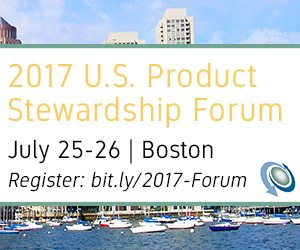