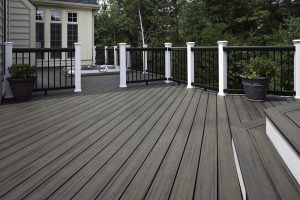 No increase in pellet sales

Trex, the largest consumer of recovered PE film in the country, began selling LLDPE pellets in 2015 as a way to monetize the excess raw material from its own recovered PE purchases. In previous updates to investors, company officials predicted the pellet sales could bring in $50 million to $80 million within four years of beginning sales.

But a year later, with low oil prices driving down demand and prices for recovered PE, Trex CEO James Cline announced the company was reducing the amount of recyclable PE it buys, lessening the excess available for resale.

In last week’s update to investors, Cline said there is “no increase anticipated of any significance related to our pellet business” and did not speculate about what effect rising PE prices would have. He said the company’s record sales “more than offset our planned reduction” in recycled LLDPE sales.

Still, Trex’s pellets recently received attention from the International Code Council, which certified that the company’s “Spartan” and “Cardinal” LLDPE pellet lines are both made from 100 percent post-consumer content.

“Companies can be assured that using Trex pellets can help meet their recycled content requirements and sustainability goals, while reducing their reliance on virgin and off-spec resin,” Dave Heglas, the company’s senior director of material resources, stated in a press release.

During the investor update, Cline said the certification “is beginning to generate a modest level of interest with bag manufacturers both here and overseas,” but he added that “it remains to be seen how impactful that will be.”