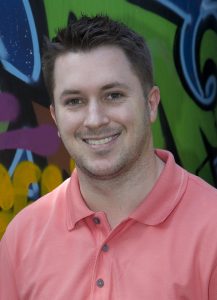 In the run-up to next month’s Plastics Recycling 2017, we sat down with some of the industry experts who will be taking the conference stage. This week, we offer a Q&A with Brett Stevens of TerraCycle, who discusses his company’s partnership with a consumer-products giant to turn marine debris into new packaging.

Stevens is the vice president of material sales and procurement for New Jersey-based TerraCycle, a company that has worked with a variety of entities to help recover materials such as coffee capsules, plastic gloves and other items that can be difficult to integrate into traditional recycling streams.

At Plastics Recycling 2017, Stevens will be participating in a plenary session on Wednesday, March 8, focusing on the issue of plastic pollution in waterways around the globe. His presentation will outline TerraCycle’s partnership with Procter & Gamble (P&G), through which plastics recovered on beaches become feedstock for the production of shampoo bottles.

Plastics Recycling Update: How did TerraCycle become involved in the ocean plastics issue? How has the initiative compared with other TerraCycle efforts to recover materials that are outside the traditional recycling stream?

Brett Stevens: TerraCycle has long been aware of the issue with ocean and beach waste. P&G approached us about addressing this issue and challenged us with the packaging integration idea. From there, TerraCycle mapped out the entire supply chain – collection, storage, sorting, cleaning, processing, compounding – and came back with a robust proposal that we tweaked together through the R&D/proof-of-concept phase. The result was this big announcement with P&G and Suez at the World Economic Forum, which we’re all very proud of.

While this project no doubt comes with its own unique challenges, it is very much in line with the type of work that TerraCycle normally does. We focus on collecting and recycling the traditionally non-recyclable materials of the world, so most of what we touch is outside the traditional recycling stream. The magic is how we transform those streams into a usable format for a new application, thus making them recyclable. We couldn’t do any of this without the help of the world’s leading consumer packaged goods companies, whose sponsorship makes the economics work.

What are the biggest things the plastics recycling industry as a whole can do to help reduce the amount of plastic materials ending up in waterways across the globe?

The biggest issue we see in the plastics industry right now is the complicated nature of the packaging. Since TerraCycle doesn’t deal much in the traditional commodities that are municipally recyclable (pure HDPE, PP, PET, etc.), I won’t speak about those items. Our focus is on the traditionally non-recyclable streams, or the No. 7 plastics. They present challenges in the sense that they’re difficult and costly to separate, and the resulting applications that they can go into are limited. In order to reduce the amount of plastics that end up on beaches and in waterways, we need to do a better job of educating consumers about what can be done with the products at the end of their consumption. Part of this starts with the packaging suppliers and the brands, where instead of using less overall packaging, we would encourage them to use less-complicated materials that are traditionally recyclable.

TerraCycle is certainly different than your traditional recycling operation. What do you most like about working there and what can other industry entities learn from the TerraCycle approach?

The thing that I like most about working for TerraCycle is that no two days are the same. We’re constantly presented with crazy projects and challenges, so each member of our team wears multiple hats to get the job done.

The most interesting thing about our business compared to traditional entities is the way we tackle these challenges. When traditional recyclers look at whether an item can be recycled, it’s a question of economics: Is the cost of collecting and processing this material less than the value of the recovered material? If the answer is yes, they’ll typically give it a shot. If the answer is no, the stream is usually destined for landfill or incineration.

TerraCycle looks at things the opposite way: Can the material be technically recycled, and/or do the processing mechanics exist to get it done? If the answer is yes, we engage our team to price this out and then put together a supply chain to prove the concept. Since this usually comes at a cost that is greater than traditional tipping fees, we have to make the case to our brand partners that it’s worth it. That’s where our account management, public relations and marketing/communications teams come in to help the brand make the case from an ROI perspective. This is something that most recycling companies don’t offer, so we’re uniquely situated in that respect.

Hear more from Stevens and other leaders in plastics recovery at Plastics Recycling 2017, March 6-8 at the Hyatt Regency New Orleans.