How British Columbia can improve its packaging EPR effort 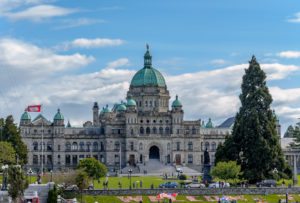 A government auditor in British Columbia has released a report on the Canadian province’s EPR (extended producer responsibility) program for printed paper and plastic packaging. Overall, the auditor is pleased with the program but does identify areas for improvement.

Under British Columbia’s EPR law, producers and distributors of certain products are responsible for paying for their disposal. A stewardship agency called Multi-Material BC (MMBC) collects fees from producers of printed paper and packaging (PPP) to coordinate the recycling. In the first full year of the program, 2015, MMBC reported a 77 percent recovery rate.

The report said stakeholders expressed concerns over the quality of the reports stewardship agencies are required to provide regarding certain areas such as recovery rates and collection methods. Third-party agencies are used in the reporting, and the province’s Ministry of Environment is making steps to ensure the accuracy of the reports, said the audit.

In the future, the auditor would like to see an improvement in the quality of the reports on the outcome and results of the program.

Under British Columbia’s program, producers of PPP must have a plan for recovering their items, or join on with a stewardship agency. Many producers say managing a province-wide collection and recycling system for just one or two products would be costly and inefficient, which is why they join a stewardship agency.

Currently, MMBC is the only option for producers. Some stakeholders expressed concerns over the lack of competition, but others are concerned that more stewardship agencies could decrease efficiency and recovery rates.

The audit found that the ministry is adequately investigating the effects of competition.

In the report, stakeholders expressed concerns about “free riders” (or those materials producers that do not pay the fees required of them to fund the recovery program) and what the ministry is doing about them. The report identified newspaper producers as serious violators of the EPR program. “The ministry estimates that the underfunded costs to MMBC of recycling newspapers are approximately $3 to $5 million per year,” said the report. According to the ministry, all newspaper producers remain non-compliant, despite enforcement action that started in November 2015.

But the report did find that compliance and enforcement added 250 obligated producers to the MMBC program.

In the future, the auditor would like to see the ministry put an end to free riders all together.

The auditor found that not all communities have access to PPP collection and recycling services. “This is especially common for rural and remote communities. MMBC cites the costs of covering free riders as the reason it can’t expand its services across the entire province,” the report noted.

The ministry acknowledged providing province-wide recycling is a challenge, particularly because of the cost. It conceded that some rural communities don’t have the ability to participate in the program right now anyway.

This is an area that is being worked on, according to the report, and the auditor would eventually like to see province-wide recycling access.

Stakeholders told the auditor general they are concerned MMBC isn’t using the funds it gets from producers responsibly. However, MMBC is a nonprofit group and can’t be audited by the ministry.

The ministry isn’t overly concerned about mismanagement, but it is pushing for more transparency. For example, the ministry is encouraging MMBC to disclose all detailed financial information, and the auditor agreed with that action.

The report ends with a promise from the auditor to periodically monitor the ministry’s activities and progress, as well as continue to listen to stakeholder concerns.