How packaging stewardship is playing out in Canada 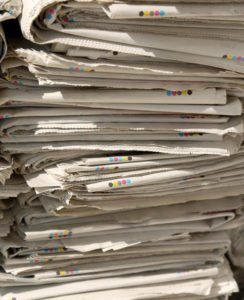 Meanwhile, in Ontario, the printed paper and packaging (PPP) recovery rate decreased slightly to around 65 percent, but that number still exceeded the target mandated by the province.

Those were a couple of key points from recent reports posted by stewardship programs in the Canadian provinces of Ontario, British Columbia and Manitoba. The following is a roundup of some key data found in the reports.

Multi-Material BC (MMBC), the stewardship group for PPP in the province, reported on its program for 2015, the first full year of the program. The industry-funded group began managing residential curbside and drop-off PPP collections in May 2014.

MMBC oversaw the collection of 186,509 metric tons of material in 2015, or 76.7 percent of what its 1,036 stewards sold into the marketplace, according to the report. The provincial government-set recycling target for 2015 was 75 percent.

The collections equaled about 43.6 kilograms (96 pounds) per capita over the course of the year. Of the total collected, 178,583 metric tons were sorted and sold into commodities markets. That means 95.8 percent of collected material was marketed.

MMBC spent 396 Canadian dollars (about $304) per metric ton to collect and recycle material, after counting revenues from the sale of commodities. The total cost came out to about CA$43 (about $33) per household.

Lower quantities of paper and glass in Ontario

Stewardship Ontario reported that municipalities in Canada’s most populous province collected 884,504 metric tons for recycling in 2014, the latest year for which data is available. That equaled about 66 kilograms (146 pounds) per capita.

Municipalities collected and recycled about 64.9 percent of what Stewardship Ontario’s 1,000-plus stewards sold into the marketplace. That represented a drop of 1.3 percentage points from the year before, but it was still above the 60 percent target set by the provincial government.

The report stated a slight decline in quantities of recovered printed paper and glass accounted for the rate decline.

“The primary reason for this slight increase is higher operating costs for collection and processing, as well as an increase in depot/transfer station material handling costs,” according to the report. “These resulted from new contractor rates and a rise in staffing costs.”

Under existing law, Stewardship Ontario contributes to half of the cost of collection and recycling PPP collected through what’s called the Blue Box program. However, the province’s Legislative Assembly in early June passed a bill ushering in full extended producer responsibility for printed paper and packaging (PPP). The legislation will lead to producers assuming the full costs of collection and recycling their products while also giving them greater control over recycling program management.

Multi-Material Stewardship Manitoba (MMSM) released the 2015 report for its program, which provides funding to municipal programs to help defray their PPP recycling costs. The payment rate, which varies depending on the size of the municipality, is meant to account for up to 80 percent of the costs of collection and recycling.

In 2015, municipalities in the province collected 83,200 metric tons of material for recycling, or about 73 kilograms (161 pounds) per person, MMSM reported. The majority of weight came from the Winnipeg area, where about 63 percent of the province’s residents live.

The 2015 data didn’t include a recovery rate. That data is expected to be released this fall. MMSM did report a 2014 recovery rate, however, noting that 64.9 percent of what its stewards sold into the marketplace was recovered in 2014. That was two percentage points higher than the year before.

MMSM’s program began in April 2010 and today covers an area with 1.14 million people.