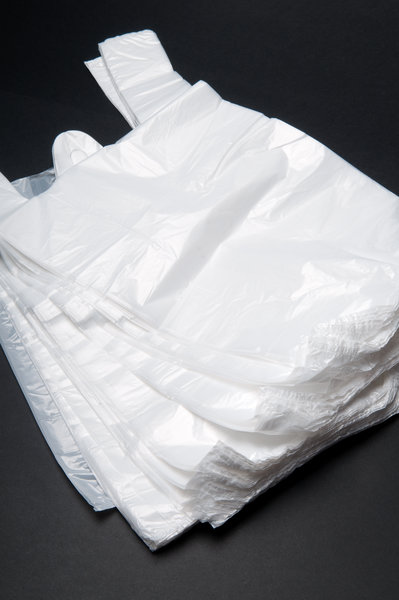 With about 10 weeks left until election day, bag manufacturers have donated $6.1 million to the American Progressive Bag Alliance (APBA), which aims to persuade voters to nix the statewide ban. Nearly half of the funding – or $2.78 million – has come from Hilex Poly, a Novolex company.

In the other court, ban supporters, who count grocers and environmentalists among their ranks, have raised nearly $1.4 million to defend the ban, which was passed by legislators and signed by the governor in 2014.

With nearly 40 million people, the Golden State is a major battleground in the plastic bag war, which has been waged for years at the local government level and, more recently, in state legislatures.

Pair of propositions for voters

In California, voters on Nov. 8 will decide on two bag-related propositions, both backed by the APBA. Proposition 67 deals with the statewide ban itself.

The Golden State now has 150 different jurisdictions with bag bans, with San Diego being the latest to pass one.

If the statewide ban is overturned by voters, the local restrictions would remain in place.

“The industry has been committed to fighting policies that ban or tax or put fees on a 100 percent recyclable products,” said Jon Berrier, spokesperson for APBA. “This is terrible legislation that should not be replicated anywhere in the country.”

He added the California legislation is particularly misguided because it allows grocers and retailers to keep the bag fees, he said. The fees will more than cover their overhead costs and create new profit streams, but consumers don’t realize they’d be allowed to keep the money, he said.

“(For grocers and retailers) the motivation, ultimately, is to keep the fees on these bags under the guise of an environmental bill or under some sort of environmental legislation,” Berrier said.

One of those groups, California vs. Big Plastic, an umbrella group for various ban supporters, has received funding from environmental groups Californians Against Waste, the Surfrider Foundation, Environment California, the California League of Conservation Voters and the Natural Resources Defense Council.

It has also raised significant money from grocery stores, and the single biggest checks came from Albertsons Safeway ($150,000) and the California Grocers Association ($100,000). A couple of reusable bag companies also contributed money.

“It’s hard for any business when you cross the street to one store (and) it has a different set of rules from the one on the other side of the street,” said Steven Maviglio, a spokesman for California vs. Big Plastic.

Maviglio said manufacturers will need to spend tens of millions of dollars to get attention during the upcoming election cycle. This fall Californians will decide on 17 different measures, including those dealing with controversial issues such as the death penalty, marijuana and guns.

“[The $6.1 million spent by manufacturers] is big money, but in California, for 17 ballot measures, it’s essentially petty cash,” he said. “For them to actually make a difference it’s going to cost them way beyond what they were ever dreaming about two years ago.”

APBA’s Berrier agreed the campaign costs will be high.

“No doubt California is an exceptionally expensive state to run voter contact campaigns,” he said. “That’s been well documented and it’s certainly going to be the case this year.”