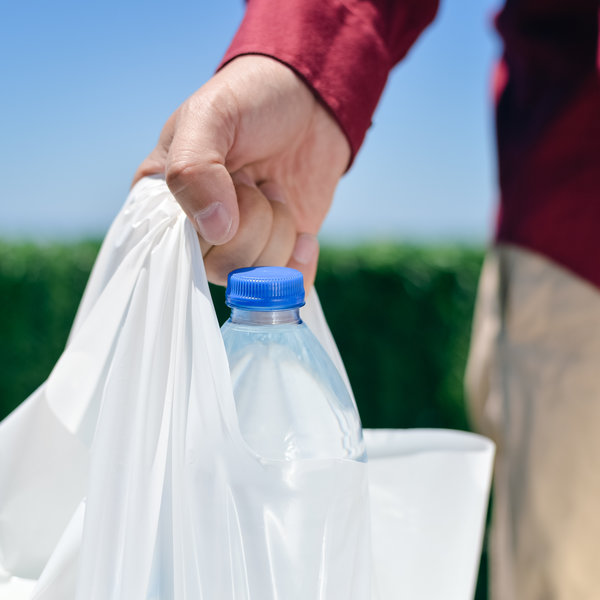 The San Diego City Council has voted to ban plastic bags at large grocery stores, pharmacies and other markets, making San Diego the 150th municipality in California to limit use of the items.

Once the ban takes effect, large grocery stores will have six months to comply, while smaller convenience stores will have a year. After that grace period, stores could be fined up to $2,500 a day if they aren’t in compliance.

Stores will also be required to track the number of paper bags they hand out to customers during the first three years of the ban. The ordinance calls for retailers to charge 10 cents for those bags.

The ban doesn’t include restaurants or department stores, and it doesn’t prohibit smaller plastic bags used for produce or meat, according to the San Diego Tribune.

The ban comes before a November election where California voters be presented with two plastic bag initiatives. One asks voters whether or not the state’s bag ban should be overturned, and the other asks voters to redirect the 10-cent fee grocers collect from each paper bag sold to environmentally focused projects. Both of those initiatives are backed by the American Progressive Bag Alliance (APBA), a group made up of bag manufacturers and resin companies.

In fall of 2014, California became the first state to pass a statewide ban on plastic bags, but the legislation has yet to take effect because opponents were able to bring the issue to voters.

“It’s disappointing that San Diego politicians today put the interests of corporations over families,” said Lee Califf, executive director of APBA. “Like other local bag ordinances in California, this law will do nothing to benefit the environment or residents while letting grocers make millions annually in new bag fees.”

San Diego officials predict the ban will eliminate about 95 percent of all plastic bags handed out in the city.