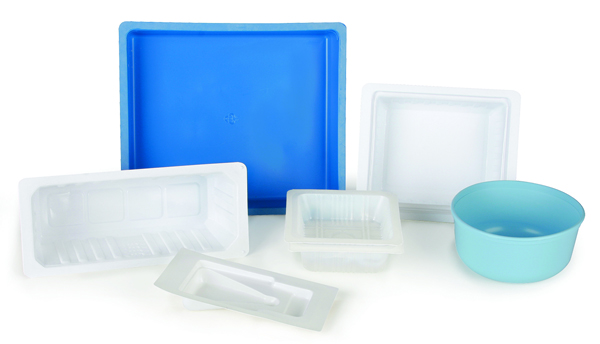 An eight-month initiative in several Chicago hospitals aims to collect 100 tons of plastic and demonstrate the business case for health-care plastics recycling.
The project, announced by the Healthcare Plastics Recycling Council (HPRC), will target the volumes of PP and PE available from clinical settings. Founded in 2011, the St. Paul, Minn.-based group encourages packaging reduction and increased recycling of packaging in hospitals and other medical facilities.

HPRC was a winner of the 2014 Recycling Innovators Forum, organized by Resource Recycling, Inc., the parent company of Plastics Recycling Update.

“We’ve already seen recycling successes on a single-hospital basis,” Tod Christenson, HPRC director, stated in a press release. “The next logical step is to expand upon those successes and validate that beyond the environmental benefits, there exist sound economic benefits – that recycling health-care plastics makes good business sense.”

The 100 Tons Project, as it’s called, will focus on non-infectious plastic packaging and products from clinical areas of hospitals, including PP and PE sterilization wrap as well as bottles, basins, pitchers, trays, Tyvek and rigid and flexible packaging.

Four hospitals have agreed to participate in the project, although others may join, according to the press release. Waste Management of Illinois, Lakeshore Recycling Systems and Antek Madison Plastics Corp. will transport plastics and provide support. Barger, the medical packaging arm of packaging producer Placon, will lend financial support as an end user of the recycled resins.

The project, launched in collaboration with SPI: The Plastics Industry Trade Association, began in late March and runs through November.

In 2013, U.S. health-care facilities generated an estimated 29.3 pounds of waste per bed per day, up to a quarter of which is plastic, according to a Sept. 2015 report by HPRC. The report cited an earlier examination of Stanford University’s hospital and clinics that found the following were available for recycling each year: about 34 tons of PP blue wrap; about 29 tons of LDPE, PE and non-woven HDPE films and Tyvek peel packs; and about 16 tons of PP and PET rigid trays.