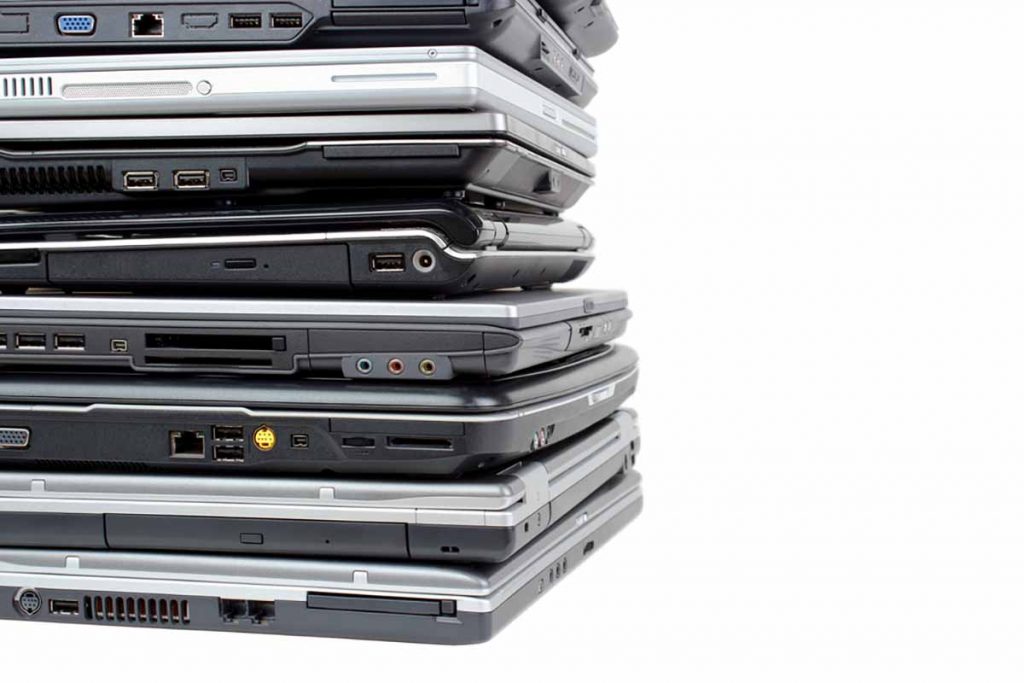 ITAD service providers saw used equipment prices skyrocket during the pandemic; now they have to reckon with a market leveling out at lower values amid recession worries. | Ari N/Shutterstock

Prices for refurbished PCs have fallen in the past year alongside ongoing uncertainty in the economy, but ITAD players said the market appears to have leveled off – for now.

Chris Ko, CEO and co-founder of electronics recycler ER2, said he’s seen a drop in demand for desktops of around 30% in the past year. Laptop demand leveled off and is holding steady, he added, but pricing has fallen by about 40%.

The company’s sell-through rate in a 30-day period is around 52%, Ko said, “which means we’ll sell all our products in a 60-day period of time roughly.”

He added that ER2 has roughly 15,000 laptops in inventory, and moving through that much product in two months demonstrates demand in the marketplace.

“But pricing has dropped off,” he said.

The economic factors affecting the used PC market are multifaceted: inflation’s impact on consumer spending, corporate IT shifts tied to remote working and pandemic policy in Asia, to name a few.

E-Scrap News recently spoke with a handful of refurbishers to understand what they’re seeing in the market, as well as how they’re responding.

On the heels of a ‘phenomenal’ period

George Hinkle is president of ITAD and e-scrap recycling company Arcoa Group, which is headquartered in Waukegan, Ill. and has processing locations in that city as well as Akron, Ohio and Kenosha, Wis.

Hinkle said used equipment prices started to soften in spring 2022, but by December they had begun to level off. He pointed out that the decline was from extremely high pricing immediately following the pandemic, which boosted demand for the computer equipment needed to work from home.

Those stellar prices drove a “phenomenal” year for Arcoa in 2021, Hinkle said.

“It dropped from something that was very unusual,” he said. Arcoa had forecast a drop in used equipment pricing in 2022, but the mid-2022 decline was faster than the company expected, he added.

All in all, secondary markets have “been stable,” he said.

Digital Green Global processed over 1,000 tons of material in 2022, most of it destined for recycling. In terms of resale, the company sold over 25,000 used electronics in 2022, not including harvested components or recycling commodities. His company, which mostly serves large corporate clients, has facilities in Morgan Hill, Calif., and Dallas, Texas.

Used consumer electronics haven’t been moving as fast recently, and they’ve been selling for roughly 10% to 15% lower prices than they fetched in pre-pandemic markets, Lozano said. But markets have remained good for laboratory testing equipment and server equipment, he added.

One category that has fallen is recovered memory sold and shipped to Asia. That part of Digital Green Global’s business was once a big profit generator but came to an almost complete halt after China’s coronavirus crackdowns, he said.

For ER2, the market changes means that clients are making less money on each item.

“It’s our customers themselves who, from a revenue-share standpoint, are getting less because we’re not getting as much value back, but they’re understanding of that,” Ko said.

He said the company has also changed its parameters on what’s worth refurbishing, because even though older products still sell, the lower prices mean it’s often no longer worth the cost.

“It starts to become no longer viable to refurbish everything that could be reused and that’s the problem,” Ko said, adding that for ER2 the break even point is about $80. Any device that can’t sell for more than that is one that the company would lose money on. Right now, that means laptops that have a sixth-generation or older Intel core processor don’t make the cut, he said.

“It’s our customers themselves who, from a revenue-share standpoint, are getting less because we’re not getting as much value back, but they’re understanding of that.”
–Chris Ko, CEO and co-founder of electronics recycler ER2.

Arcoa has its roots in office copier/printer resale, and Hinkle said the dynamics have varied for different types of devices. For printers and networking equipment, he said, the market has remained strong, with softening more pronounced among laptops and desktop PCs.

Some components have seen major market changes. RAM and processor values, which are heavily tied to Asian markets, are down significantly, he said.

Hinkle did note that since the late-spring/early-summer time frame, when there was a lot of pricing volatility, the market has calmed.

“From what I can tell, I think the markets have leveled off for us,” he said.

The decreasing demand for desktops will continue, ER2’s Ko predicted, because of the rise of remote work.

Businesses aren’t bringing as many employees into the office now, he said, “and if they do it’s not going to be via a desktop.”

“Those are going to be less and less in the workplace, but I think there’s an interest from schools and worldwide marketplaces,” Ko said. “In Dubai, India, the rest of the world where they’re not as concerned with mobility because a lot of people don’t necessarily have home internet, so they’ll be viable there.”

Though desktops are still sought by education institutions for computer labs and in international markets, pricing and demand has also fallen off in those markets, too, he added.

In June, resellers also pointed out softening demand in international markets because of rising costs to ship items.

“From what I can tell, I think the markets have leveled off for us.”
–George Hinkle, president of Arcoa Group.

Robin Ingenthron, founder and CEO of Vermont-based Good Point Recycling, said his overseas buyers of used equipment are hurting right now. A couple of them aren’t placing orders for computers at any price, and some have placed orders but Ingenthron is not keen to ship equipment to them because they still owe Good Point Recycling money for past orders.

He suggested that stimulus money during the pandemic may have supercharged the market earlier, contributing to the demand decline now.

“People might have purchased two years of new equipment in one year,” he said, “which is part of what they blamed for the inflation – the overheating of the economy. All that stimulus money.”

However, he is getting a lot more calls for used desktop monitors, though the price being offered is fairly level. He thought the market for desktop monitors was declining, he said, so the recent uptick has him puzzled.

As economists continue to ring alarm bells, companies are bracing for a deeper recession as inflation remains high and consumers worry about meeting basic needs.

HP recently announced it plans to cut its workforce by 10%, with HP CEO Enrique Lores telling The Wall Street Journal that “we think that at this point it’s prudent not to assume that the market will turn during 2023.”

How can ITAD companies weather the market changes?

Ko said he’d love to see the ability for certified refurbishers to sell partially repaired items to people interested in making their own modifications, but that’s currently not an option under most certification requirements. It could help keep older models that don’t otherwise make the price cut in circulation, he said.

“Being able to potentially say, ‘Hey, this has been completely tested, the components work, it just needs a battery,’ and then someone might actually be willing to buy that and they would put their battery in and do whatever they want,” he said.

Ko said he believes pricing for laptops will stay steady at its current level for some time. “I don’t foresee it coming roaring back at all,” due to some remaining supply chain issues. He has noticed businesses pulling back on spending over recession worries.

“A lot of our clients are Fortune 100s and they really have decided to be more conservative on their hiring, and also the same thing on their overall business itself,” he said.

“All downturns, starting with the 2008 financial crisis, showed that ITAD companies have also struggled to sustain business and suffered.”
–David Daoud of Compliance Standards.

David Daoud of ITAD industry research firm Compliance Standards said in a recent podcast that PC demand has taken some hard hits, combined with inflation and rising labor costs, which will certainly affect the ITAD sector.

“The number of PCs shipped in 3Q this year was down from last year, confirming that demand overall is shrinking,” he said, calling it “perhaps the most alarming piece of information because the seasonal trend of back-to-school has been broken.”

Although many people claim that when economic growth slows down, demand for used equipment rises, Daoud said there’s no empirical evidence to back that up.

“All downturns, starting with the 2008 financial crisis, showed that ITAD companies have also struggled to sustain business and suffered from the downturns, resulting in subsequent consolidation of the sector,” he said. “There is also the fact that the price difference between a refurbished device and a new system has been shrinking and is not so substantial, making it more challenging to convince buyers to endorse used equipment.”

Lozano said he thinks a wider recession is coming, but he is confident Digital Green Global can withstand it. He’s been in business for over three decades and has experienced several market downturns in the past, he said.

“You just have to be safe, play smart and ride the markets,” he said. “Be realistic.”