Expert prediction: Right to repair will be popular in 2023 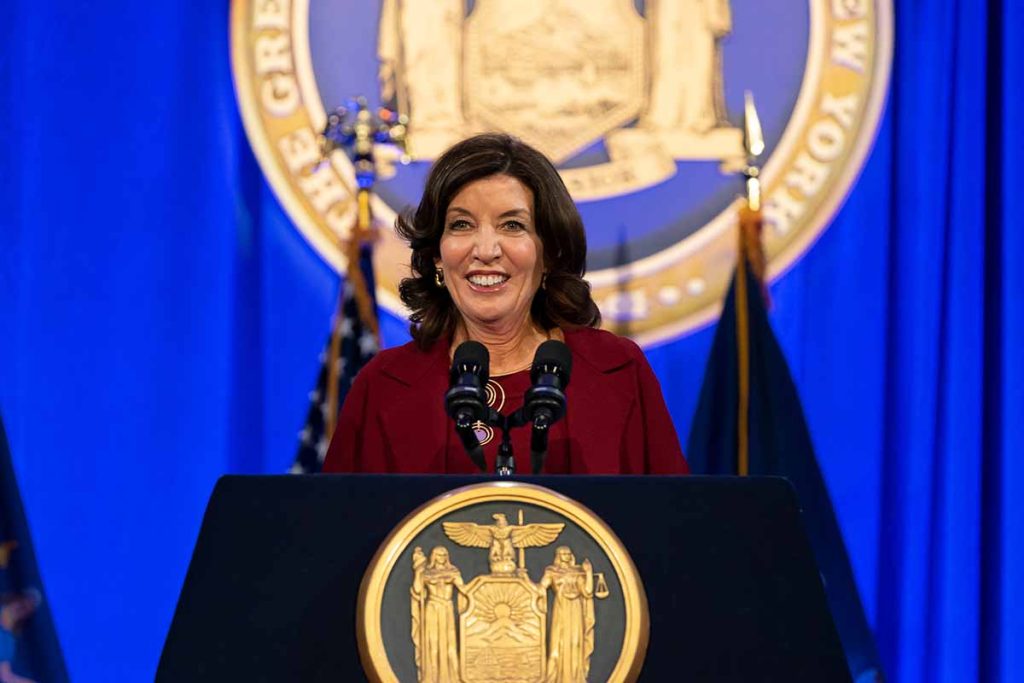 Many of the exclusions in New York’s bill, which include motor vehicles, power tools, farm equipment and medical devices, were added after the bill hit Gov. Kathy Hochul’s desk. | lev radin/Shutterstock

New York was the first state to turn a digital right-to-repair bill into law and industry experts say it will certainly not be the last, though they hope future bills will be stronger.

New York’s Digital Fair Repair Act (Senate Bill 4104) requires OEMs to make diagnostic and repair information for digital electronic parts and equipment available to independent repair providers and consumers, but the bill also carries a broad range of exemptions and will only apply to devices manufactured after July 1, 2023, severely limiting its scope.

Gay Gordon-Byrne, executive director of the Repair Association, told E-Scrap News she hopes bills in 2023 sessions go further than New York’s law, which is “good, but not as good as it should have been.”

“The New York law that was signed didn’t get as far as it was supposed to,” she said. “It’s pretty much limited to consumer electronics and not even a really broad scope at that, so we have a lot of work to do.”

The bill was passed along bipartisan lines in June and went to the governor’s desk on Dec. 16, where it stayed until the Dec. 28, 2022, deadline for Hochul to sign or veto the bill.

Alterations for ‘safety and security’

In a memo to the Senate, Hochul said the bill as drafted “included technical issues that could put safety and security at risk, as well as heighten the risk of injury from physical repair projects, and I am pleased to have reached an agreement with the legislature to address these issues.”

The updated text in the signed law eliminated the bill’s original requirement calling for OEMs to provide passwords, security codes or materials to override security features. It also allows OEMs to provide assemblies of parts rather than individual components “when the risk of improper installation heightens the risk of injury.”

The modifications from the governor also exempted business-to-business or business-to-government sales, so any digital equipment in those categories will not carry the same right to repair as consumer devices.

One of the biggest changes that came from the governor’s office was limiting the bill’s scope to digital electronic equipment “that is both manufactured for the first time as well as sold or used in New York for the first time on or after July 1, 2023.”

Gordon-Byrne said although sponsors of the bill were involved with the final changes, “I know how hard it was for them.”

“Really it was a case of get something or get nothing,” she added, and the thought was to “get something of value out of all this work.”

Due to those changes, Gordon-Byrne said the New York law “just doesn’t cover enough to really move the dial on e-waste.” Including larger appliances would have a greater effect, she added.

Kyle Wiens, iFixit CEO, said in a statement that the law “is a huge victory for consumers and a major step forward for the right to repair movement.”

“New York has set a precedent for other states to follow, and I hope to see more states passing similar legislation in the near future,” he said, adding that the bill leaves room for improvement.

“After extensive lobbying by electronics manufacturers represented by TechNet, an industry lobbying association, Governor Hochul made a number of changes that weakened the language passed by the legislature,” the statement noted.

Gordon-Byrne also said that tech associations are to blame for hamstringing the New York bill. She said she hopes future legislative efforts will not bend to the same pressure. She also noted the bill got a lot of support from the recycling and reuse community.

“The exceptions, some of them make no sense and they won’t resonate in other states,” she predicted, and the influence of Big Tech will vary from state to state.

Still, “it’s still a real step forward” she emphasized, and “every victory is a victory.”

The Repair Association is not taking any breaks, Gordon-Byrne said, but is not focusing on expanding the New York law right now.

“I don’t think we could argue any more effectively than we have been to persuade the people who said no,” she said, but there are plenty of other places to work.

She counts 21 states that have already pre-filed or plan to file “various flavors of right-to-repair for the 2023 sessions,” and she expects that number to grow.

“There are a bunch of states we haven’t heard from,” Gordon-Byrne said. “Maybe more will be inspired to re-file now that New York has gone first.”

The Repair Association has provided a legislative template for years, Gordon-Byrne said, and most states are following that template, with their own tweaks.

That’s to be expected, she said, because not every state has the same problems. Right to repair for big agricultural equipment is more of a focus in states such as Nebraska than in states such as Vermont, for example.

However, no matter the item, “it is the same problem and it has the same legislative solution,” Gordon-Byrne said. “The only things that really change is the manufacturer name and model number.”