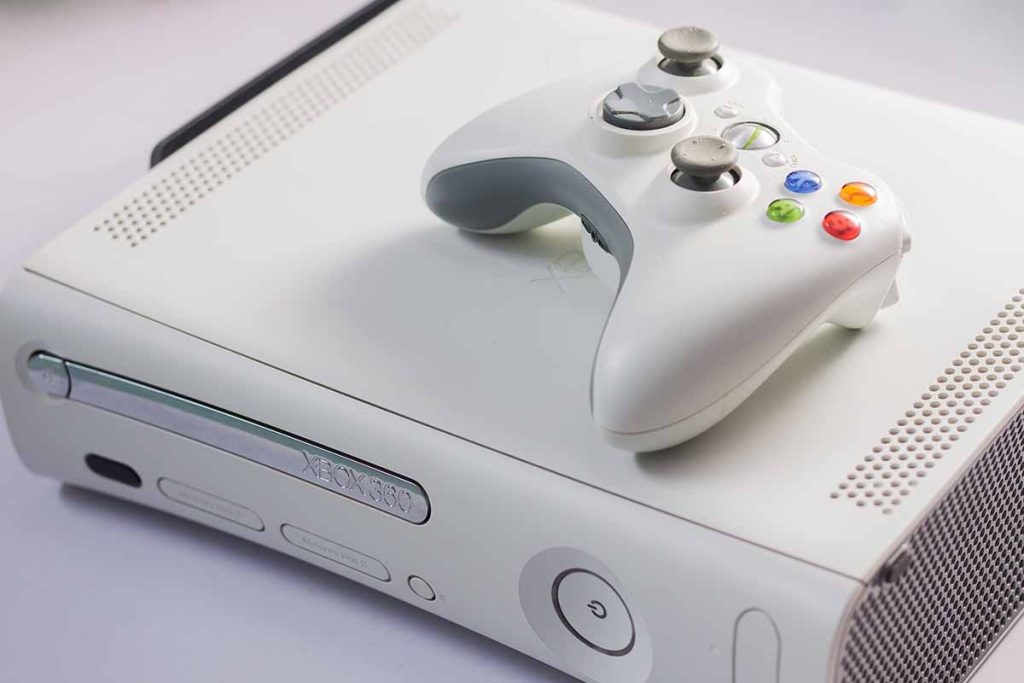 Oregon E-Cycles regulators are proposing to add video game consoles and a host of other electronic device types to the state’s extended producer responsibility program. | emodpk/Shutterstock

Oregon regulators are exploring some significant updates to the state’s electronics recycling program, and they recently gave stakeholders a sneak peek at their ideas.

The potential changes include greatly expanding the list of covered electronics, boosting public drop-off convenience standards in place of weight targets, and more.

The changes, which aren’t finalized and would still need to be approved by lawmakers, were presented on Nov. 1 by officials at the Oregon Department of Environmental Quality (DEQ) and the Product Stewardship Institute (PSI), a nonprofit group working to help DEQ with the project.

OEMs represented by either the State Contractor Program (SCP), which is run by the National Center for Electronics Recycling (NCER), or another stewardship group (currently Electronic Manufacturers Recycling Management Co., or MRM) are required to achieve recycling weight targets each year. This year, the overall target is 11.5 million pounds.

Early in 2022, to balance its collections with its weight targets and stay within budget, the SCP reduced the size of its drop-off network in certain areas of the state, leading to calls for updates to the program. Partly in response to the situation, DEQ is working to draft a bill for introduction in the 2023 legislative session.

The outreach process comes as other electronics EPR programs are changing. Lawmakers have updated laws in California, Illinois, South Carolina and Hawaii in recent years, and the Council of the District of Columbia is considering a bill to make tweaks to D.C.’s program.

Rehard noted that the DEQ is not proposing to extend the state’s electronics landfill ban to the newly added device types, however.

The approach contrasts with upcoming list changes to California’s program. The oldest in the U.S. and unique from others, California’s Covered Electronic Waste Recycling Program includes video display devices with screens of at least four inches (measured diagonally) that the state has determined constitute hazardous waste when discarded. In September, Gov. Gavin Newsom signed SB 1215, which expands the program to cover any electronic device with an embedded battery that consumers can’t easily remove.

“I don’t think we’re ready to take the leap of everything with an embedded battery,” said Abby Boudouris, a senior legislative analyst at DEQ.

Leebrick argued in favor of adding to the disposal ban list devices with embedded batteries that could pose a hazard. Because part of what collection sites do is educate people about what’s covered by the program and what is banned from landfills, “I’m hoping for some consistency,” she said.

Workshop participants also discussed what kind of sorting of newly added device types would be required at collection sites.

One of the major e-scrap processors operating in Oregon E-Cycles is Universal Recycling Technologies (URT), which has a plant in Clackamas, Ore., near Portland. Bryan Catello, a regional account manager at URT, said the additional device types would generally fit into one category that URT would shred after removing batteries.

“If that was just contained in one gaylord, that would be good on our end,” he said.

William Posegate, chief operations officer at Garten Services, an e-scrap collector based in Salem, expressed concern that the newly added devices would be no- or low-value devices, and adding in transportation costs, they could become a cost burden. He wanted to ensure collectors are made whole financially, or the program may see collection sites drop out.

Under current requirements, Oregon has about 183 collection sites. The minimum legal requirements are at least one site per county and one site per city with 10,000 or more residents. That statutory language ensures about 60 sites are created, Rehard said, but the SCP and other producer responsibility organizations voluntarily contract for additional sites to meet their collection and recycling targets.

DEQ is proposing to move away from weight-based targets and instead require collection sites based on proximity to residents and city populations. The proposed population-based standard would require one site per county and additional sites in or near cities of varying sizes, and it would mandate that 95% of residents be within 15 miles of a site. Rehard said the language would result in a legally required minimum of 137 sites, Rehard said.

The proposal is intended to prevent collection sites from being dropped because they aren’t needed to hit weight targets, as happened earlier this year, he said.

Two of those sites were run by Dahl Disposal, which operates on the central Oregon Coast. Zack Dahl, the company’s president and co-owner, said the company had to go through the process of getting approved as collection sites again after it was dropped earlier this year. He supported a convenience standard that prevents the loss of a contract to run his rural collection sites.

On the other hand, leaders representing OEMs and producer responsibility groups expressed concern about removing their leverage to ensure collection sites are running efficiently.

Walter Alcorn, vice president for environmental affairs and industry sustainability at the Consumer Technology Association (CTA), said he wants to ensure “we’re not inadvertently opening the door for a system that has no market forces.”

Alcorn suggested DEQ add language designed to ensure an efficient collection network, to avoid a situation in which multiple collectors near each other generate one pallet of material over a period of time. He said that he wouldn’t want a situation in which a collector runs an inefficient system, gets approved by the DEQ and then demands a lot of money from manufacturers. That was a concern echoed by Jason Linnell, executive director of NCER, which currently runs Oregon’s SCP (DEQ is proposing to eliminate the SCP).

Noting that the sales and distribution systems for electronics have evolved, Alcorn also urged legal language that allows the collection system to evolve. He suggested new business models that might involve more closely aligning takeback with retailers.

“Let’s just make sure that we are allowing for innovation in this program and not locking in the way that we’ve been doing it in the past,” he said.

In terms of collection site costs, DEQ is also proposing to change the statutory language that currently mandates producers pay for collection. The law currently requires manufacturers to “finance, manage and conduct a statewide program to collect covered electronic devices,” but Rehard said that wording is a bit vague.

DEQ officials plan to hold workshops in December and January to gain further feedback on the draft bill. The next one is scheduled for Dec. 14. During the Nov. 1 workshop, Boudouris noted the goal is to draft a bill that all stakeholders can generally support and live with.