The factors behind one state’s collection site closures 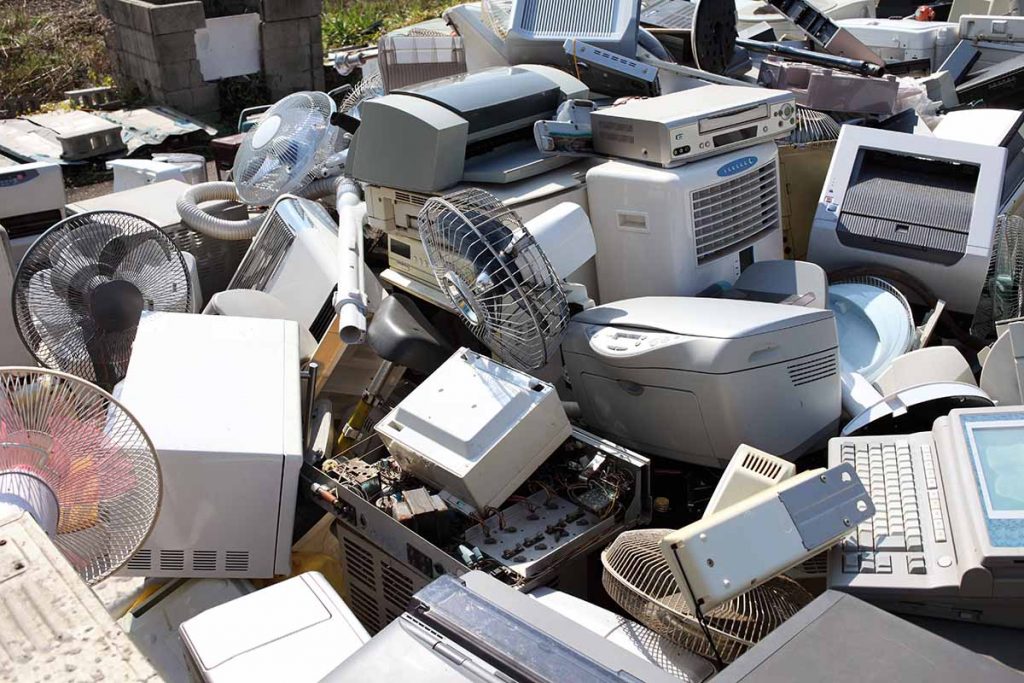 The executive director of the National Center for Electronics Recycling explains why Oregonians will lose several e-scrap collection sites. | akiyoko/Shutterstock

The loss of several e-scrap collection sites in Oregon is causing consternation in some communities, and now the legislature is mulling a bill meant to temporarily address the situation.

Currently, the SCP is run by the National Center for Electronics Recycling (NCER), a nonprofit organization that is under contract with the state government. A second collection and recycling program is managed by Electronic Manufacturers Recycling Management Company (MRM), a stewardship group that operates in several states with EPR laws.

The SCP serves as a default group for OEMs that do not elect to join another approved group, such as MRM (Reverse Logistics Group Americas used to also run an Oregon program).

Recently, the SCP has decided to stop funding some collection sites, drawing critical local news headlines, including from News-Times on the central Oregon Coast and KOBI-TV 5 in Southern Oregon. Jason Linnell, executive director of NCER, explained to E-Scrap News the factors that went into the decision to stop paying for seven collection sites.

The statewide collection targets that OEMs must achieve have been falling since 2015, when they hit a high of 30.5 million pounds. Last year, the target was 12.8 million pounds, and for 2022 the number fell to 11.5 million pounds, according to the Oregon Department of Environmental Quality (DEQ).

The decreases have been the product of mathematical calculations that take into consideration historical collection weights, product lightweighting, consumer purchasing and ownership behaviors, public awareness and COVID-19, according to the DEQ.

Meanwhile, the SCP’s budget is determined by multiplying the annual statewide pound target by the collective percentage of market share of OEMs represented by the SCP. That number has fallen. In 2021, the SCP was responsible for 38% of the total statewide target, or it was responsible for collecting 4.9 million pounds. This year, that dropped to 31% and about 3.5 million pounds.

The reason SCP’s collective percentage of market share dropped was because the SCP lost a couple of manufacturers in 2020 and 2021, and the biggest one had its individual market share percentage decrease, Linnell said.

As a result of the lower target – and the associated SCP budget – for 2022, the SCP needed to trim the collection network, Linnell said.

“If we didn’t make any changes to the collection network, SCP would collect well over half of the statewide target despite having less than one-third of the responsibility,” he said.

The manufacturers covered by the SCP were billed for the 3.5 million pounds last July. But they could be on the hook to pay additional sums next year if the budget is exceeded this year, Linnell said.

Going far over budget could make the SCP less appealing to some manufacturers than approved alternative programs, such as MRM’s.

Starting March 1, two collection sites in Southern Oregon, two in the Portland metropolitan area and three on the coast will no longer have SCP funding. The contracts were originally set to expire at the end of 2021, but SCP extended them until Feb. 28 to give MRM time to begin funding any of them, if it chooses, he said (Linnell said his understanding is MRM is looking at signing contracts to pick up a few of them).

The SCP had considered eliminating a third Southern Oregon site but reached a deal with the DEQ to keep funding it. “DEQ was able to apply funds previously paid by manufacturers into the Oregon E-Cycles program,” according to the DEQ. “This will enable the state contractor program to continue service uninterrupted in that rural community.”

The selection of the specific collection sites was chosen based partly on the need to maintain compliance with Oregon’s convenience standard, which mandates one collection site in each county and one in each city of at least 10,000 residents, he said. The SCP retains over 80 collection sites and supports over a dozen collection events across the Beaver State, Linnell said, exceeding the convenience requirements.

Regardless, state lawmakers are considering a bill, introduced by a Southern Oregon representative, that would boost the statewide collection target for this year, the YachatsNews.com reported.

The bill, House Bill 4158, increases the statewide collection target for April 1-Dec. 31, 2022 to 10.5 million pounds. The idea is that it better matches the target with how much e-scrap would likely be collected if no collection sites were jettisoned. At a hearing on Feb. 21, representatives of local governments and recycling companies weighed in in favor of the bill. A representative of the Consumer Technology Association urged lawmakers to work toward ensuring a stable collection system but argued against the approach used by HB 4158.

If the bill fails to advance during the 2022 short legislative session, DEQ officials said the situation has kickstarted conversations on how the state could update its program in the future, YachatsNews.com reported.