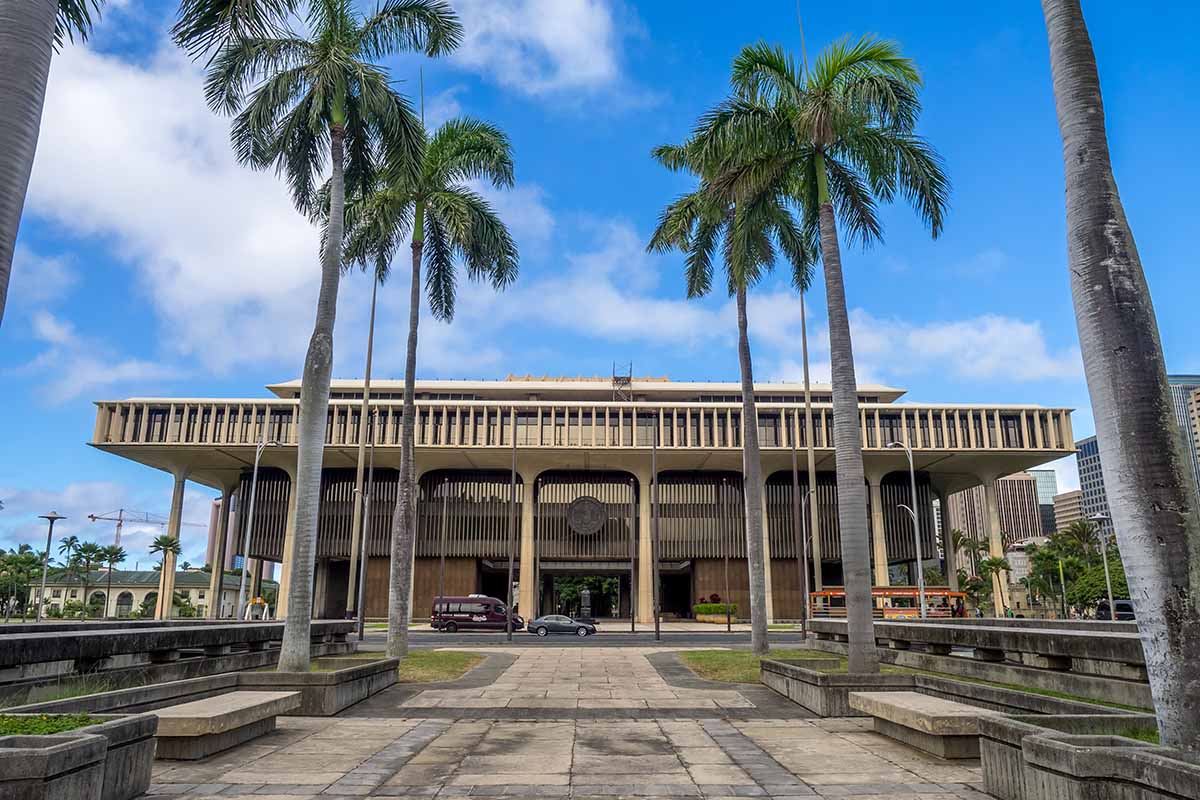 Hawaii had to suspend free e-scrap collection in the state earlier this year after the program ran out of funds early, but the state legislature has passed a law to address the problem.

It also requires manufacturers to fully fund the program, which would avoid the situation that played out this spring, when the Department of Health’s fund for the program ran out in April, forcing the state to suspend the program.

Roy Kadota, owner of Mr. K’s Recycle & Redemption Center in Hilo on the Big Island, said the consistent funding provided by the new bill will help increase recycling rates and decrease customer confusion brought on whenever the free program is suspended due to lack of funds.

Commercial collection is also now covered under the program, when before the county’s subsidized program had focused its limited funds on residential customers.

“Smaller non-resident entities like schools, nonprofits and small businesses who were deterred by costs, we’re going to be taking it for free,” Kadota said, adding that this change removes a barrier to recycling.

Jason Linnell, executive director of the National Center for Electronics Recycling, said that in the previous iteration of the legislation, only TV manufacturers had specific collection targets based on the previous year’s collection totals – now there are targets for all covered devices. The new law also has more specific requirements for the number of collection sites.

Next week’s E-Scrap Conference in New Orleans will offer attendees an in-depth look at the biggest trends on the legislative side of the sector. A workshop on State Program Updates is set for Monday, Sept. 19. The How the State Program Landscape Is Evolving session takes place on Tuesday, Sept. 20. And the Tensions in State Programs panel is set for Wednesday, Sept. 21. Sign up for the event today!

He added that the changes to the collection target move against the recent trend seen in states, including Illinois and South Carolina, to focus less on weight targets and more on convenience standards.

However, the bill no longer applies to peripherals brought in with electronics, such as computer keyboards and mice, so Kadota said he will need to find another way to cover the cost of those items.

Reused electronics count toward the target. Manufacturers that sell fewer than 100 devices per year are excluded.

The prior legislation only covered items processed by recyclers on the mainland, but the new legislation recognizes reused and refurbished electronics as counting towards OEM recycling goals, Kadota said. This provision will encourage a circular view of the electronics and extend the use of functioning electronic devices in the islands, which will incentivize OEMs to support reuse because they will save on shipping and processing costs.

The bill also ensures, through its convenience metrics, that residents outside of the population centers receive services other than mail-in programs. Oahu has the most collection points, as it has the highest population density. Islands like Hawaii, Maui and Kauai are more remote and therefore have fewer options.

A fully funded recycling plan includes collection, transportation and recycling, the law states, and manufacturers are allowed to collaborate with other manufacturers. However, customers cannot be charged a fee at the point of collection and the service must generally be free, with a minimum of one collection event per month. It cannot be mail-back only and recyclers have to be third-party certified.

The changes also updated the definition of an electronic device to a computer, printer, any device capable of receiving broadcast, cable or satellite signals, or that displays television or video programming.

As the country’s free drop-off program has been suspended since April, Mr. K’s is anticipating a lot of backlogged items to get dropped off when the updated program launches in January.

Kadota said the company is working on preparing a permanent drop-off site in Kona for the new requirements.