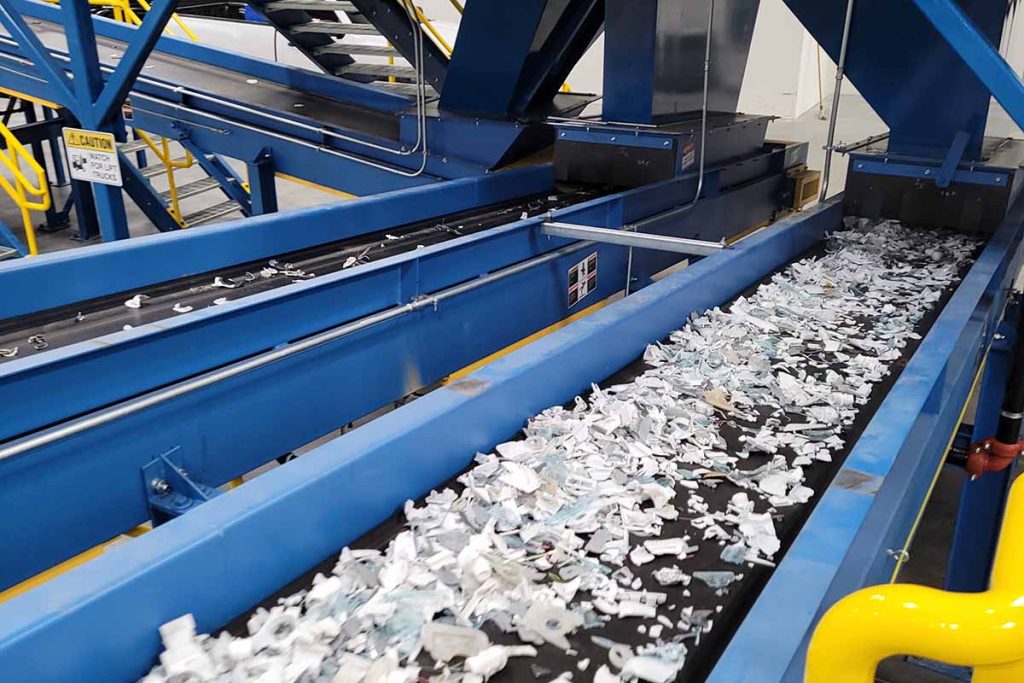 E-scrap processor evTerra has activated its large-scale shredding and separation system in Nevada, a significant step in the company’s nationwide expansion project.

The Forest Park, Ga.-headquartered company brought its shredding system on-line in Henderson, Nev. last week, said Jeff Gloyd, president of evTerra. The 103,000-square-foot facility, which is in a brand new building near Las Vegas, is the company’s first processing facility outside of its Atlanta-area headquarters location.

A processor focused on low- and mid-grade end-of-life electronics, evTerra is owned by Igneo Technologies, which is building a secondary smelter for e-scrap and other metals-bearing streams in Savannah, Ga. Igneo Technologies, which has long run a similar secondary smelter in France, was acquired by metals mining and refining giant Korea Zinc in a $332 million deal last year.

Founded in 2021 with the goal of ensuring a steady supply of feedstock to the smelter, evTerra is planning to expand fast, first with the recycling facility in Henderson, followed by Elgin, Ill. (near Chicago) and San Antonio.

At the same time the company is working to bring the nearly identical processing facilities on-line in multiple cities, it is working toward dual e-Stewards and R2 certification for all of them, Gloyd said. That requires balancing “an incredible number of moving pieces.”

The Henderson building was brand new and empty when evTerra began leasing it, he said. The company built small offices but left about 100,000 square feet for operations and production.

The plant sports an SSI Q145 shredder, which is similar to the 140 model but has electric motors versus hydraulics, Gloyd said. The sorting system includes two magnets, a Steinert eddy current separator and manual pick stations to ensure quality, he said.

The shredder has a capacity of about 5 to 6 metric tons per hour, he noted, and it will initially run on one shift. In about six months or so, evTerra plans to add a split shift to the plant, which would have about 20 to 30 full-time equivalent employees.

Gloyd noted that the shredding system “was delivered essentially as expected and on time, which is a challenge nowadays,” he said. For remaining on schedule, he credited the decision to order the system with plenty of lead time, the work of evTerra’s employees and of its contractors to keep the project moving, and the cooperation and assistance of permitting authorities in the area.

He declined to reveal the capital investment cost of the facility.

Now that the equipment has been installed, evTerra is in talks about adding feed hopper technology and an automatic sorter, he said. Given the speeds of the belts, the high throughputs and the relatively heterogeneous feedstock, he doesn’t see robotic sorting as a viable option for the system, he said.

The company’s business development team has been working with a number of scrap suppliers, including everything from the hospitality industry to schools, financial institutions and ITAD and e-scrap collection and disassembly companies, he said. He noted there isn’t a large-scale shredding and sorting system in Nevada.

As far as moving printed circuit board scrap downstream, Gloyd said the Henderson facility has a couple of options before the Savannah smelter opens, owing to the facility’s relative proximity to the ports of Los Angeles and Long Beach. The shipments will be subject to ocean shipping costs, but evTerra could send material to Korea Zinc in South Korea or Igneo’s smelter in France, he said.

“We’ll ship the first load by the end of the month and then we’ll see which direction we’re going to go,” he said.

Once the Savannah smelter is up and running, the PCBs would all travel there, most likely via train and trucks.

After Henderson, evTerra plans to open nearly identical plants in Elgin and San Antonio. The Elgin facility will begin to receive the shredder equipment this month, and it’s expected to come on-line by the end of the year, he said. San Antonio will see its shredder equipment delivered in the January-February timeframe, with an expected activation in March 2023.