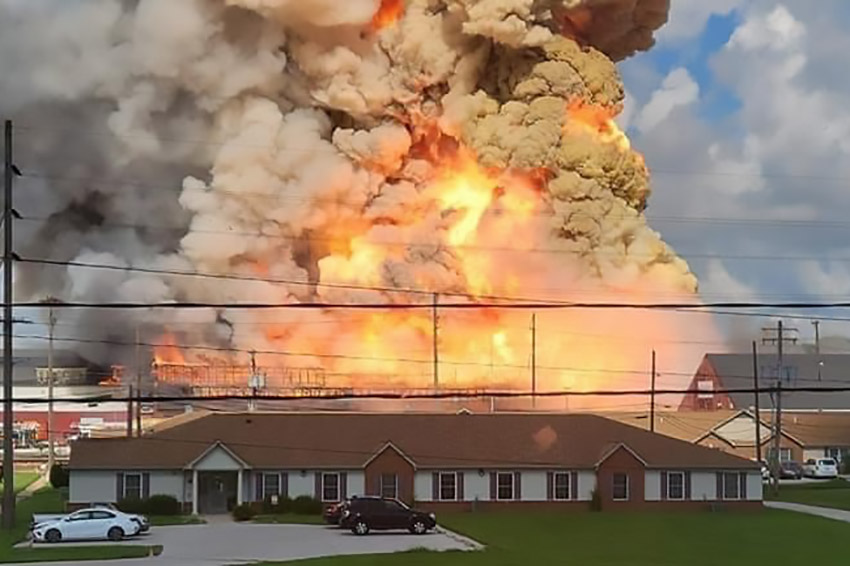 A large fire erupted this month at a building used for battery recycling by Interco Trading in Illinois. | Courtesy of Madison County, Ill. Emergency Management Agency

A fire at e-scrap recycler Interco Trading on Aug. 10 drew more than 200 firefighters, injured one worker and triggered shelter-in-place warnings for nearby residents.

According to local news station 5 On Your Side, the 5-alarm fire broke out in the Madison County, Ill. facility around 10 a.m. with explosions and thick plumes of smoke. Nearby residents were told to stay inside, close all doors and windows, and turn off their air conditioning. Air monitoring deemed the air smoky, but safe, the next day.

The fire started in a battery recycling building, the Illinois-based Edwardsville Intelligencer reported, and drew more than 200 firefighters from eight departments.

Two years ago, a 3-alarm fire occurred in one of Interco’s warehouses, causing evacuations and destroying four buildings.

In a statement to 5 On Your Side, attorney Albert Watkins said Interco is working collaboratively with state and local authorities and the employee who suffered a burned arm got medical attention. OSHA has opened up an investigation.

Watkins said two buildings were destroyed, and possibly workers’ vehicles as well. He also pointed to slow firefighter response as the reason for the size of the fire.

“Collectively there is a shared concern about the significant delay in response time by local fire department responders to address what originally was a small, containable fire,” Watkins told 5 On Your Side. “That delay resulted in the fire becoming not containable and more significant than should have occurred.”