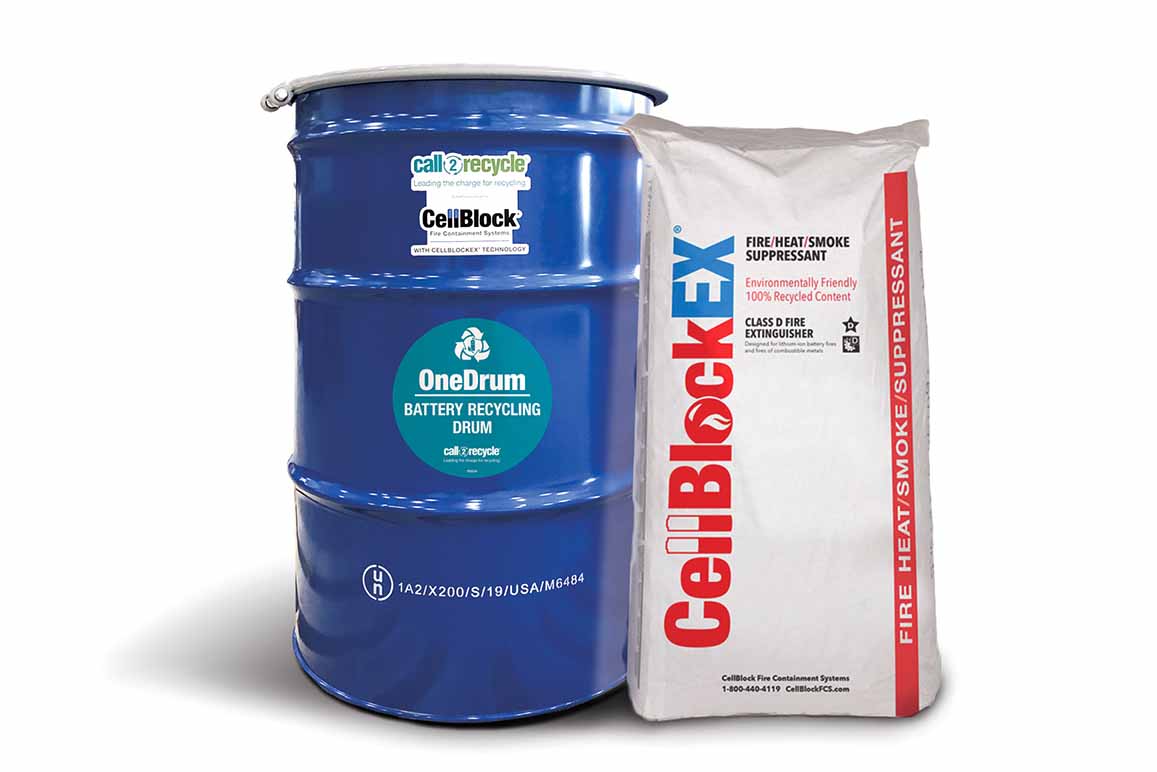 ERI facilities in California and Indiana will sort and ship out used batteries as part of a nationwide mixed-battery collection program from stewardship organization Call2Recycle.

Typically, to safely move scrap batteries downstream, collectors must sort them by chemistry and tape over the terminals contacts for select battery types, to present fire risks. Some batteries, particularly lithium-ion chemistries, can still hold a strong residual charge after they’re disposed of. Because of that, they can trigger fires and explosions when they’re damaged at e-scrap facilities – or even when they’re in transit to downstream processors.

OneDrum, which was launched by Call2Recycle around Earth Day, includes a kit with the following components: Four 55-gallon drums, a pallet, a fire-prevention material called CellBlockEX and use of Call2Recycle’s U.S. Department of Transportation special permit for shipping batteries. Sites will pay around $1,500 for a OneDrum kit, a sum that doesn’t include shipping costs.

The pallets will travel in less-than-truckload shipments to ERI’s large processing facilities in Fresno, Calif. and Plainfield, Ind., where crews will process them for downstream outlets.

“OneDrum is truly a trailblazing product, opening the door for even more innovation in the battery recycling industry and making these solutions more accessible to communities across the United States,” John Shegerian, chairman and CEO of ERI, stated in a press release.

In an interview, Todd Ellis, managing director of services and solutions at Call2Recycle, explained that ERI will use sorting tables to separate the batteries from the CellBlockEX and then manually sort and prepare the batteries for shipment to downstream processors.

Made of post-consumer glass and produced by CellBlock FCS, CellBlockEX is a hard, granular material that suppresses and extinguishes any fires that occur in the drum.

Instead of sorting and taping batteries, collectors build a “battery parfait” with layers of mixed batteries and CellBlockEX in the drum, Ellis said.

Call2Recycle hears from household hazardous waste programs that accept batteries but hesitate to promote that fact to the public, because handling batteries is such a pain for them, he said.

“Too many times, frankly, we’ve heard, ‘Hey, I don’t have the labor for all this,'” Ellis said.

During a 2020-21 OneDrum pilot project, which involved a dozen community programs in California, Washington state and Florida and a California e-scrap recycling company, the participants reported a roughly 80% savings in labor using OneDrum, Ellis said. Employees were able to prepare about 1,400 pounds of batteries for shipment in several hours, work that would have otherwise taken up to 40 hours.

Ellis noted OneDrum also allows for more efficient use of space, because facilities don’t need to set aside extra square footage for multiple containers to hold different types of batteries.

With OneDrum, collectors aren’t able to put as many batteries in a single drum as they otherwise would, because they also fill it with CellBlockEX, but labor and time savings offset the added costs, Ellis said.

OneDrum is a service that’s over and above Call2Recycle’s long-standing producer-funded drop-off collection network, which relies on retailers and local governments across the country, Ellis said. That network continues to offer drop-off recycling service that’s free to consumers.