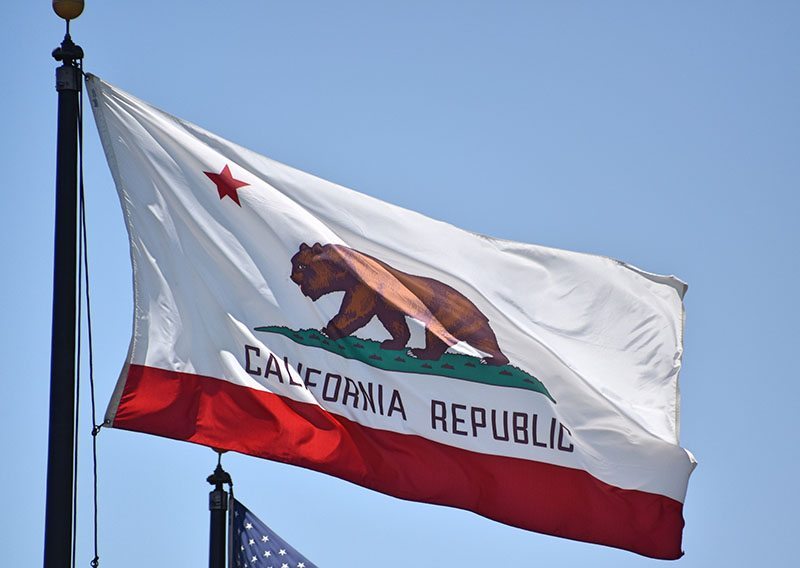 In California, many products will soon need to meet a 60% recycling rate to be considered “recyclable.” | Donald Walker / Shutterstock

Electronics manufacturers may be barred from telling consumers about certain device take-back programs in California, under a bill Gov. Gavin Newsom signed into law this month.

Newsom on Oct. 5 signed Senate Bill 343, describing it as an effort to “to combat plastic pollution and advance a more sustainable and renewable economy.”

The bill gained national attention primarily for its language that prohibits plastic packaging producers from using the “chasing arrows” symbol on products the state determines are not recyclable. This symbol is a triangle that surrounds a plastic resin code, and it is common – and required in some states – on plastic packaging materials.

Despite that component drawing the most attention, the bill’s impacts extend beyond plastic materials, and it could impact electronics recovery in California.

Katie Reilly, director of environmental policy for the Consumer Technology Association (CTA), said her organization looks at the bill in two pieces. There’s a component of how companies communicate recycling options to consumers, and there’s the actual labeling regulations.

“We have a concern about the impact on actual recycling of products themselves,” Reilly explained.

Under the bill’s requirements, products not collected through curbside programs need to achieve specific recycling rates before manufacturers can communicate recyclability to consumers. Products in this category, which includes all electronics, need to meet a 60% recycling rate to be considered “recyclable.”

Legislated e-scrap programs cover certain display devices in California, and the California Department of Resources Recycling and Recovery (CalRecycle) has data on collection figures for those covered devices. But for other electronics, such as mobile phones, laptops and numerous other device types, the state generally doesn’t maintain collection data.

“We’re a little unclear on how they’re going to be determining recycling rates,” Reilly said.

Without being able to demonstrate a 60% recycling rate, those devices will likely be deemed non-recyclable for the purposes of the labeling law. With that designation, manufacturers would be unable to communicate recycling options to consumers. Such messaging would likely constitute a “deceptive or misleading claim about the recyclability” of the product, under the text of the bill.

CTA’s reading is that this would prohibit manufacturers from telling consumers about voluntary device collection programs outside the scope of the state’s e-scrap program. That could include mail-in or other take-back programs.

The labeling restrictions could also impact on-device labels that OEMs are required to include in other jurisdictions. Plastics recycling stakeholders have highlighted how the California bill potentially puts the state’s rules at odds with regulations in other states. The same may be true for electronics manufacturers who sell internationally.

The European WEEE (Waste Electrical and Electronic Equipment) label is required on display devices, small IT equipment and most other electronic devices sold in the European Union. It depicts a curbside recycling cart with an “X” through it, indicating devices should not be recycled in curbside programs.

Electronics producers that sell in the EU market typically include the label on devices sold into other markets as well. But if that label is interpreted to constitute a recycling claim, it could violate the California labeling rules.

“It would have major impacts on manufacturing and distribution for our industry,” Reilly said.
The bill takes effect in 2024.