California may add OLED devices and others to recycling program 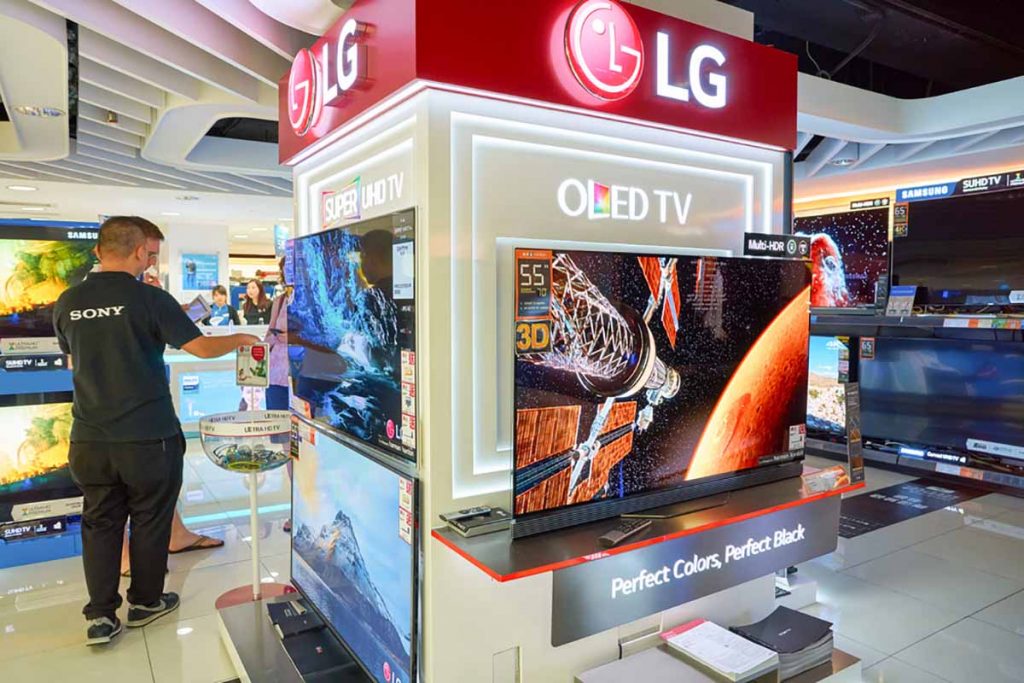 California officials are testing a variety of electronic devices to measure the concentrations of metals and compare them to the thresholds listed in the California Code of Regulations. | Sorbis/Shutterstock

E-scrap processors in California could get paid by the state to recycle additional types of electronic devices, depending on the outcome of toxicity testing by officials.

The California Department of Toxic Substances Control (DTSC) is testing the amount of hazardous metals in organic light-emitting diode (OLED) devices, including TVs, laptops, monitors and tablets, as well as LCD tablets and LCD-containing smart devices.

If the concentrations of hazardous metals are above thresholds in state regulations, then officials will add them to the legislated recycling program.

“We’ve become very cognizant with the fact that technology now, especially compared to 2003 or 2005, is moving quickly,” Ricardo Rivera, environmental scientist at DTSC, said during a Dec. 16 workshop. “OLED TVs are the new displays now, but even now there’s newer types of technologies coming out.”

California’s electronics recycling program, which passed in 2003 and is the oldest in the U.S., charges consumers fees of $4, $5 or $6 when they purchase certain types of new devices, with the fee amount dependent on the screen size.

The state’s tax and fee department collects the revenue, and the California Department of Resources Recycling and Recovery (CalRecycle) pays e-scrap companies that collect and properly recycle covered electronics. As of this past July, the combined collection and recycling payment rate is 66 cents a pound for CRTs and 87 cents a pound for non-CRT devices.

The program includes devices with video displays that are four inches or greater when measured diagonally and those that are found to “exhibit the hazardous waste characteristic of toxicity when discarded,” according to DTSC (cell phones are excluded).

When it came to looking at other devices to test for possible inclusion, CalRecycle worked with industry stakeholders to develop an initial list of device types, said Uyen Nguyen, associate governmental program analyst at DTSC. Then, DTSC parsed the list down after researching the market availability of each device type, she said.

For testing, DTSC purchased market-leading brands in each category, including Apple, LG, Samsung and LG, she said.

In terms of LCD devices, tablets are already lumped in with “laptops” in the existing program, Nguyen said, which means consumers pay a fee when they buy them and processors are reimbursed for recycling them.

DTSC chose to test them to provide clarification that they qualify for the program and to list them as a distinct category. Specifically, DTSC will test the Apple iPad 8th generation, Apple iPad Mini, Amazon 7-inch Fire Tablet 7, and Samsung 8-inch Galaxy Tab A.

Looking for lead, mercury and more

Rivera said the DTSC lab is currently testing the devices to measure the concentrations of metals and compare them to the thresholds listed in the California Code of Regulations. Common metals that are tested for include lead, mercury, nickel, copper and antimony, among others.

If the metal concentrations exceed the limits for a given device, state officials plan to add the entire category of devices to the program through emergency rulemaking, which allows the state to implement the changes faster than a non-emergency rulemaking process. Retailers would then be required to immediately start charging fees on the devices, and e-scrap companies could start getting paid to recycle them, Nguyen said.

According to DTSC, testing should yield results in late spring 2021. Emergency regulations would go into effect in early summer 2021.