What a microgrid will do for a Northeast ITAD firm 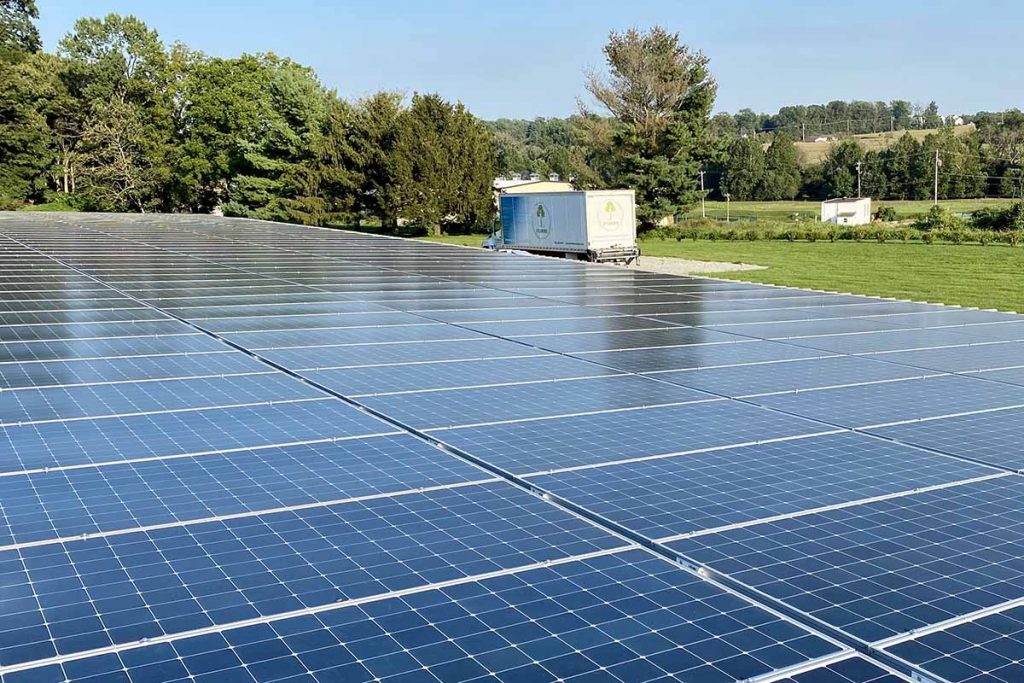 The pandemic already made 2020 a tough year for electronics processor Sycamore International. So when five days of power outages struck last year, each day costing the company tens of thousands of dollars, it “really was a punch in the gut,” CEO Steve Figgatt said.

Now, the Pennsylvania processor has made a solar micro-grid investment that will eliminate the risk of outages, save money and allow Sycamore to become carbon neutral. The system has an estimated payback period of over seven years.

“I think every industrial location or facility could use this,” Figgatt said. “If you’re going to be there for longer than seven years, it doesn’t make sense to not do it at this point.”

‘We can just run off of this little microgrid’

The 11-year-old ITAD company based in West Grove, Pa., is working to install a solar micro-grid that uses iron flow battery charged by solar panels. With over 60 employees, the company refurbishes and recycles computers, TVs and other electronics.

In an interview, Figgatt said his company will be one of the first organizations on the East Coast to use the iron flow battery technology.

The next big step is the battery, which will be charged by the panels. Sycamore hired TerraSol Energies, a solar power design, engineering and installation firm for the project. TerraSol introduced Figgatt to Wilsonville, Ore.-based manufacturer Energy Storage Systems (ESS), which produces iron flow batteries. TerraSol signed a contract to buy an ESS Energy Warehouse battery system for Sycamore’s plant.

The size of a 40-foot shipping container, the battery is mostly water and salt, with no hazardous chemicals, Figgatt said. With a 25-year warranty, the battery can operate for over 25,000 cycles, which is at least 10 times more than one could expect from a comparable industrial lithium-ion pack, Figgatt said. And vanadium flow battery alternatives use toxic materials, are more expensive and store less energy, he said.

After it’s manufactured and delivered, the battery will be linked with the solar array to form a microgrid that can power the facility for 8-10 hours in the dark.

“If the grid goes down, we can just run off of this little microgrid that powers our whole facility,” Figgatt said.

Even if the building is running at full energy usage – the electric forklifts are charging, HD shredder is running, HVAC system is cranked, hundreds of computers are being tested, employees’ electric vehicles are charging – the battery reduces the peak power demand from the larger grid. That gives the company the ability to explore cost-saving methods with the power company, such as peak load shaving, Figgatt said.

And because the microgrid will be connected to the larger power grid, Sycamore can sell electricity back to the utility company when the solar panels are producing more juice than Sycamore needs. It will also be large enough to allow Sycamore to participate in a frequency regulation program, through which Sycamore would effectively lease the excess battery capacity to the power grid operator during periods when demand spikes and strains the existing electricity distribution infrastructure, Figgatt said.

‘Pays for itself extremely quickly’

The rural area about 40 miles west of downtown Philadelphia doesn’t have the most reliable electrical service, Figgatt said, and each day the power is out, the company can lose between $40,000 and $90,000 in revenue, depending on the electronics being processed.

Designed to provide 100% of Sycamore’s power needs, the microgrid will eliminate the risk of financial loss caused by outages. In that way, it’s “almost an insurance product,” Figgatt noted.

“It pays for itself extremely quickly if you look at it from that perspective,” he said.

Even without power outages, Figgatt said the system makes sense. Sycamore’s operations consume over 150,000 kilowatt-hours per year, costing about $25,000. Given the costs, the photovoltaic array has a payback period of about 7.5 years based on current electricity demand, he said.

“I view it as a great long-term investment in our commercial real estate property as well as our planet, as we’ll be operating our ITAD processing facility with zero carbon emissions,” he said. “There’s something poetic about that and I’m proud we’re able to do that at Sycamore.”

The microgrid, which Figgatt hopes to have fully commissioned in late December 2021 or early January 2022, won’t be designed to greatly exceed Sycamore’s current power needs. That being said, if Sycamore’s power demand goes down – Figgatt noted his company has been processing more laptops than desktops, resulting in less electricity usage – it could prove a bit of a money maker.

“We’re expecting to break even the way it’s all designed, but I wouldn’t be surprised if we end up receiving a credit on our account at the end of the year,” he said.