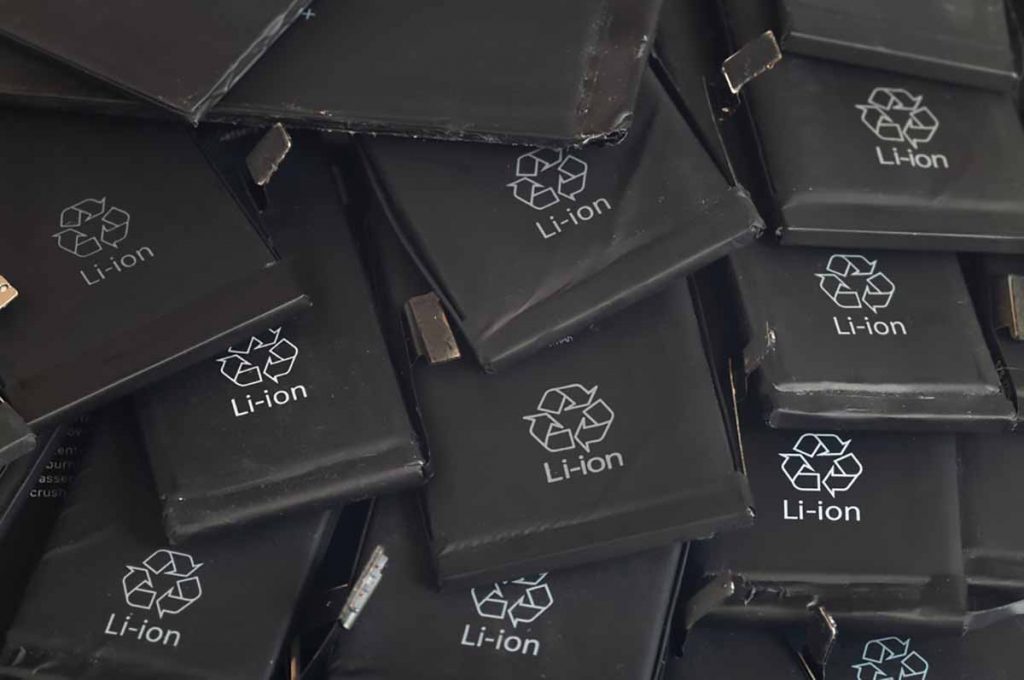 A recent EPA report noted that beyond the immediate health and safety concerns, batteries can create a substantial financial burden for e-scrap companies. | skimin0k / Shutterstock

Federal officials recently examined battery-related fires in a variety of recycling settings, including electronics processing sites. In addition to noting safety concerns, the analysis determined that batteries “jeopardize the economics of the electronics recycling industry.”

The EPA report, published last month, comes as there is heightened attention on lithium-ion battery fires across many sectors of the waste management industry. For the report, EPA researchers examined e-scrap facilities, municipal recycling centers, landfills, transfer stations and other locations.

Similar to recent findings from the European Waste Electrical and Electronic Equipment Forum (WEEE Forum), the EPA report offers no simple fixes, but it says existing efforts are not solving the problem and that all stakeholders must coordinate further to reduce the threat.

The report laid out how a typical e-scrap firm might handle devices that contain lithium-ion batteries (LIBs) – and the fire danger that arises in this process.

“Electronics recyclers are set up to process electronics, not energy storage devices, but now often receive products containing LIBs,” the report states. Workers typically remove the batteries from devices prior to processing, but the report notes that battery removal can be difficult in some products, including laptops, cell phones and headphones.

“These devices often contain embedded LIBs that are encased in plastic or glued into devices, making them very difficult or even impossible to remove intact,” the report states.

Difficult-to-remove batteries present a particular fire risk, the report explains, pointing to a 2016 fire at Cascade Asset Management’s Madison, Wis. facility. In a description of that fire, the report states “an LIB began smoking and then burst into flames after an employee opened a phone to remove it” at the facility.

Another Cascade fire occurred in 2017, when “an LIB exploded while the tablet that housed it was being dismantled.”

Cascade CEO Neil Peters-Michaud told E-Scrap News that in all cases of battery fires at Cascade facilities, the fires have been quickly contained and extinguished using fire retardant materials and other tools. The company recently published a video showing a March 2020 battery thermal event at its Madison facility and highlighting how employees respond in such cases.

Cascade leaders have been vocal about the fire dangers posed by battery-containing devices, and the company has offered tips for processors on how to mitigate or avoid fires.

Beyond the immediate health and safety concerns, batteries create a substantial financial burden for e-scrap companies, the EPA report found.

“Electronics recyclers make money per device, and embedded and glued-in batteries slow down the dismantling process dramatically,” the EPA wrote.

Researchers found an iPad with a glued-in battery “may take 40 minutes to disassemble and be worth $1, at most, in scrap.”

If the battery causes a safety incident, the processing company may encounter an even deeper monetary hit.

“Embedded batteries in electronics jeopardize the economics of the electronics recycling industry,” the EPA wrote. “Employees spend time retrieving a low-value product, and, when an LIB starts a fire, even more time is lost and workers’ health is threatened.”

Besides the Cascade fires, the report included reports from a handful of other electronics processors about fires they’ve experienced.

These include a “Midwestern electronics recycler” that reported a battery-sparked fire that didn’t injure anyone but “caused extensive damage, including the collapse of three buildings.” Eighty firefighters responded to that incident, the EPA reported.