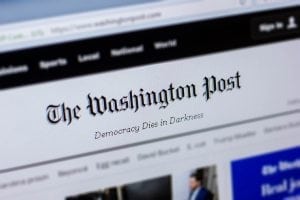 A growing threat in the e-scrap sector received national analysis this week, when The Washington Post visited a processing facility and explored the danger of lithium-ion battery fires.

It published a day before Apple’s annual product launch event, during which three new iPhone models were announced. The column was picked up by media outlets all over the country.

Earlier this year, E-Scrap News wrote about the battery fire problem in e-scrap facilities. Peters-Michaud and Boswell described their company procedures for dealing with batteries that ignite, otherwise known as “thermal events.”

Although the events are a major safety hazard, Peters-Michaud noted that they are relatively infrequent. Cascade handles about 100,000 batteries per year, he said, and in a recent year the company experienced just two battery fires.

Lithium-ion battery issues will be explored in detail during a concurrent session at the 2018 E-Scrap Conference, which will be held next month in New Orleans.