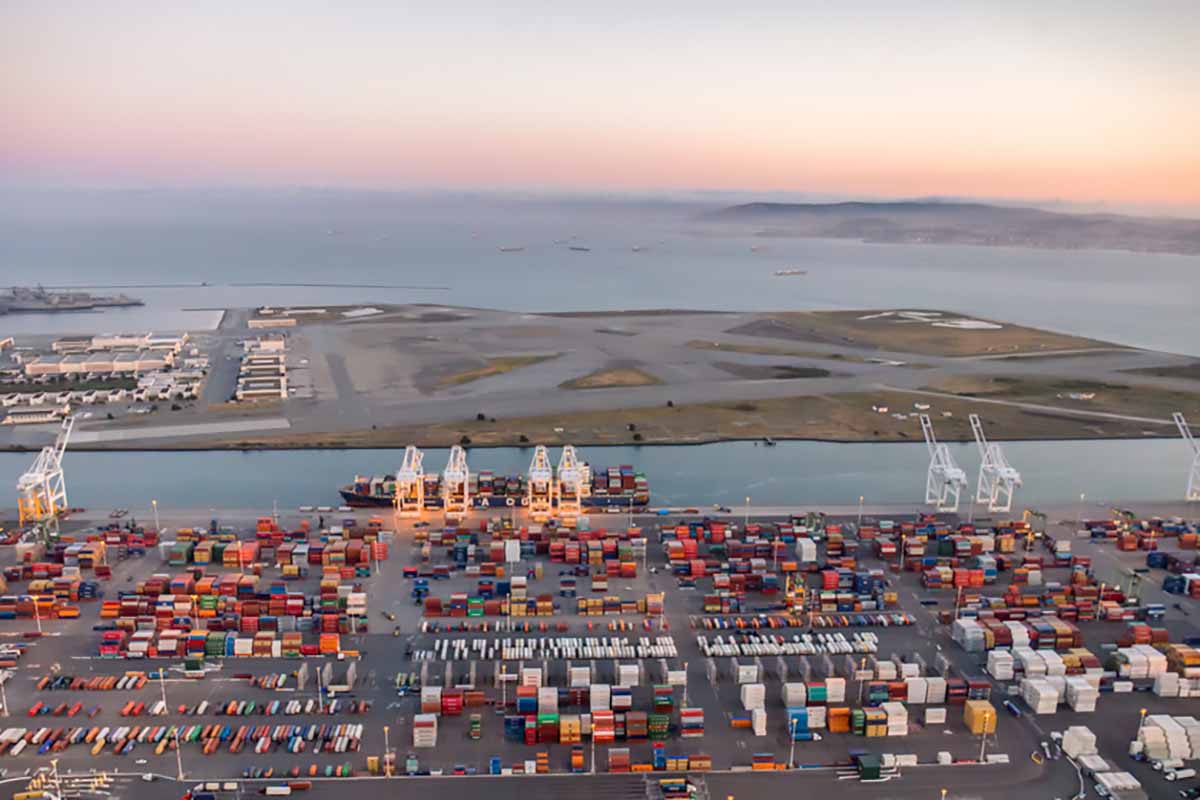 U.S. shipments of mixed plastic, a category that includes plastics recovered from electronic devices, jumped in the first quarter. Nearly two-thirds of the plastic went to Canada.

The export figures were recently released by the U.S. Census Bureau, part of the U.S. Department of Commerce.

E-plastics are frequently baled or shredded and shipped as a mixture of various resins, or “mixed plastics.” There is no commodity code specific to e-plastics.

E-plastics have experienced market turmoil in recent years as overseas markets, most notably China, have moved to reject imports of such materials. As of late 2019, e-plastic markets were largely concentrated in southeast Asia, although domestic outlets are growing.

This year, global rule changes within the Basel Convention further regulated movement of the materials. The plastics continue to flow out of the U.S. in significant quantities, but the majority of the material is remaining in North America.

From January through March of this year, U.S. companies exported 120 million pounds of mixed plastics, up from 96 million pounds during the first quarter of 2020.

Still, this year’s first-quarter quantity remains far below first-quarter figures prior to 2020. It’s less than a third of the quantity of mixed plastic exported in the first quarter of 2017, for example.

The long-term decline of U.S. mixed plastic exports, and the fact that a majority of the material is now going to neighboring countries in North America, comes as e-plastics processing capacity expands in the U.S. and Canada. A handful of electronics and plastics recycling companies have recently invested to process e-plastics, with many citing uncertain export markets as an impetus for their investments. The companies include BoMET Polymer Solutions, eCycle Solutions, Owl Electronic Recycling, Plastic Recycling, Inc. and Universal Recycling Technologies. 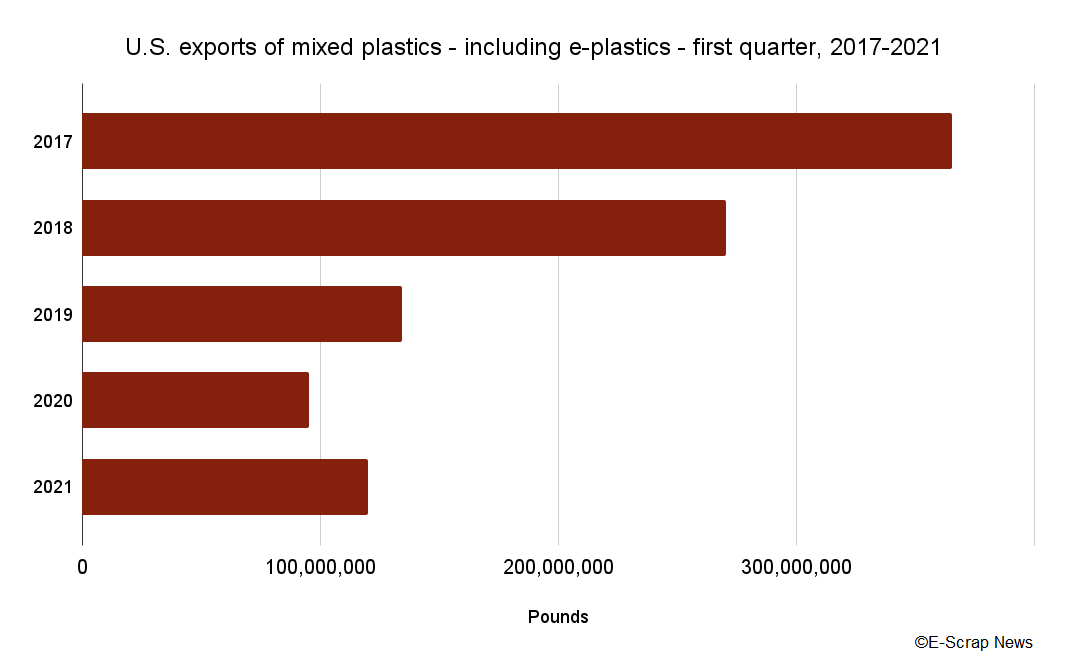