In My Opinion: How bureaucracies and bias sunk a CRT solution 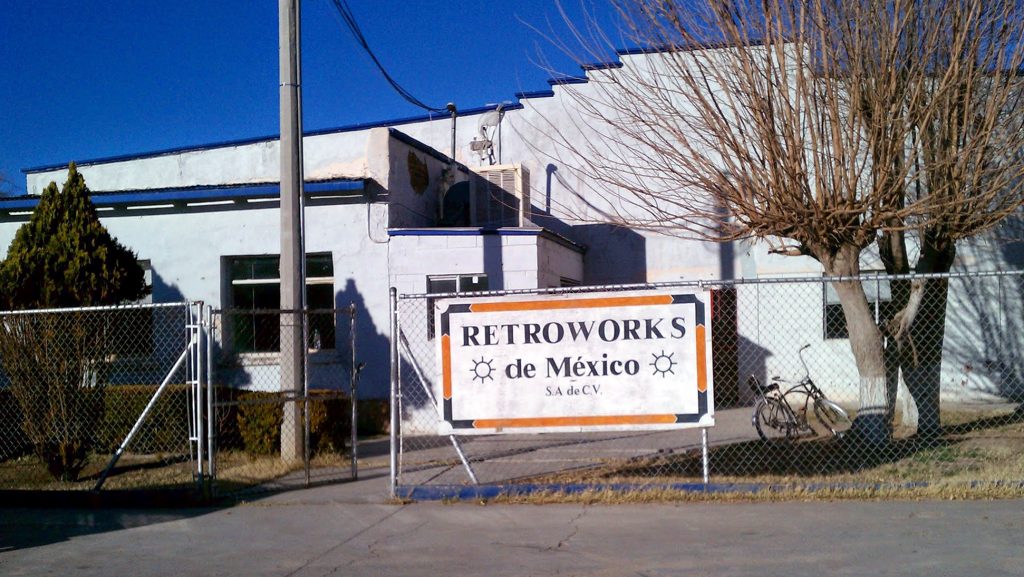 After 13 years, Retroworks de Mexico will turn off the lights and shut the door next month. But the CRT processor was no failure.

As a partner who helped found Retroworks de Mexico, I’ll tell the story of how the company began, what factors led to its closure, and why its operations over the past 13 years have demonstrated that emerging markets can be better at recycling electronics than rich ones.

How it all started

In 2007, I opened my red mailbox at my home in Middlebury, Vt. There was a letter with a postmark from Bisbee, Ariz. and inside was a check, addressed to me, for $5,000. It was a consulting retainer from my friend Mike Rohrbach, a retired IBM supercomputer salesman (and childhood refugee from Nazi Germany), who wanted me to help start a recycling company in Sonora, Mexico, about an hour south of the Arizona border town of Douglas. At the time, I already owned and operated my electronics recycling company, American Retroworks, in Middlebury.

Rohrbach had read my article on “urban mining.” Meanwhile, he had met two Mexican engineering Ph.Ds working for the Great Southern Copper Grupo Mexico smelter. The company’s enormous Cananea mine employs tens of thousands of Mexican miners and is visible from space. He had also met a Mexico rancher, Roberto, and his American wife, Alice, in the village of Fronteras, not far from the smelter. The couple introduced Rohrbach to a Mexican women’s collective that had (rent free) the keys to an abandoned factory.

With the consulting retainer, Rohrbach wanted me to come to Mexico to set up the women’s collective as a recycling company, which would send disassembled computer and TV scrap to the smelter. So, in 2007, Rohrbach and I traveled to Fronteras, where a group of 50 citizens – ranchers, smelter engineers, unemployed locals, disemployed women, and families – welcomed me with a massive barbeque in front of the factory building. A sign painter had already painted “Retroworks,” my company name, on the fence.

I asked the engineers if the smelter could use CRT cullet. Yes, they replied, as long as it was no smaller than three-quarters of an inch and no bigger than two inches, it could be used to replace fluxing agent – silica with added lead, or naturally occurring leaded quartz (anglesite). Unlike a lead smelter, they could also use a mix of panel and funnel as “fluxing agent.”

Though I was busy with my company in Vermont, I was overcome by the intensity of the community in Mexico and its desire to create sustainable, circular economy jobs. What the heck, let’s do this.

During the first year, I matched the $5,000 to fly eight of the Mexican staff to apprentice at our facility in Middlebury. We flew six of our own Vermont staff to Mexico to do the same. The Mexicans lived with me in my house, with our Puerto Rican Vermont staffer, Tito.

Retroworks de Mexico (RdM) incorporated and obtained a license as a maquila factory, which meant it could import raw materials and export its products duty free. Retroworks de Mexico and I leased a staging warehouse in Douglas, Ariz., to sort all the items for customs. At the factory, the careful hand disassembly produced electronics-grade copper, aluminum, heat sinks and circuit boards that were exquisitely sorted, commanding much higher values than machine-shredded electronics.

Landing clients and getting noticed

RdM’s first client was the city of Tucson. The city’s panel of experts awarded us the contract after meeting the entire cadre of Las Chicas Bravas (the co-op’s nickname) and ranchers Roberto and Alice, who directed operations. A savvy young geek, Mariano, came to explain the reuse and repair talent.

But barely a week after being awarded the city of Tucson contract, a Tucson city councilman announced that the Mexican workers would not recycle the electronics – they would burn them in barrels and dump the CRT glass into the canals. He cited the statistic that 80% of exports are improperly disposed of. Having already sent trucks down there and having leased the space in Douglas, we were gut-punched.

Regardless, we were able to supply the plant with scrap electronics. Tucson Clean and Beautiful, a nonprofit environmental group, supported RdM by holding regular one-day events in Tucson (the city’s returning incumbent vendor refused to accept TVs). A few other recyclers started to ship CRT televisions in trailer-load bulk. Mariano would test them and resell what he could, and the rest were torn down. The women ran plastic through balers, stacked CRTs, and sorted copper from steel and aluminum. We shipped reuse-worthy CRT TVs all the way from Vermont, knowing that if they could not be resold, they’d be properly recycled.

The CRT cullet was regularly processed and shipped as a fluxing agent to the smelter.

The operation drew attention from around the world. Memorial University, University of Southern California, the Massachusetts Institute of Technology (MIT), the Pontifica Catholic University of Peru (PUCP), and other institutions of higher learning began to study RdM. Although Mexico is a member of the Organization for Economic Co-operation and Development (OECD), which includes non-developing countries, this part of Sonora was very poor. We showed the researchers that if recycling could be done well here, it could be done well anywhere. 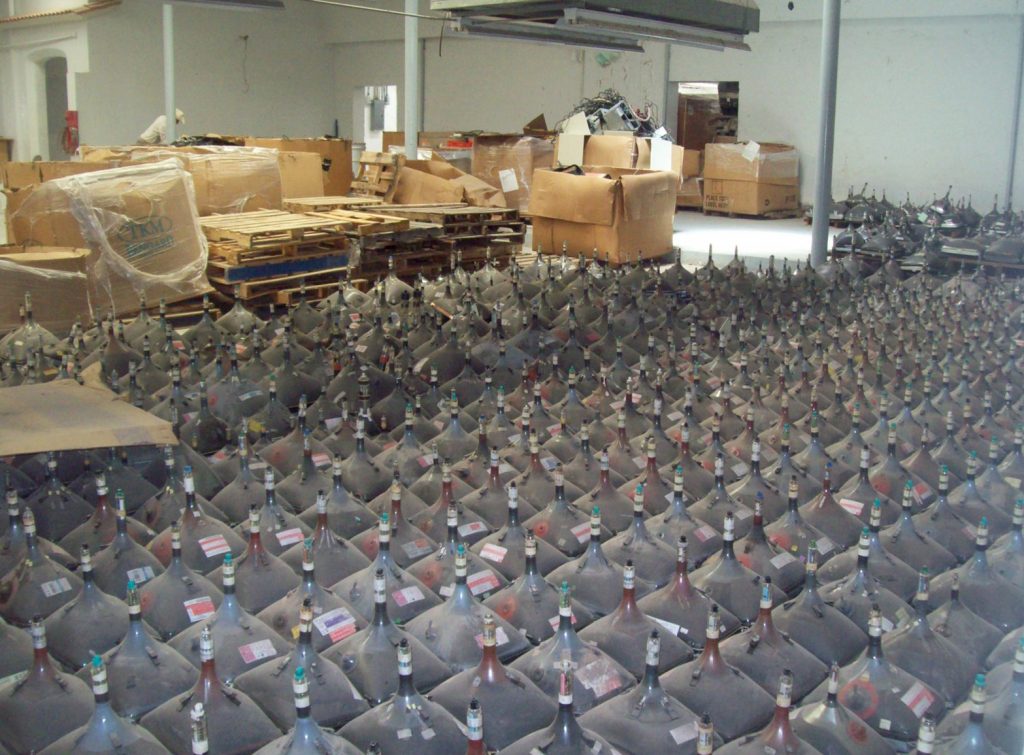 Retroworks de Mexico processed CRT cullet and shipped it as a fluxing agent to the nearby smelter. | Photo courtesy Robin Ingenthron

After coverage in NPR and PBS, we were invited by Investors Circle and other social investing groups to “pitch” RdM. We were a finalist at the 2014 Resource Recycling Conference Recycling Innovator’s Forum for our proposal to mix in CRT cullet as 10%-recycled-content fluxing agent, mixing it in rail cars full of galena and anglesite purchased as flux for the smelter.

If we mixed 10% CRT cullet in fluxing agents, the smelter could consume up to 220 tons per day of CRT cullet. And several recycling companies made pitches to us to try to scale the factory to approach that level. RdM even took a trailer of cullet from Closed Loop Refining and Recovery in Phoenix, perhaps the only load that was ever really recycled there.

There were problems, though. The bureaucracy at the Mexico border forced Mariano to list every single scrap TV by make, model, year and country of origin, and to demonstrate the TVs were processed within a year. Few investors wanted to spend money on lawyers.

Also, the smelter had a major tailing pond spill and was locked down by environmental fines for over a year. The smelter, which pulled in $55 million per day in revenue, refused to grant access to auditors for the R2 or e-Stewards certification standards. “The lawyers here would eat us for lunch if we opened the gates to some zealous recycling advocate,” a company engineer told me.

TV market changes presented more difficulties for RdM. The reuse value of CRTs declined, and the RdM employees, who were getting older, didn’t want to adapt to flat-panel TV processing. Without some reuse value, my Vermont company could no longer afford transportation from New England (we ceased shipments in 2015).

In the end, a $5,000 investment the year before the 2008 market crash was too little to bring us to scale. My company would spend tens of thousands of over the next 12 years, and it was worth every penny, but we were not able to give RdM the investment it needed to thrive.

With the COVID-19 pandemic hitting Mexico particularly hard, my partners are hanging up the tools this October. They are shipping the very last cullet load to the copper smelter this week. They’ve sold the remaining copper to local dealers and will send photos of the lonely, empty building that I first entered in 2007.

When I think about the Tucson city councilman who berated our Mexico partners, calling them “primitive,” I also think about the Arizona companies that won the business instead, and that abandoned their own warehouses full of non-recycled, toxic piles of CRT junk.

Robin Ingenthron is founder and president of American Retroworks, based in Middlebury, Vt.