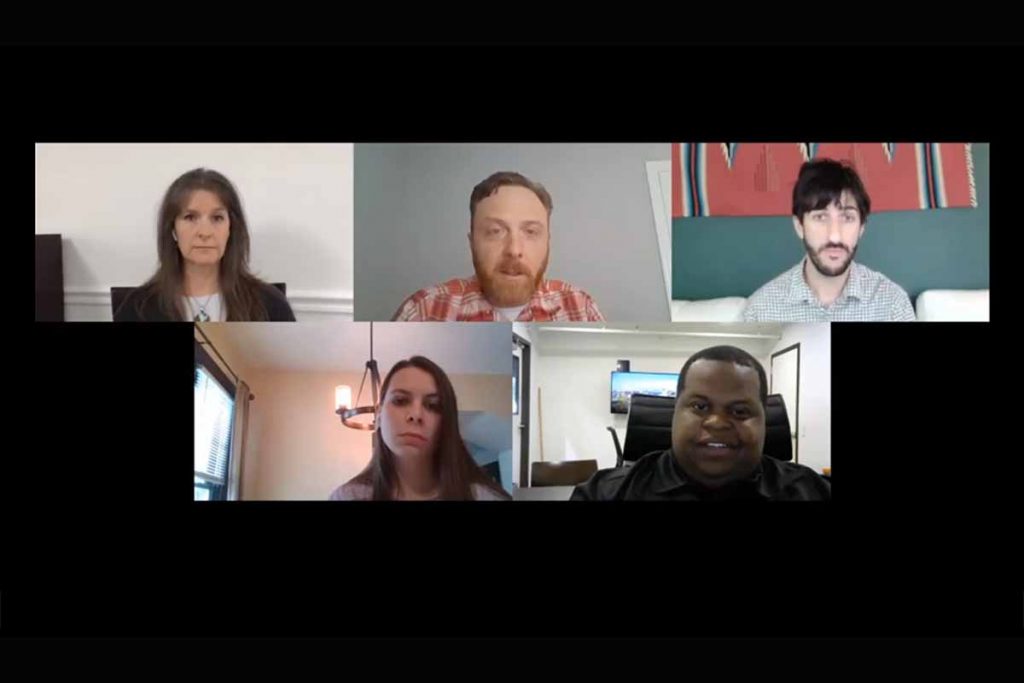 Processors and state programs alike saw a lot less material this spring as the COVID-19 pandemic took hold. But in the last couple months, inbound volumes have returned and surged in some cases. That fact has created new challenges.

In a panel discussion kicking off E-Scrap Virtual last week, stakeholders from different sectors of the industry opened up on operational changes they’ve made to adapt to the pandemic realities, as well as business impacts in inbound volume and staffing levels. (E-Scrap Virtual is continuing with a variety of events over the next six weeks.)

Among other points, the experts explained how some of the pandemic’s impacts, while significant, have canceled each other out.

“There is some increase in revenue that we’ve seen on the retail side for devices, but on the flip side there’s been increases in costs, and some slowdown of certain sectors of volume,” said Phillips of Tulsa, Okla.-based processor Natural Evolution.

As the pandemic took hold, Nashville-based S3 Recycling Solutions hired a full-time staff position dedicated to maintaining COVID-19 safety protocols. This officer was on-site 10 hours each day, ensuring safety measures were being observed. The company also moved all administrative staff to a work-from-home schedule, and that has worked out well, McDaniel said.

The company also immediately contacted its cleaning crew and began a three-times-a-week deep clean of the company’s common areas.

“It incurred some cost, but it has ensured the safety and security of our employees,” McDaniel said.

Phillips said her company shut down its offices at the end of March and kept them closed until early May. Her company is also performing deep cleaning much more frequently, Phillips said.

The company implemented the standard safety protocols among employees, requiring masks and other personal protective equipment. That has helped protect workers but also had an impact on business operations, she noted.

“When you’re keeping people spaced out, it takes longer to get things done,” Phillips said.

The Illinois state program was already in a period of flux as a major shift in how the program operates was underway. Lawmakers in 2017 passed legislation bringing in sweeping changes, including increasing manufacturers’ funding responsibility to require year-round collection funding.

Last year was the first full year of the revamped program, and now things have shifted again.

“When the pandemic really hit here, that is when events would have started: in the spring, through the summer and the fall,” said Miller, of the Illinois EPA. “From what we have seen, there’s been a lot of canceled or postponed events; I would say almost all of them.”

While she estimates events may be impacted at least through the end of the year, collection sites began reopening a couple months ago. These dedicated collection areas quickly saw an influx of material, and some had to schedule additional pickups due to the higher volume.

“They are getting a good flow of material, from my understanding,” Miller said.

Jason Linnell, executive director of the National Center for Electronics Recycling, which plays a role in several state programs around the country, said those trends are visible nationally as well. From March through June, collection efforts were suspended in many jurisdictions, he said.

“There were a number of municipal programs that stopped collecting, some big retailer and nonprofit collections stopped during that time,” he said. “And we’re starting to see that shake out in the data that we’ve gotten back in.”

“The levels are getting back up now, back to where we would expect them to be in the summer months,” Linnell said.

Like in Illinois, that increase has come largely through the reopening of permanent collection sites. But that’s not without challenges.

“There are staffing challenges at the collection sites as well as at the recyclers,” Linnell said. Companies are looking to this time last year to estimate staffing needs, but with the influx of material, those predictions aren’t always accurate.

Leading to material impacts for processors

Natural Evolution has seen a year-over-year volume decrease of about 8%, Phillips said. But between June and July, the company saw a “flood” of material, she noted.

“There was definitely a pent-up demand,” she said.

Along with collections ceasing at Natural Evolution’s facility earlier this year, one of the collection sites it works with in the Tulsa area had stopped taking material as well. Once those options opened back up, residential volume has quickly increased again.

In Nashville, S3 saw a similar “huge decrease” of about 50% in inbound volume in April and May, McDaniel said. But June, July and August brought volumes back up, he said.

And S3 has seen the commercial side remain surprisingly active. The company doesn’t handle much residential material from dropoff sites, instead focusing on corporate asset retirement.

“We’ve actually seen, in June, July and August, about a 180% increase,” McDaniel said. “We currently have 46 open lots, those are pickups, and that’s not typical.”

Those are material loads that have been collected and brought into S3’s facility, but have not been processed completely. In sort, the increased volume has led to staffing challenges – and S3 was already having trouble meeting staffing needs.

Commercial activity has been particularly strong in a few specific sectors, notably the medical field, McDaniel said. Hospitals have been getting rid of a lot of equipment, he noted. Typically a processor might collect equipment from a major medical center every other week, but recently that has increased in some cases to twice per week.