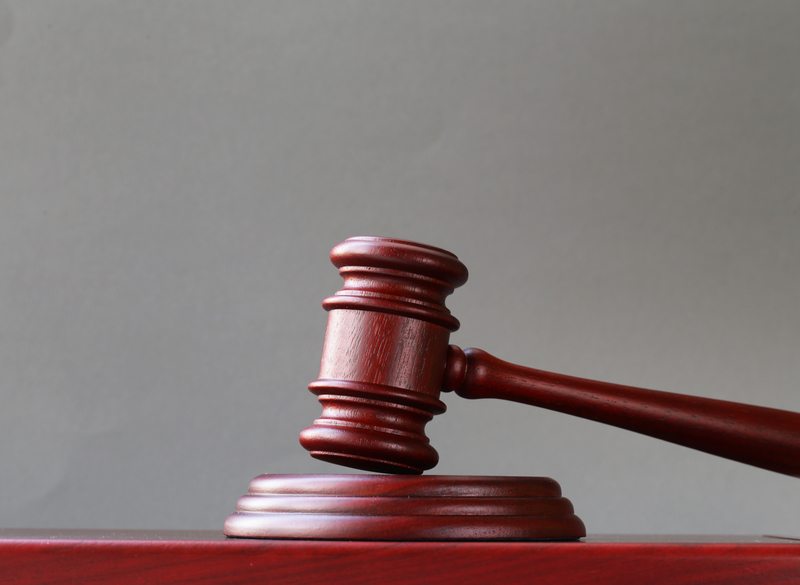 Shuttered e-scrap company 5R Processors has been at the center of a stockpiling saga. Now, a former state senator in Wisconsin says executives from the company duped him into backing the firm in 2013.

Kevin Shibilski on July 20 filed a lawsuit against former executives of 5R Processors, an e-scrap firm that was headquartered in Ladysmith, Wis. before shutting down amid a CRT stockpiling controversy. Company leaders in May pleaded guilty to conspiracy to store and transport hazardous waste.

Shibilski, a former Wisconsin state senator, became involved with 5R in 2013, when he signed an agreement to invest in the company and bring it out of financial distress.

Shibilski’s lawsuit, which was filed in U.S. District Court for the Western District of Wisconsin, claims he was presented with information showing 5R owing about $315,000 in unpaid payroll taxes. But in reality, the financial liabilities were far higher and the company’s stockpiling troubles were far deeper than was represented to the investor, according to the lawsuit.

“Shibilski was a victim of a group of fraudsters who duped him into investing in 5R Processors by falsifying books and records which hid hundreds of thousands of dollars in unpaid tax liabilities and ongoing environmental schemes involving hazardous waste storage,” said attorney Mark Belongia, who is representing Shibilski, in a news release.

The suit accuses 5R officials Thomas Drake, James Moss and Bonnie Dennee of fraudulently inducing Shibilski to invest under false pretenses and breaching their fiduciary responsibilities to the company. Drake, Moss and Dennee are awaiting sentencing after the three pleaded guilty to the hazardous waste charges, with Moss also pleading guilty to defrauding the IRS of more than $850,000.

Additionally, the complaint accuses a local bank and the bank’s top executives of fraud and other financial wrongdoings, alleging they helped former 5R officials set up a competing e-scrap company to steal assets and customers from 5R.

The defendants have not yet filed responses to the lawsuit.

5R’s money problems began with the decline in CRT markets, according to the lawsuit. According to the complaint, in 2004, display device manufacturers were paying an average of $205 per ton for processed CRT glass. But as LCD technology took hold and demand for new CRT TVs and monitors decreased, the economics shifted dramatically. By 2012, “electronics recyclers like 5R had to pay an average of $200/ton to recycle CRT glass,” the lawsuit states.

As those costs hit 5R, the company “accumulated large amounts of CRT glass for which it could not properly store or comply with the one-year disposal requirements” laid out in federal law. This non-compliant accumulation occurred at least between 2010 and 2012, according to the lawsuit.

Shibilski’s complaint stems from 5R’s move to seek money as it experienced financial instability. The company’s attorney contacted Shibilski while working to restructure 5R’s debt, according to the complaint. Shibilski was employed with an investment management firm and also had connections with the Wisconsin Economic Development Corporation, which 5R viewed as a possible source for financial aid.

But when financing through the economic development agency, Shibilski’s firm and a bank all fell through, 5R proposed a “direct investment” by Shibilski, the complaint states.

The e-scrap firm offered Shibilski a salary, gradually increasing stock ownership interest in the company and a CEO title. In exchange, he was to assume then-CEO Drake’s personal guarantees to company debt.

As part of soliciting his investment, 5R created a business plan with financial information, but all of these documents “contained material misrepresentations or purposefully omitted material facts,” the complaint alleges. These included falsely claiming the company was in compliance with federal stockpiling requirements, details about how much CRT glass 5R had stored and where it was located, various debts, and more, the complaint alleges.

Shibilski entered into an agreement with 5R in 2013, becoming CEO and acquiring 15% of its corporate stock. He didn’t learn of the company’s troubled CRT glass storage and movement until late the following year when he visited a 5R facility and “saw the glass for himself,” according to the lawsuit.

Because he entered into the business agreement and took on company debt with false information, Shibilski is asking the court to invalidate the agreement and compensate him for his financial losses.

The lawsuit also alleges that Ladysmith Federal Savings and Loan was involved in concealing from Shibilski financial mismanagement related to 5R’s bank account. It also accuses former 5R officials and the bank of racketeering related to the creation of a separate company to compete with 5R.

The following is according to Shibilski’s lawsuit:

Moss, who served as 5R president, made a series of overdrafts from the 5R company account, totaling $349,000. The bank was aware of these overdrafts but worked with Moss to conceal them from Shibilski. He was not informed of the overdrafts until weeks after he personally guaranteed 5R’s company debt.

In addition, in 2014, 5R’s attorney advised Shibilski to create a separate “sister company,” called Pure Extractions, focused specifically on glass recycling. Pure Extractions also had Shibilski as its CEO, but Moss had control over the bank accounts. Moss overdrew it and committed fraudulent activities using this account.

At the same time, Moss was conspiring with other 5R officials as well as Ladysmith Federal Savings and Loan and a bank representative to set up yet another new company, called PXL, Inc. This company was designed to compete with 5R and Pure Extractions, beginning in early 2016. The bank representative “had full knowledge that PXL was being set up to steal the assets and customers of 5R and Pure Extractions,” according to the lawsuit.

Later that year, Moss left 5R to work for PXL. He took assets including equipment, office furniture, documents and customer databases for use by PXL.

Eventually, 5R’s financial troubles led Shibilski to default on the debt he had guaranteed, which spurred a dispute between Shibilski and Ladysmith Federal Savings and Loan, the debt holder, over settlement terms.