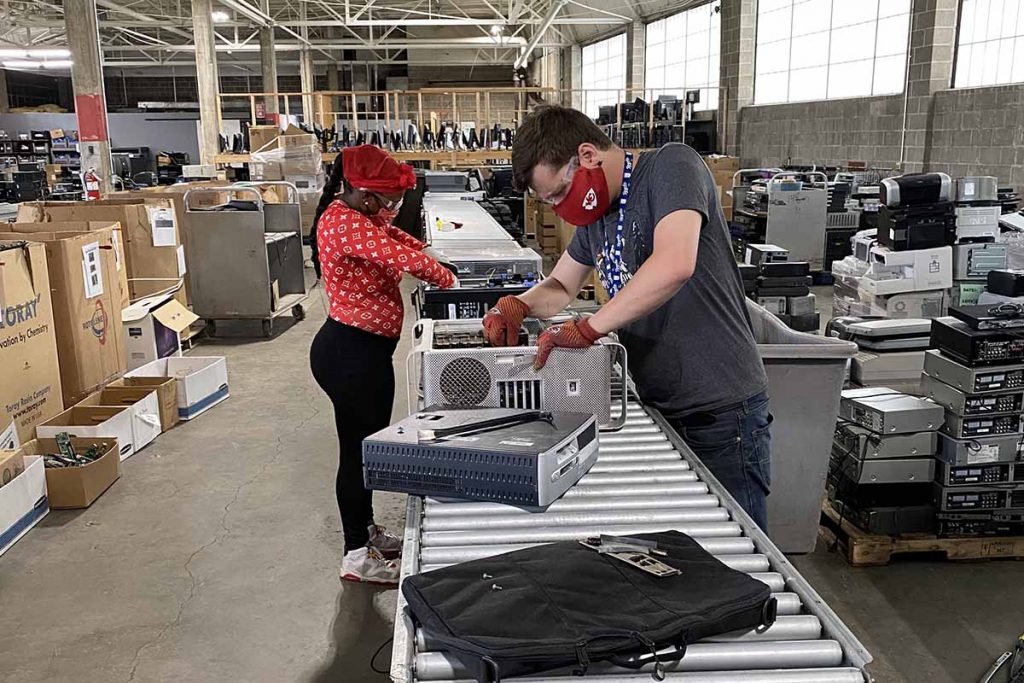 The refurbishment-focused group in early June merged with Kansas City, Mo. nonprofit Connecting For Good, giving PCs for People a processing presence in that city. And this week, the organization announced it is opening a processing facility in Baltimore and will begin bringing in devices in the next few weeks.

In an interview, PCs for People CEO Casey Sorensen elaborated on the expansion projects, which bring the organization’s network up to five processing facilities nationwide. They are in Baltimore; Cleveland; Denver; Kansas City; and St. Paul, Minn.

He also described how the period of growth has taken shape despite disruptions from the coronavirus pandemic.

PCs for People has a focus on digital inclusion, meaning the organization strives to expand access among low-income individuals to computers, internet and other technology tools.

The group’s new Kansas City facility is a 38,000-square-foot processing center set up to receive and refurbish IT equipment. It has the capacity to process about 50,000 computers per year, or roughly 2.5 million pounds of material.

The partnership between Connecting for Good and PCs for People is the latest shift in facility management for the Kansas City site. It was operated by longtime nonprofit organization Surplus Exchange until that operation temporarily closed its doors in early 2019, citing market pressure. Later that year, the organization was acquired by Connecting for Good, another local organization with a focus on digital inclusion.

As of June 1, the facility is part of PCs for People.

The partnership was finalized after about eight months of discussion between the organizations on how they could collaborate. Through those conversations, the organizations realized their missions had more similarities than differences, Sorensen explained. For example, both are nonprofit refurbishment-focused entities with an emphasis on digital inclusion.

“It didn’t make sense for two organizations to try to do this separately, it made sense to join forces and try to do it together,” he said.

The location had not sought industry certifications in the past, Sorensen noted, but in the few weeks since the partnership was established, the facility has moved through a successful audit for National Association of Information Destruction (NAID) certification, Sorensen said.

Going through that process, the facility staff was able to use some of PCs for People’s knowledge without having to implement a new environmental management system of their own.

“That shows some of the power of working together,” Sorensen said, adding that getting to the level of achieving a successful audit could have taken quite a bit longer without the collaboration. 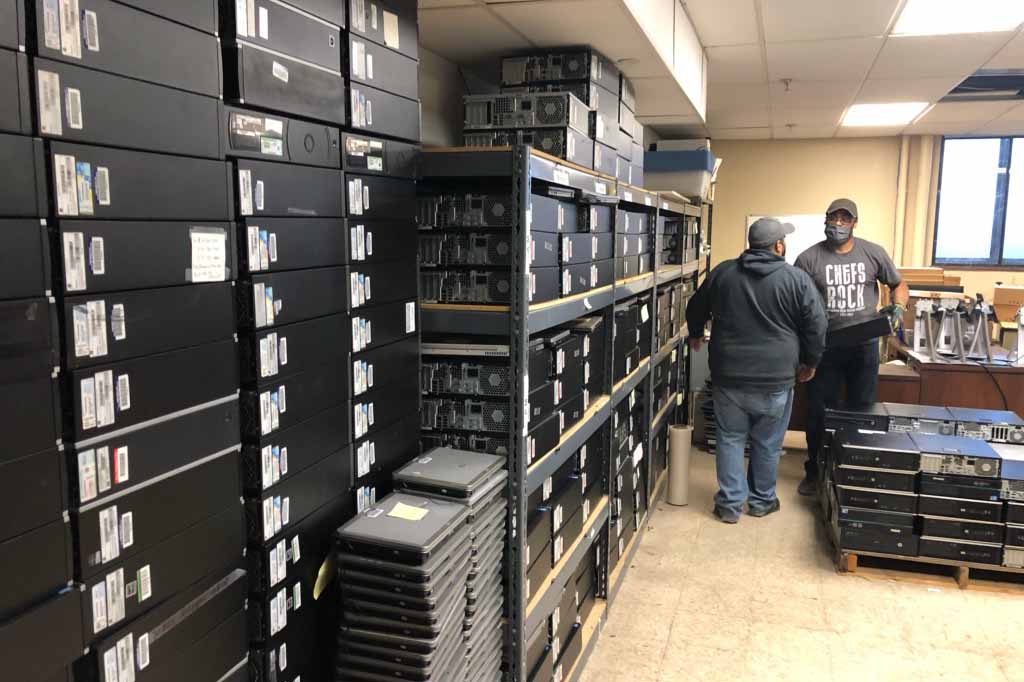 PCs for People employees picking up devices for processing at the company’s Kansas City, Mo. facility. | Courtesy PCs for People

PCs for People first discussed its plans for a facility in Maryland’s largest city last year. Now, the organization is just about set to begin operating there.

The nonprofit has leased a 10,000-square-foot processing site, Sorensen said, with vacant adjacent space allowing expansion in the future. The facility will have the capacity to process up to 20,000 computers a year, he added.

The operation will be set up to perform ITAD sourcing, refurbishment, distribution and more, Sorensen said.

A Baltimore location had its genesis when Sorensen was invited to speak at the White House in 2016, as part of President Obama’s ConnectALL initiative for expanding schools’ digital access. Through that speaking engagement, Sorensen connected with the Deutsch Foundation, a nonprofit organization that was interested in digital inclusion in Baltimore.

PCs for People learned about the digital divide in Baltimore, where an estimated one in three households do not have a laptop or desktop computer.

“It became a great fit for us to look at establishing a physical, full-time presence,” Sorensen said.

Both expansion projects come against the backdrop of COVID-19, which has created business disruptions for many companies.

The pandemic added some challenges with PCs for People’s efforts, Sorensen noted, including cancelling plans to host on-site training as part of the Kansas City transition and having to go through a virtual hiring process for the executive director position at the Baltimore site.

Still, both projects continued to move forward as planned.

Meanwhile, like numerous device resellers nationwide, the organization has seen a significant increase in demand. At its Cleveland facility, for instance, there was a 350% increase in demand for devices as numerous workplaces transitioned to a remote work environment, Sorensen said.

That demand increase came as PCs for People saw a notable decline in incoming equipment as offices shuttered, but Sorensen said he agrees with projections that there could be a rubber-band effect of spiking inbound volumes once workplaces reopen in the future.