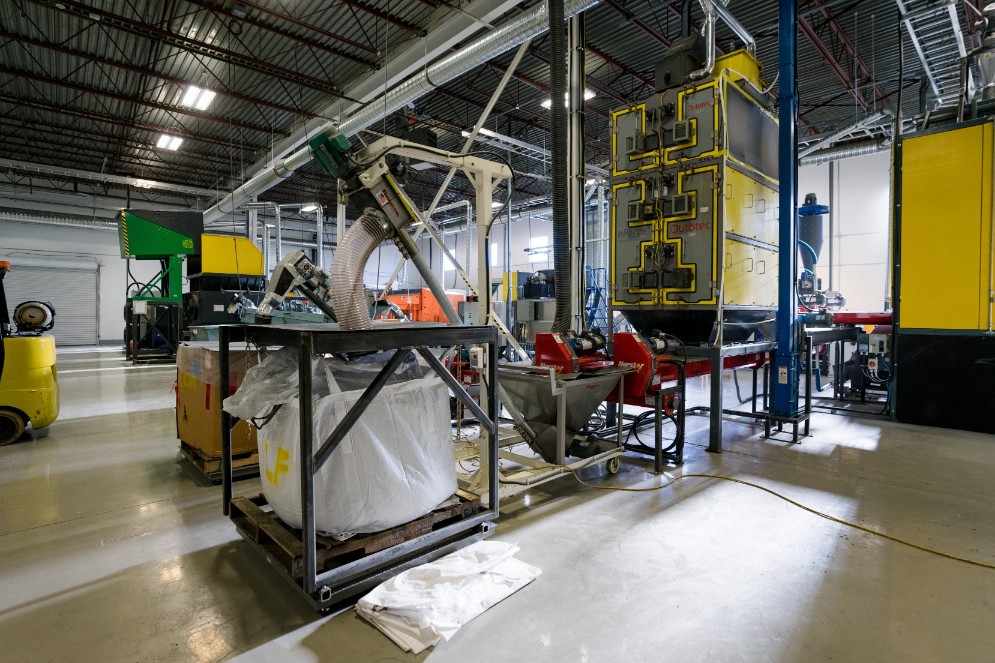 EnviroLeach has been developing a non-toxic hydrometallurgical metals leaching method for several years. | Courtesy of Enviroleach.

Circuit board processor EnviroLeach is gearing up to bring its Canadian facility to commercial-scale capacity in the next two months. The company recently raised significant capital to help in that effort.

The Vancouver, British Columbia-based company, which has been developing a non-toxic hydrometallurgical metals leaching method for several years, is currently focusing its efforts on a processing site in Vancouver.

Duane Nelson, CEO of EnviroLeach, said the company plans to scale up to processing 10 tons per day within the next 60 days.

The company recently raised 2.5 million Canadian dollars ($1.77 million) through the sale of shares to private buyers. That sale closed in March through multiple rounds of funding.

“That money helps us with continued research and development,” Nelson said. It is also key to the company getting its plant capacity up to 300 tons per month.

After hitting 10 tons per day, EnviroLeach will focus on expanding the capacity at its Vancouver plant to 20 tons per day. The company also has a five-year plan in place to develop similar processing facilities around the U.S., Nelson said.

In its test phase, EnviroLeach has sourced feedstock from all over the world, including from throughout North America and as far as Malaysia and the Philippines.

In recent months, EnviroLeach has used its proprietary process to recover additional metals from e-scrap, including one metal that’s often not recovered through the traditional smelting route.

EnviroLeach was approached by an OEM interested in recovering tin through the recycling process, because the metal is often considered a conflict mineral. EnviroLeach spent roughly eight months working on tin extraction and, in February, announced its process had recovered about 90% of the tin contained in the tested PCBs. There is anywhere from $300 to $600 worth of tin per ton of PCBs, Nelson explained.

Besides offering the potential to recover additional materials and value, EnviroLeach frames its technology as a way to add domestic processing capacity for circuit boards.

“Right now, those materials are all leaving the U.S., all going to international smelters instead of staying in the U.S.,” Nelson said. “In today’s environment, why are we shipping all of these valuable raw goods overseas when it could be extracted right here in North America?”