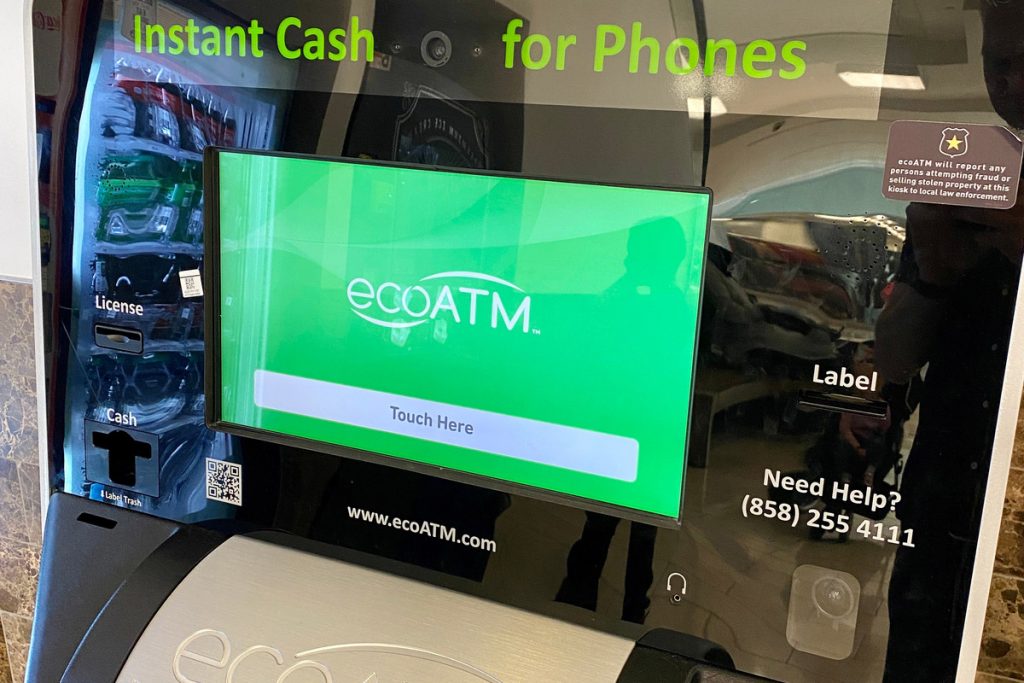 Used phone purchasing company ecoATM appears to be bouncing back and growing rapidly, after it suffered financial losses and laid off staff in earlier years.

EcoATM owns mobile device buy-back kiosks in thousands of retail locations around the country. At the kiosks, consumers can sell their old phones for reuse or, if resale markets are weak for a particular model, deposit them for free for recycling. Phones are resold either to wholesalers or individual consumers through ecoATM’s Gazelle.com platform and other online marketplaces.

Several years ago, the company was running substantial losses. EcoATM used to be part of publicly traded company Outerwall, which also owned the Redbox and Coinstar kiosks found at the front of stores around the country. Outerwall disclosed that during the second quarter of 2015, for example, ecoATM had ran an operating loss of nearly $93 million. In 2016, ecoATM laid off over 100 employees from its San Diego headquarters.

But a Feb. 4 press release reported a significant increase in the number of kiosks deployed in recent years, a substantial equity purchase in the company, and the closing of a loan. According to the release, Cowen Sustainable Advisors reached an agreement to purchase a $200 million minority stake in San Diego-based ecoATM. Cowen purchased the ownership stake from Apollo Funds, which will continue to be the majority owner. Two co-heads of Cowen Sustainable Advisors will join the ecoATM board, “providing strategic guidance particularly with regard to growth and sustainability.”

The release also noted that, in January, ecoATM got approval to borrow up to $150 million. With the money, the company “plans to continue to invest in its kiosk footprint and technology, expanding its kiosk network across the United States and Europe.”

The release also noted the number of kiosks deployed has increased by 2,000 under Apollo’s ownership. The company now has 4,300 kiosks spread across the U.S. and 54 in the U.K. and Germany as it begins its expansion into Europe.