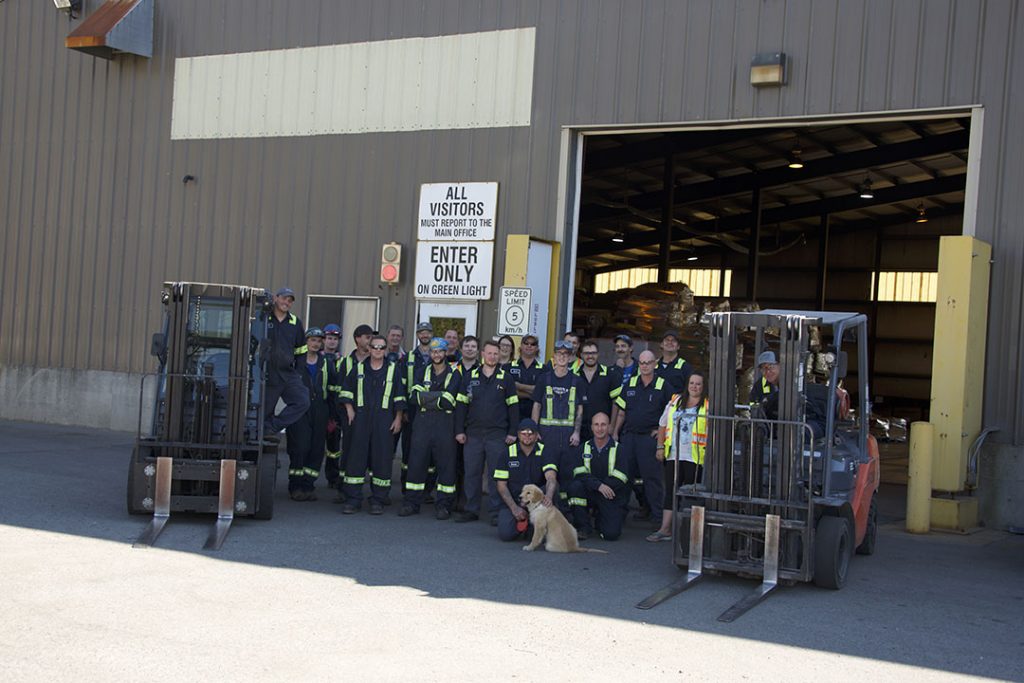 KC Recycling, which prepares CRT glass for Teck’s lead smelter in British Columbia, is doubling its glass-processing capacity. The move is in response to Glencore closing its New Brunswick smelter.

Located just down the highway from Teck’s smelter in Trail, B.C., KC Recycling announced it will run a second shift and install bulk handling equipment, allowing it to double the amount of glass it handles.

“We can process pretty much as much as we can get,” said Pete Stamper, CEO of KC Recycling.

The announcement comes after global mining and commodities trading company Glencore began shutting down its lead smelter in eastern Canada. That facility, in the village of Belledune, took in millions of pounds of CRT glass annually, including at least 12 million pounds from Columbus, Ohio company Novotec Recycling. The closure has shifted flows of CRT glass from eastern Canada and the U.S.; Novotec said it’s already working to secure agreements with two other smelters.

In the battery business, KC Recycling sends lead and acid to Teck and plastic from casings to plastics recycling companies. The e-scrap operation utilizes a shredder, eddy current separator and magnet to process scrap electronics collected in the interior of British Columbia.

The CRT glass business takes in material from the company’s dismantling business and from other e-scrap processors in Canada, Washington state and Oregon. KC Recycling removes non-lead metals from the glass and size reduces the glass in preparation for Teck’s furnace.

“It’s certainly a lot more than we have been processing, and the trucks are coming from all the e-scrap recyclers back east,” he said. “And when we’ve reached out to them, we’re pretty confident they’re using us as their primary destination.”

Additionally, movement of processed glass is performed on-site with bins and forklifts, presenting a production bottleneck. So KC Recycling purchased automated conveyors and a silo, which will sit above and fill up roll-off containers. Those roll-offs are then trucked less than 10 miles down the highway to Teck.

The equipment is expected to come on-line this month, he said. A company press release said the company is “investing significant capital” in the equipment. Stamper declined to reveal exactly how much it cost.

KC Recycling and Teck jointly agreed to take the doubled volumes of CRT glass currently arriving in trucks, Stamper said. But KC Recycling doesn’t yet know exactly how much material Teck will want on an ongoing basis to serve its metallurgical needs. He said he thinks Teck’s demand and KC Recycling’s supply will roughly line up, however.

“We’ve have the capacity to do whatever Teck will take,” he said.