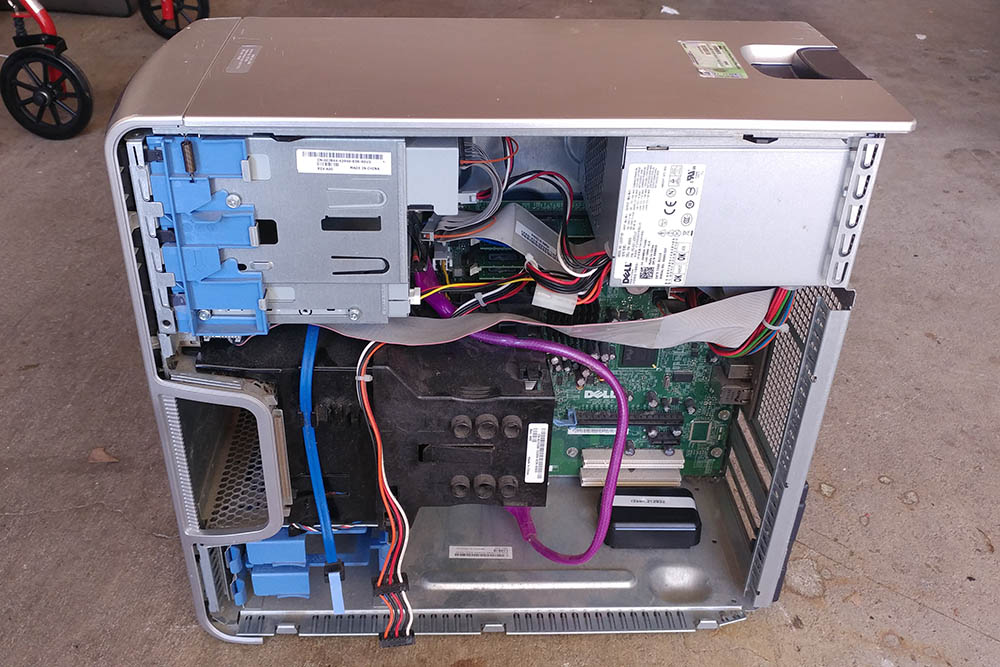 A computer tower with a tracking device provided by the Green Tracking Service (device at lower right).

Green Tracking Service is making several changes to its GPS monitoring products, including new tracker models and more data being reported to users.

The service, which is provided by California-based Dennis Ward Enterprises, provides device tracking for the e-scrap industry. Green Tracking Service shows customers where their e-scrap ends up after it leaves the recycling facility.

The program was launched in 2018. Now, the company is making several changes to the technology and software platform it uses, company CEO Dennis Ward told E-Scrap News.

GSM can fill in data voids that come with GPS technology, Ward explained. For example, GPS is the most accurate way to pinpoint location, but GPS signals can be less reliable when a device is moved indoors.

“A lot of the e-waste is more inside, which becomes a challenge,” Ward said.

GSM can fill the data gap.

“You may get a mile away, two miles away, with a GSM signal,” he said. “You can get a signal, but it’ll be a little further away.”

That’s not a big problem for e-scrap tracking, as the goal is often to determine the general location of a device (to determine whether it’s being handled domestically or exported), not the specific facility it is at, Ward said.

The dashboard provides this information in a clean way and gives users management control, Ward said.

The company is also adding to its arsenal of tracking devices. Until recently, Green Tracking Service used a single model of tracker. But the company started using two new tracker models that use alkaline batteries, come with an extended battery life, and are more durable than the previous model, Ward added.

Ward noted the role of tracking devices in e-scrap management is shifting. Trackers aren’t only being used for checking downstream management, but can help to evaluate and improve logistics and other areas of an e-scrap business.

“This is really good for efficiencies,” Ward said.

Ward also used the data from trackers in a report charting the movement of e-scrap on a wider scale.