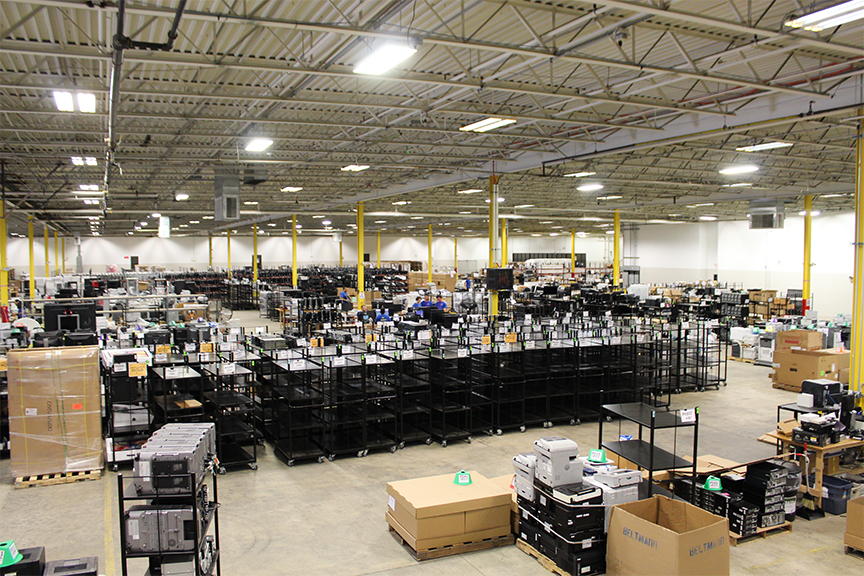 An ITAD firm has nearly tripled the size of its Northeast operation after seeing greater demand in that region, and the company is gearing up for further expansion next year.

“It’s become a hot area for us and it needed more capacity,” said Dan Fuller, president and CEO of EPC, in an interview.

Fuller anticipates that by EPC roughly tripling the size of its Northeast operation, it will also triple its processing capacity there from its current volume of nearly 10,000 devices per month. Company-wide, EPC currently processes about 1.2 million IT assets per year, Fuller said.

EPC is a wholly owned subsidiary of CSI Leasing, which is headquartered in St. Louis. EPC operates eight facilities throughout the U.S. The recent growth will allow EPC to serve the entire Northeast U.S. region, and Fuller said the company doesn’t anticipate opening additional facilities in that area in the foreseeable future.

Earlier this year, EPC opened a 65,000-square-foot Atlanta facility, which, at the time, was the company’s largest outside of Missouri.

EPC’s growth comes at a time of relative uncertainty in the ITAD space, illustrated by Arrow Electronics’ exit from the sector in August. Fuller said EPC’s success, which can be measured by its 20% year-over-year growth in asset disposition volume in the last few years, is tied to its specific focus on ITAD. A company with a particular expertise will be more attractive to customers than companies that add in ITAD capabilities as an afterthought, he said.

The company also works almost exclusively with large commercial generators, rather than handling post-consumer devices from the general public. Fuller said the company is continuing under that strategy.

“We understand and appreciate the consumer market but it’s not a market we’re aggressively going after,” he said, explaining that the enterprise market provides a more controllable and consistent stream.

The company, through its ownership by CSI, has also made global service a priority. There are additional EPC-branded facilities in Mexico, Canada and Costa Rica, Fuller said. These days, it’s almost a necessity for ITAD firms to provide service around the world.

“If you don’t, you’re not going to be very attractive to the larger corporate consumers of IT equipment,” Fuller said.