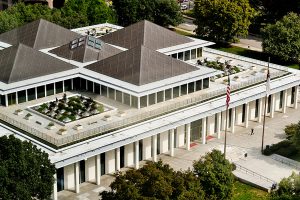 An e-scrap landfill ban will remain in place in North Carolina, despite recent efforts to reverse the regulation.

Lawmakers in the state’s Senate last month made several changes to a bill that initially removed several landfill siting regulations. Among the changes to the bill, lawmakers in a Senate committee pushed to remove the prohibition on landfilling computer equipment and TVs.

But when the bill came before the full Senate for a vote last week, the language calling for a repeal of the landfill ban was removed. The bill passed a floor vote of the Senate, indicating the landfill ban reversal is dead for now. The legislation is now being considered by the North Carolina House of Representative, which could make its own changes.

Computer equipment and TVs were the only materials targeted for removal from the landfill ban; hazardous waste, oil, tires, aluminum cans and other materials were untouched.

According to the News & Observer newspaper, a lawmaker in favor of ending the landfill ban noted that new TVs and computer monitors, such as flat-panel displays, are smaller than the older CRT devices. He also pointed out that gaming systems and phones are not banned from disposal, according to the newspaper.

The proposal drew strong opposition from recycling stakeholders and environmental advocates. The Carolina Recycling Association (CRA) alerted its members about the legislation, asking members to contact lawmakers and make the case for maintaining the ban on disposing electronics.

After the landfill ban was retained in the final bill, CRA thanked members for contacting legislators. The organization asked that stakeholders continue their advocacy, pointing to separate legislation introduced this year that would support e-scrap recycling in state with additional funding.