Firm looks to ‘evangelize’ on behalf of e-scrap industry 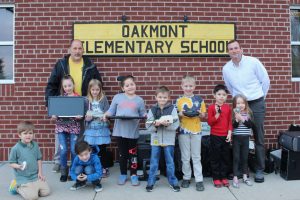 When Steven Napoli started learning about the e-scrap industry, he saw processors achieving and maintaining R2 certification, only to compete against uncertified operations that pilfer valuable devices and trash the rest, he said.

Addressing that issue was one of his motivations for founding The Electronics Reuse and Recycling Alliance (TERRA). The Nashville, Tenn. enterprise wants to direct more used devices to R2-certified facilities.

“No one is really out there trying to evangelize what it is they’re doing – why it is that certified recycling is so important,” Napoli said. “So that was kind of the seed of the idea.”

Napoli recently spoke with E-Scrap News about how the alliance works, a new mail-in recycling program and plans for future expansion.

Napoli, who has a background in sales and marketing, started TERRA in MArch of this year. His company was profiled in late May by the Tennessean newspaper.

Napoli told E-Scrap News he envisions TERRA educating businesses and other material generators about the importance of using certified processors while also offering opportunities for individual consumers to send their used devices to certified facilities.

“I want us to … show the value of the certified recyclers to corporations and large organizations so they start using them more,” Napoli said.

The TERRA business model is based on a system akin to membership dues.

On the consumer side, Napoli on June 11 announced a mail-in recycling program called Done with IT, through which consumers purchase shipping labels to send up to 30 pounds of old devices to a TERRA recycling partner. The program is initially serving a seven-county area around Nashville.

The intention is to provide more recycling access for the metropolitan region, which has a lack of e-scrap recycling access, he said. “The drop-off locations are few and far between, and no one is really broadcasting them,” he said.

TERRA has also partnered with a nearby Tennessee city, Hendersonville, which is promoting the Done with IT program. TERRA is offering city residents a $5 discount on the mail-in recycling services.

If TERRA expands the Done with IT program to other regions, returned devices will be mailed to local processors partnered with TERRA. They would bid to be awarded a single-source contract for receiving mail-in material from each market, he said.

Napoli said that after he signs up sustainer and processor partners and the mail-in program is going well, he’d like to expand TERRA to other markets, pointing to Cincinnai and Atlanta as possibilities.

He also sees future organizational changes. TERRA was incorporated as a limited liability company, allowing Napoli to test the concept to see if it works. If it does, he plans to establish nonprofit organization to run the network, he said.