Right to repair battles heat up in states 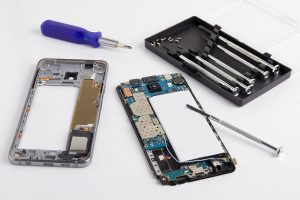 Electronics repair-related bills have been introduced in legislatures across the country, but it’s still too early to know where – or if – they’ll gain traction.

“We expect that by March we’ll have 20 or more bills in the works,” Gay Gordon-Byrne, executive director of repair advocacy group The Repair Association, told E-Scrap News.

Right-to-repair bills require OEMs to make available the information, tools and parts that allow consumers and independent shops to repair consumer electronics. The laws could aid electronics processors in the repair and refurbishment of mobile devices so they can be sold for reuse, as opposed to shredded and sold for commodities recovery.

Last year, bills were introduced in several state legislatures but none passed. Lobbyists working on behalf of OEMs have fought the bills, arguing they present consumer safety and cybersecurity concerns.

In December, the “pro” camp got a boost when Consumer Reports released a model right-to-repair bill. “To help improve consumer choice in the aftermarket, to help consumers save money, and to help reduce waste, Consumer Reports urges lawmakers to take up Right to Repair legislation,” according to the group.

A new group called R2R Solutions is opposing the bills, maintaining a nationwide bill tracker on its website. The group is backed by members of the farm equipment industry, including the Association of Equipment Manufacturers (AEM), Equipment Dealers Association (EDA) and a coalition of other equipment-industry groups.

Gordon-Byrne said it will become clear in a few more weeks which states are advancing the bills. “Very early to tell but we expect, based on last year, that several will be approved by committee – at which point lobbyists in opposition will pull out all the stops to block any floor votes,” she said.