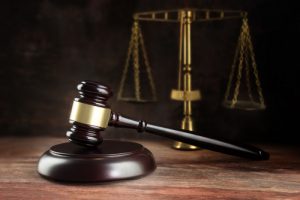 Two men accused of stockpiling and taking steps to illegally dispose of CRT glass have pleaded guilty to federal hazardous waste violations. One of them has been sentenced to probation.

Stone Castle Recycling CEO Anthony Stoddard and employee Jamen Wood were indicted on federal charges in July 2017, accused of improperly storing and disposing of hazardous waste and knowingly omitting material information on a manifest. The case is in U.S. District Court in the District of Utah, Northern Division.

Stone Castle Recycling, a Clearfield, Utah e-scrap collector that accepted CRTs and other material, began attracting the attention of state and federal regulators several years ago. The company and its facilities came under scrutiny for several reasons, including on-site fires and storage practices. The Basel Action Network (BAN) watchdog group later issued a report blasting Stone Castle for those issues and alleged it was involved with exporting e-scrap to Hong Kong.

In November, Wood was sentenced to four years of probation with no fines or restitution owed. Stoddard is scheduled to be sentenced on Jan. 28.

In early 2013, the U.S. EPA told Stoddard that tests of glass at his facility showed lead levels that classified it as hazardous waste. Shortly afterward, Wood told state regulators the company was “trying to get rid of its stockpiles of millions of pounds of CRT glass,” according to the indictment.

The company tried to negotiate a deal to send the glass to a non-hazardous waste landfill, but landfill representatives refused to take it. State regulators reiterated to Wood the glass was considered a hazardous waste.

In March 2013, Wood took a piece of panel glass and a piece of funnel glass and had them tested for lead to determine whether they constituted hazardous waste. He later told investigators he “did not know what he was doing when it came to testing,” according to a pre-sentencing recommendation from prosecutors, “and that he and Mr. Stoddard had ‘lots of different conversations’ that CRT glass was hazardous.”

The test results showed that the two pieces of glass were not hazardous, according to court documents. Prosecutors later attributed that to the small sample size and specific samples of glass submitted for testing.

Wood then contacted multiple other landfills, each of which declined to take the material because it was hazardous waste. Finally, he contacted Clean Harbors Grassy Mountain, a landfill that had both hazardous and non-hazardous waste storage capacity.

Although it could accept hazardous waste, after a landfill representative looked at the test results, the landfill agreed to accept CRT glass that was labeled as non-hazardous material, which required a far lower fee from the supplier. Wood sent 304,000 pounds of crushed CRT glass labeled “non-hazardous” in two shipments. Regulators learned what was going on and stopped a third shipment from being delivered to the landfill. They tested samples of the shipment and found it was hazardous, according to the pre-sentencing recommendation.

Stone Castle was barred from sending any more glass to Clean Harbors’ non-hazardous waste landfill. The landfill “had to take some remedial action” for the glass that had already been delivered, but the environmental impacts were “minimal,” according to court filings.

State inspectors visited Stone Castle three times during the summer of 2013. During the first visit, they observed 912 gaylords holding nearly 3.5 million pounds of CRT glass, stored inside and outside the warehouse. On the next visit, there were 1,411 gaylord boxes, and during their final visit, they found 1,458 boxes. Some were open and glass had spilled to the ground, the indictment states.

The Utah Department of Waste Management and Radiation Control issued Stoddard a violation of hazardous waste laws, ordering him to immediately move the boxes of glass indoors.

Stoddard said his business was working to meet the requirements to operate the facility in compliance with hazardous waste laws. The following year, Stone Castle vacated the facility “and abandoned the hundreds of boxes of CRT glass both inside and outside of the facility,” according to the indictment.

In the sentencing documents for Wood, the U.S. Attorney’s Office recommended no prison time and a probation period of four years, even though the crime carried a potential range of one to seven months of incarceration.

They said the lower sentence was appropriate for a number of reasons, including that it was debatable whether there was an actual “victim” of his crime. The landfill could be considered negligent, they indicated, because it had an employee review “test results that were obviously substandard” and physically inspect the CRT glass that was being disposed of.

The attorneys also noted that Wood’s actions did not result in “catastrophic harm” and that the pressure of keeping his job needed to be taken into account.