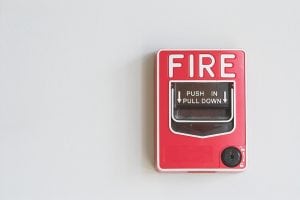 The International Code Council (ICC) is currently working on updates that will shape the next edition of its various codes, which are revised every three years. The rewrite is in its second stage, when various committees vote on proposed code changes to form a final proposal.

Changes proposed to the International Fire Code, which is a model code for local jurisdictions to adopt, have raised red flags among the electronics recycling industry because of regulations dealing with used batteries.

“The biggest concern has to do with the storage requirements,” said Craig Boswell, president of mobile-device-focused processor HOBI International, in an interview with E-Scrap News.

The draft changes “limit the facilities where used or off specification lithium-ion batteries can be stored,” according to the ICC. In certain facilities, used batteries would need to be stored separately from other materials in designated 200-square-foot-maximum rooms, which would need to be outfitted with substantial fire protective measures.

Although the requirements vary based on the type of facility handling the batteries, the general intent is to keep used batteries separate from other materials in an effort to prevent fires. The guidelines make an exception for batteries with less than 30 percent charge.

Boswell, who wrote about the proposal for the Institute of Scrap Recycling Industries’ electronics division, said there is some question over whether batteries removed during the recycling process would fall under the covered category.

“If they do, the workplace implications are substantive,” Boswell said.

According to the Rechargeable Battery Association, the proposals will be discussed at the ICC’s Public Comments Hearing, scheduled for Oct. 24 through Oct. 31 in Richmond, Va.

The implications are not yet certain and won’t be until more clarity comes out during the public hearings, but the possibilities have the e-scrap community paying attention.

“You can imagine if you’re storing batteries for upgrades, and every time you need one you have to walk to a separate room and bring it back over, optimum workflow would be hard to achieve,” Boswell explained. “It would be counterproductive to lean manufacturing.”

An earlier draft of the amendment was modified to create the current proposal. According to ICC documents, the change was made following battery industry pushback.

According to the ICC, battery industry representatives explained that the previous amendment would have shut down many battery collection and recycling efforts, including some that are required by law.

The fire regulation comes as battery fires in e-scrap facilities are gaining wider attention. Although they’ve been well-known in the industry for years, there has been a hesitance for companies to talk about fires in their own facilities. Boswell noted that it’s not fun to step up and announce that you’re having fires in your facility, because there might be a perception that the facility doesn’t have enough control over its processes.

“But more and more people are realizing, it’s not because I’m doing something wrong, but the nature of processing certain types of materials in this space,” Boswell said. “In any volume, it’s almost impossible to prevent them 100 percent.”

The problem received widespread attention this month, when the Washington Post published a column profiling the threats posed by lithium-ion batteries.

There are few published statistics on e-scrap facility battery fires. ITAD company Cascade Asset Management, during a U.S. EPA webinar earlier this year, described experiencing one fire for every 100,000 devices the company processed.

Boswell agreed that one “thermal event” for every 60,000 to 100,000 batteries touched is probably a good estimate. Some companies handle more than a million units with lithium-ion batteries per year. Those companies might have a dozen or more thermal events.

The problem is even more pronounced in municipal recycling facilities. There is a great deal of paper in these materials recovery facilities (MRFs), and when an improperly recycled battery ends up there, it has the potential to ignite various flammable materials. One MRF operator last fall said his facility was experiencing two fires per month caused by lithium-ion batteries.