An update to this story is available here. 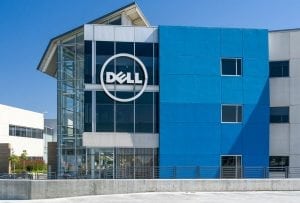 The Basel Action Network has launched a commercial tracking service to monitor e-scrap flows, and its first customer is an OEM that was lambasted by the watchdog group over exports two years ago.

Dell and Seattle-based BAN have teamed up to plant 40 tracking devices inside scrap electronics collected through Dell’s U.S. consumer take-back programs. The collaboration was announced today in conjunction with the release of Dell’s 2018 Corporate Social Responsibility Report.

In 2016, as part of its e-Trash Transparency Project, BAN published a report entitled “Disconnect: Goodwill and Dell, Exporting the Public’s e-Waste to Developing Countries.” BAN said it had used GPS trackers to follow devices dropped off at Goodwill stores, many of which partner with Dell as part of its Reconnect Program. A number were exported to East Asia.

“Given some lemons, Dell chose to make some lemonade,” Jim Puckett, executive director of BAN, stated in the press release issued today. “We applaud Dell for their desire to step up and work with us to proactively get ahead of potential downstream accountability issues and to take action. In just a few days, we will be inviting all major corporations and institutions to do the same.”

As part of the pilot project, Dell will deploy 30 devices seeded with trackers into its consumer collections stream. BAN will independently deploy another 10 into the stream. The goal is to ensure Dell’s partners and vendors comply with the company’s export policies, according to the release.

The collaboration marks the beginning of BAN’s EarthEye service, which officially launches on Thursday, June 21. BAN has used trackers to identify exports as part of its advocacy work, and its e-Stewards standard has used them to verify compliance with the electronics recycling standard.

The EarthEye service, however, will be open to all companies and institutions.

The use of GPS trackers to monitor e-scrap movement has gained momentum of late. Recently, a California company announced the availability of its own Green Tracking Service.