Report: U.S. generates the most e-scrap per person 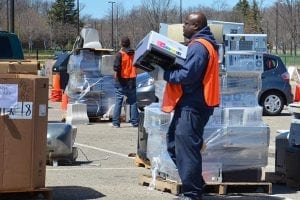 Researchers have compiled data on the global generation of used and end-of-life electronics, with an eye toward determining what the future e-scrap landscape will look like.

The study, titled “Statistics on the national arisings of e-scrap and the movement of e-scrap between countries,” was funded by the Bureau of International Recycling (BIR) and completed by Harokopio University of Athens.

Its goal, according to the authors, is to highlight “the challenges and opportunities related to e-scrap, providing a baseline for the recycling industry and policymakers to plan effective actions” for increased e-scrap recovery.

The study included a review of existing published research and some gathering of new data. Among other findings, the researchers determined that the U.S. generates the most e-scrap per person but that Asia leads by sheer volume generated.

Plans to fund the research were first announced in late 2016. BIR began reviewing the collected data in mid-2017 and offered some preliminary results later in the year.

The report included a variety of streams in its definition of e-scrap, including white goods and other electrical equipment. When available, it also parsed out individual streams, giving figures for both information/communication technology (ICT) and consumer electronics.

The study provided a breakdown by region of e-scrap generation in 2016, using the broader definition that includes appliances and electrical equipment.

These volumes are increasing fast, according to the report. The researchers provided estimates for global generation in 2025 and found that some regions will increase much more than others. Asia is expected to generate 23.7 million metric tons, or 49 percent more e-scrap than it generated in 2016. Western Europe comes in second at 10.2 million metric tons, followed by the U.S. and Canada at 9.2 million, Latin America and the Caribbean at 4.6 million, Eastern Europe at 3.4 million and Africa at 2.6 million. Total worldwide generation in 2025 is estimated at 58.9 million metric tons.

“The total quantities of e-scrap arisings are on an upward trend across the globe,” the study concludes, “with a very strong indication that this trend will continue unabated for some time due to the emergence of innovative technologies and more affordable electronics.” 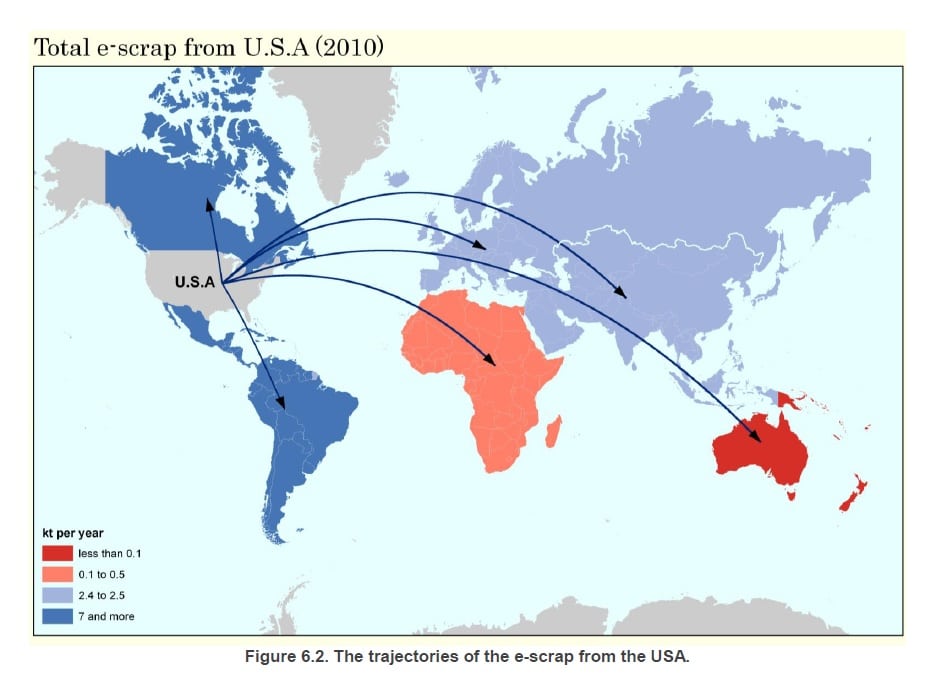 If generation data was difficult to come by, movement was even harder to track. Researchers discovered a “dearth of available, coherent and reliable quantified data.” Faced with this lack of solid comparable information, the researchers relied on the body of published work examining material flows in specific regions.

“Analysis of the available data indicates that the flows of e-scrap are defined by multiple, complex, and profit-oriented drivers,” the study states. “For instance, the West Africa region appears to import equipment with a reuse value, while China imports mainly concern e-scrap for materials recovery.”

The study drew on the 2016 report “Transboundary movements of used and waste electronic and electrical equipment,” for data in European e-scrap exports. That study found that, in 2013, European Union countries exported 10,300 metric tons of e-scrap materials, with desktop computers as the top exported device. Devices went primarily to Northern and Western Africa. Germany and the U.K. were the top exporters, with Latvia and Estonia sending significant amounts of material as well.

For the U.S., the study drew from the 2013 “Transboundary movements of discarded electrical and electronic equipment report.” The U.S. figures were presented in terms of device count, rather than weight. In 2010, the U.S. exported 14.4 million used or end-of-life devices, the study found, or about 8.5 percent of all e-scrap generated that year. Major destinations included China, Mexico, Paraguay and Venezuela, according to the report. 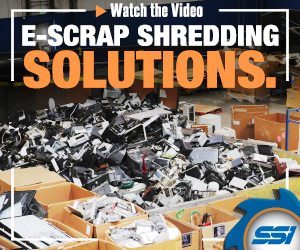