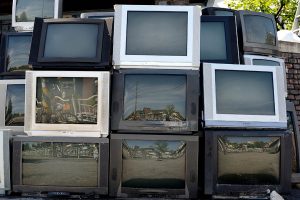 Processors in California will soon receive reimbursement rates that vary based on the type of device recycled. Regulators this week approved a variable payment rate system in response to the changing end-of-life electronics stream.

The California Department of Resources Recycling and Recovery (CalRecycle) approved regulatory changes providing a structure to implement multiple classes of processor payments. Right now, CalRecycle pays approved recycling operators a standard rate for collecting and processing all devices covered under the state e-scrap program. That rate is currently 49 cents a pound. Those that collect but don’t process devices receive a lower amount.

Under the new rules, the agency can split the standard rate into two categories, one for CRT devices and the other for non-CRTs, and set them at different rates.

Under California’s program, consumers fund the state recycling program with fees they pay when buying new electronics. The money is remitted to state government, which pays the collectors and processors.

Ana-Maria Stoian-Chu, who has replaced now-retired Jeff Hunts as manager of CalRecycle’s electronics recycling program, explained that non-CRT devices have become a “more significant portion of the waste stream” in recent years. In 2011, they were about 1 percent of the waste stream. By last year, they made up 40 percent of the weight of devices received through the program.

“The management of these non-CRT devices poses numerous challenges,” Stoian-Chu said during CalRecycle’s public meeting on March 20. She noted they often take longer to dismantle and contain less commodity value than CRT devices. But operators who recycle these devices are paid less to process each of them, even though they are more costly to handle, Stoian-Chu explained.

The next step is to determine what the payment rates should be set at. Under state law, payment rate changes must be approved by July 1. CalRecycle will hold workshops over the next couple months to discuss the rate amounts.