How certifications are shaping export realities

Over the past decade, third-party certification has become an expectation for many processors and refurbishers of electronics.

R2, which is administered by Sustainable Electronics Recycling International (SERI) and offers its certification on a facility-by-facility basis, lists over 450 certified recycling or refurbishment locations in the U.S. Meanwhile, e-Stewards, which was created by the Basel Action Network (BAN) and requires a participating firm to certify all of its facilities, counts close to 90 certified U.S. companies, many with multiple locations.

Many processors, in fact, are certified to both R2 and e-Stewards.

These now-ubiquitous standards are particularly impactful when it comes to sending material overseas. “Certification provides confidence that the exporting company has implemented a management system that addresses the applicable requirements so that the export is proper,” Paul Burck, president of auditor Orion Registrar, told E-Scrap News. “Without certification, there is no confidence that exports are proper.”

It makes sense, then, to look deeper at certification specifics as E-Scrap News continues its “Eye on Exports” series. Part One delved into the complex range of factors that play into whether a certain shipment overseas can be considered legal under U.S. law.

In this article, we explore the export-related protocols of e-Stewards and R2, the two primary e-scrap-focused certifications in the U.S. As industry veterans know well from years of debate between the standards, R2 and e-Stewards don’t always see eye to eye on what should be allowed to be sent to different parts of the world.

Parsing out the similarities and differences

It’s important to note that the standards do have some significant similarities on a macro level. Their requirements, which cover both used electronics bound for reuse and scrap material bound for recycling, often go above and beyond legal requirements and are aimed at combating mismanagement of electronics.

And many industry members note the standards have indeed led to clear improvements in how e-scrap is moved downstream.

“If you’re a certified recycler, you have to ask whether you’ve taken all steps and done the due diligence to make sure that you know what [a shipment’s] ultimate fate is, where it’s ultimately going to end up,” said Jason Linnell, executive director of the National Center for Electronics Recycling (NCER).

Nevertheless, for years, the heated debate over R2 and e-Stewards has often boiled down to their stances on shipments abroad. In fact, the 2008 release of the R2 standard, which was the result of a multi-stakeholder process led by the U.S. EPA, convinced BAN to devise the e-Stewards standard in response. To this day, BAN maintains a strongly worded document alleging R2’s leniency on the topic of exports, while SERI argues R2 often surpasses legal requirements abroad.

R2 has generally been viewed by members of the e-scrap industry as more export-friendly while e-Stewards has been understood to hold a more rigid approach to overseas shipments. “I think that’s still that perception of the two,” Linnell said.

This means that e-Stewards-certified firms in the U.S. are required to route potentially harmful or toxic shipments to domestic outlets or to other developed countries.

“E-Stewards became the only viable alternative to implement the Basel Convention in the U.S. in order to eliminate the practice of gross cost externalization and resultant environmental injustice.”
– Jim Puckett of Basel Action Network

“E-waste dumping on the developing world has been one of the greatest environmental crimes of the century,” Puckett said. “The sheer volumes of hazardous e-wastes that have been involved, even by the most conservative estimates, particularly from the United States, are staggering.”

According to Puckett, BAN sought “a market solution” to this problem with the creation of e-Stewards, incorporating the requirements of an important international treaty, the Basel Convention on the Control of Transboundary Movements of Hazardous Wastes and Their Disposal.

While the U.S. has signed the Basel treaty, which took effect in 1992 and prohibits the trade of hazardous waste between developed and developing countries, the U.S. has not enacted legislation to ratify it. This has led some to argue there’s a legal vacuum in the U.S. Critics charge that existing U.S. law does not adequately address trade with the developing world.

“E-Stewards became the only viable alternative to implement the Basel Convention in the U.S. in order to eliminate the practice of gross cost externalization and resultant environmental injustice,” Puckett said.

The R2 standard, meanwhile, does not ban shipments of e-scrap to developing countries. But it does require firms to ensure that such shipments, including those that contain potentially hazardous components – known as “focus materials” under R2 – are legal and follow the standard’s guidelines on documentation, downstream due diligence and management.

“I think that our missions are different,” said Corey Dehmey, SERI’s R2 director. “Here at SERI and R2, we’re looking at ensuring the responsible reuse and recycling of electronics around the world.”

Dehmey said, however, that R2 puts a strong focus on understanding where material is going abroad and how it is being managed once it arrives. “We’re concerned that it’s legal and that it’s being managed by a qualified downstream vendor that has the capabilities to properly manage it,” Dehmey stated.

Under the standard, certified firms shipping non-working devices or items containing focus materials (such as lead or mercury) are required to prove, first and foremost, the legality of the shipment. This requirement covers material that is sent to a downstream vendor or intermediary before being shipped to its ultimate destination.

“Without certification, there is no confidence that exports are proper.”
– Paul Burck of Orion Registrar

According to the standard, “Prior to shipment, the recycler shall identify the countries that are receiving or transferring such shipments, obtain documentation demonstrating that each such country legally accepts such shipments, and demonstrate compliance of each shipment with the applicable export and import laws.”

Dehmey added, “The standard doesn’t assume that it’s legal. Each R2-certified company is required to demonstrate that it’s legal with the documentation to support that.”

For instance, if a company attempts to send shipments containing focus materials to a country that has ratified the Basel Convention, it would likely be deemed illegal and therefore not permitted under R2. “If countries want to ban it or not, that’s up to them to decide and we respect that and require that it’s followed,” Dehmey said.

Downstream partners of R2-certified firms are not required to be certified to the standard, but are expected to manage the material “in a manner protective of worker health and safety, public health, and the environment,” the R2 document states.  This includes following a pre-established processing plan for focus materials and complying with the standard’s baseline on-site environmental, health and safety requirements.

For shipments of what it deems to be working devices, R2 has less demanding requirements. In addition to allowing tested and fully functional devices to be shipped overseas without extensive consent and legal documentation, the standard also allows shipments of devices that have been tested for “key functions.” This criteria, which does not exist under e-Stewards, is defined as “the originally-intended functions of a unit of equipment or component, or a subset thereof, that will satisfactorily serve the purpose(s) of someone who will reuse the unit.”

Dehmey stated that waste regulations abroad don’t often come into play with devices that are fully functional or have been tested for key functionality. “Tested, working devices are typically not considered a waste and therefore, in most countries, the waste regulations for import wouldn’t apply,” he noted.

Not everything banned under e-Stewards

While e-Stewards prohibits shipping hazardous material and problematic components and materials from developed to developing countries, it does not ban exports altogether. For instance, tested and fully functional equipment can make its way anywhere as long as such shipments are legal and the devices are going toward reuse.

“All agree that if equipment is tested for functionality, proves to be fully functional, and is destined for re-use and not disposal, then the material is a non-waste,” Puckett noted.

While R2 makes clear certified firms must devise “accurate” and “effective” testing methods for its reuse-bound devices, e-Stewards is noticeably more detailed on the issue.  For instance, devices with rechargeable batteries must go through an extensive testing protocol before being deemed fully functional and able to shipped abroad.

In addition, e-Stewards allows e-scrap stakeholders to move hazardous waste from one developed country to another as long as those countries have an agreement in place. As with R2, e-Stewards does not require downstream vendors to be certified to e-Stewards, but it does require processors to perform due diligence on their partners and to closely track and document shipments containing hazardous material or problematic components and materials. The standard also prohibits forced or child labor throughout the recycling chain.

“We’re concerned that it’s legal and that it’s being managed by a qualified downstream vendor that has the capabilities to properly manage it.”
– Corey Dehmey of Sustainable Electronics Recycling International

The prohibition on trade of hazardous materials or problematic components and materials between developed and developing countries, however, is firm, Puckett said.

“E-stewards recyclers and BAN aren’t against trade per se, but we are against dirty, exploitive recycling and trade to such operations simply to save a dollar,” he said.

The consensus among stakeholders contacted by E-Scrap News is certification standards have played an important role in the evolution of e-scrap exports – and the industry as a whole.

Billy Johnson, director of political and public affairs at the Institute of Scrap Recycling Industries (ISRI), said his group remains opposed to overarching changes to U.S. export law, but he noted there is strong support for certifications within the industry.

“Especially as people are concerned that their old phone is being recycled – no matter where it’s going – the standards are really very important,” Johnson said.

Linnell from NCER said the additional requirements brought about by certifications have been a positive for the industry.

“I think they play an important role for sure, because the legal requirements are built into the certifications,” Linnell said.  “When you have that auditor coming through, it puts more attention on those legal details and makes sure you’re following them.”

A leader at ECS Refining, which has facilities certified to both R2 and e-Stewards, noted the standards have forced recycling entities to keep ethics and the environment central to their decision-making.

“Without these certifications, the industry probably would not be asking these questions, especially when price is the driving factor,” said Beverly Kennedy, the firm’s director of environmental, health and safety. “It takes a lot of time and effort, but it definitely should be done.” 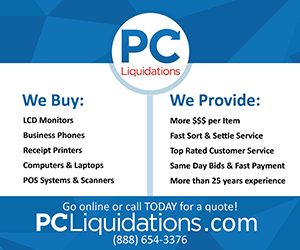