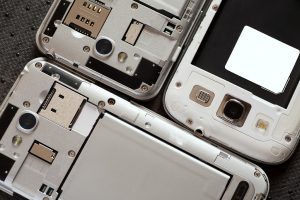 A lithium-ion battery expert says smartphone reuse trends will hamper the ability to use mobile device batteries as a major source of cobalt.

Samsung recently announced its intention to recover cobalt from smartphone lithium-ion batteries, given the skyrocketing price of the metal and pressure to move away from sourcing conflict minerals from the Congo.

Currently, used smartphones that are recovered are often moved through take-back programs, the majority of which route the devices to China for refurbishment, according to Melin. In China, they’ll be worked on and sent to used device stores based on their quality.

“Broken phones will be used for spare parts in phones in better condition or to be sold on the local component markets,” Melin wrote. “Phones with heavy wear and tear will go to the domestic market or to markets like Africa and … Southeast Asian countries.”

That means a great deal of used smartphones are not available for commodity recovery, according to the report. And when they are no longer suitable for reuse, Chinese recycling companies and battery manufacturers stand to benefit, not their counterparts in North America and Europe.

Melin advises the development of local reuse markets and ways to channel devices into those markets, if smartphone batteries are to be used as a serious cobalt supply for new battery production.

“Technologies, services and legislation that can enable local reuse would not only create value through new products and services but also secure access to batteries for recycling,” Melin wrote.