In My Opinion: Tracker project forces industry to look in the mirror 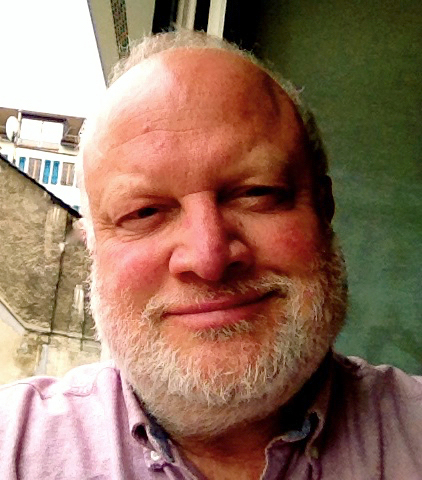 Steven Elmore, in his opinion piece entitled “BAN’s tracking project missed opportunities to advance industry,” seems to have complaints both about our study and about BAN’s advocacy positions. Upon reflection, it might be the latter complaint that lies at the heart of his lament. But, first we would like to address his complaints about our study.

At the outset, we will remind the reader that with our e-Trash Transparency Project, BAN finally provided the first significant study that actually followed real electronic waste in the global marketplace and did not rely on self-reporting, or misleading commodity (not waste) data.

BAN’s study is also the first study that took the trouble to go look at the end points of the flows and determine whether the trade observed resulted in environmental harm or not. And we were the first to discuss the legality of the observed trade.

With these pioneering strides that provide the industry, ITAD customers and the public with the first clear reality check on its behavior, we have some difficulty understanding the charge of missing an opportunity. Certainly, as we said at the time of publication, the study involved a relatively small sample size and did not examine all geographies or all types of e-waste due to resource constraints, but the complaint sounds somewhat like blaming the astronauts for only landing on the moon while missing the opportunity to visit Mars and Venus while they were at it. In any case, rest assured this will not be the last such study using trackers – they are still being deployed as we speak, and we are open to new suggestions.

Elmore stated also that he did not think that we provided a “clearly defined presentation of the study’s structure.” But in fact, in the methodology section and elsewhere, we speak plainly of how we handled and deployed the devices, how the deployment choices were made, how the devices worked, etc. Indeed, there is a great deal of data available in the report and we have been happy to respond to requests for additional information of specific details from academics and recyclers since publication.

Exports were illegal, not ‘vital’

Regarding export, the author stated that BAN’s conclusions “push for the exclusion of export as a reliable option for the economic, sustainable and socially responsible method for the handling of electronic scrap.”

He seems to have missed the fact that the specific type of export BAN is concerned about and described in the report is illegal under international law (the Basel Convention) and BAN has for years sought to bring the United States and its recyclers into compliance with the law. We are not opposed to all exports, of course, but the export of hazardous and non-functional electronic equipment to developing countries that are Party to the Basel Convention, such as China, is illegal for those importing countries. Yet the author describes the export we revealed as “vital.” Is the author claiming that which is illegal is “vital”?

And, as our report hopefully made clear, when we followed the pathway of the trackers, there is a clear reason for the law – too many U.S. electronics recyclers are poisoning Asian workers and their environment. There is nothing “sustainable or socially responsible” about the destinations of our tracked devices we followed to Asia. Had we not conducted our investigations and reports, the industry and their customers would remain unaware of that sad fact or might believe such reprehensible recycling was a thing of the past. Is the author claiming that which is environmentally damaging is essential?

With respect to promoting e-Stewards over R2, we remind the author and others that we are an environmental organization and it is precisely due to the fact that R2 promoted and still promotes non-compliance with international law that we created e-Stewards as an advocacy solution. Together with our industry supporters, we provide a certification program that implements international law instead of defying it, and in so doing can benefit the entire industry in being more socially and environmentally responsible.

Elmore concludes by implying that without export the U.S. would be inundated with electronic waste equivalent to the amount of a layer nine feet deep in an area the size of the Great Salt Lake.

We don’t believe that the alternative to export is filling up the Great Salt Lake with electronics or any other place in the U.S. We know for a fact that truly responsible American recyclers are very capable of managing all American generated e-waste if paid a proper price for doing that job. But when about 40 percent to 50 percent of American recyclers have placed an artificially low price on recycling due to cheap and dirty export pathways, responsible recyclers can hardly survive. It is precisely to prevent this type of cost externalization and regressive competition that we created the e-Stewards program.

The BAN e-Trash Transparency Project has done nothing more than report some telling facts about the U.S. recycling industry today. It has, in effect, held up a mirror to the industry and asks “who are you really?” Are you really all about the environment, as your websites claim, or are you all about the money, as too many of your trade activities suggest?

After looking in the mirror, we welcome recyclers to join in identifying as a truly sustainable recycling business that refuses to dump its waste anywhere, and in particular not on the developing world.